Where Is LA’s Finest Filmed? 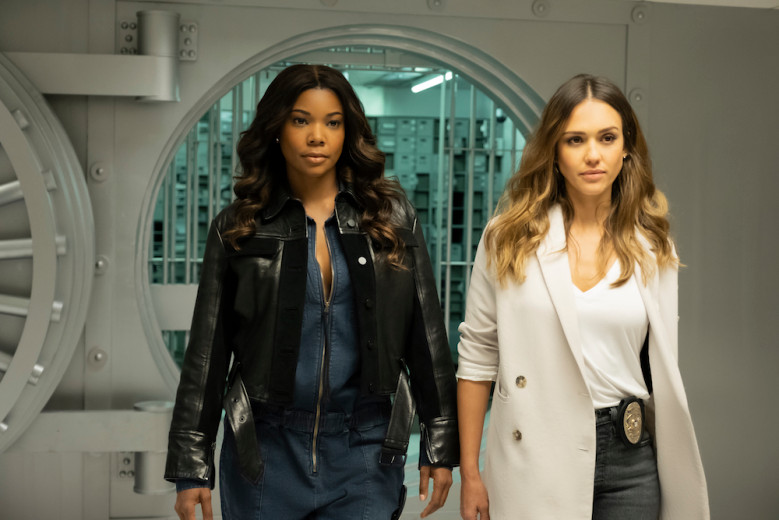 Based in the same universe as Michael Bay’s blockbuster ‘Bad Boys’ films, ‘LA’s Finest’ is a Spectrum original crime drama series starring Gabrielle Union and Jessica Alba. Union reprises her role from ‘Bad Boys 2’, DEA agent turned LAPD detective Sydney “Syd” Burnett, the sister of Martin Lawrence’s character, Marcus Burnett. Alba essays the role of Nancy McKenna, an LAPD officer and partner of Sydney with a criminal past that most people aren’t aware of. The show garnered considerable attention even at the time of its production. And that is not only because it’s a spin-off of the ‘Bad Boys’ films but also because both Union and Alba are Hollywood A-listers. Since its release, the show has received positive responses from critics and fans alike. If you are fascinated by the show’s sophisticated production value and elaborate action sequences and wondering where they managed to film such scenes, we have the answers for you.

Smile! New episodes of #LAsFinest available to stream tomorrow exclusively on Spectrum On Demand. Catch up before next week’s season finale. [Link in bio] #bts

For a series to be named ‘LA’s Finest’, it has to meet two criteria: First, it has to be set in Los Angeles, and second, it has to be about LAPD officers. Created by Brandon Margolis and Brandon Sonnier, the show easily meets both of these requirements. Now, with all the major studios based in the city, it is just financially sensible to film the show on location. As a result, most of the scenes in LA’s Finest’ were shot in Los Angeles itself.

🌃 Catch all the amazing city views on #LasFinest. New episodes every Monday exclusively on Spectrum On Demand. [Link in bio]

Like ‘The Shield’ and ‘The Closer’ before it, ‘LA’s Finest’ was predominantly filmed in Los Angeles and surrounding areas. Some local businesses state that some scenes of the show were filmed in South Park and Pico Gardens in downtown LA. Some scenes were also filmed at Zinc café and market located at 580 S. Mateo Street. Furthermore, the production team was also spotted at 1380 E 6th St, Los Angeles, and S Clarence Street.

During the production of season 1, several scenes were shot at the San Pedro set in early 2019. Both Margolis and Sonnier were present there at the time, along with several other producers. They were watching the filming of a stunt sequence involving multiple cars on a monitor inside the video village when one of the stunt cars crashed into a cargo container, which or the car itself hit the video village. Both Margolis and Sonnier were wounded. But Margolis escaped with minor injuries. Sonnier wasn’t so lucky, and one of his legs had to be amputated.