Where is Laura Lynne Jackson Now? Is Her Technique Real or Fake? 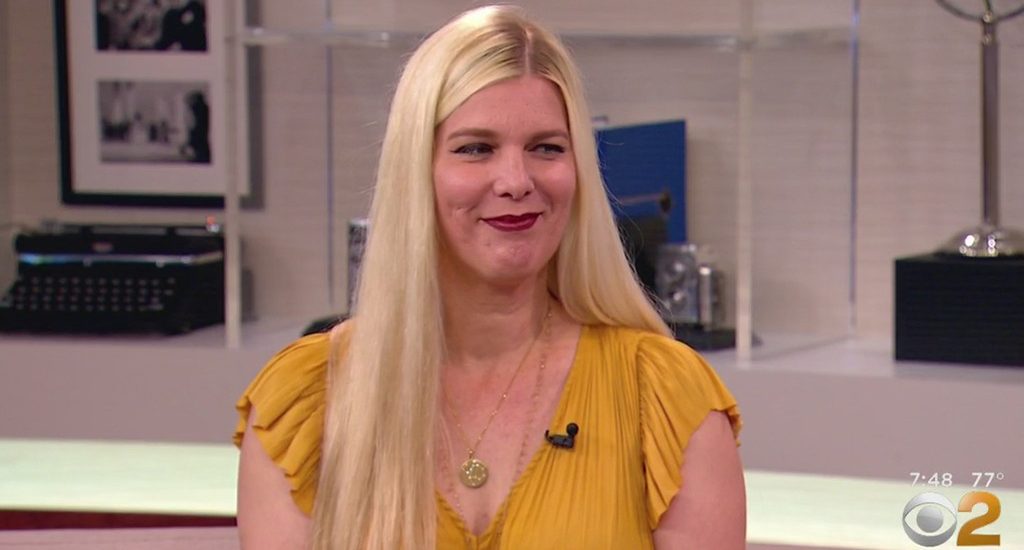 One of the most fascinating yet outrageous episodes  on Gwyneth Paltrow’s ‘The Goop Lab’ is the final one, titled, “Are You Intuit?”. It introduces us to Laura Lynne Jackson, one of the best known psychic mediums of the nation. She tells us that any one of us can access our psychic power if we really try. Then, she takes a bunch of Goopers through a workshop where she tries to get them reach that ability. Of course, along the way, she also serves as a medium for a bunch of them. And we can’t help but wonder if this is actually real? The cynical skeptic us certainly disagrees. Yet, the “what if” continues to linger. Well, here, we’ll try to answer these complex questions.

Laura Lynne Jackson is an international speaker, teacher, and practicing psychic medium. She has dedicated her life to building connections to each other, and to the other side. Laura’s been a part of the research on afterlife, trying to understand and explore the survival of consciousness outside the physical body after death. She has also penned the New York Times bestseller, The Light Between Us, which has been translated to more than 20 languages.

Laura believes she has been psychic since a young age as she could obverse other people’s emotions and see colours around them. But she only realized her ability when she was 11, around the time of her grandfather’s death.Before fully dedicating herself to psychic mediumship, Laura was a full-time high school English teacher for nearly 20 years.

She is one of the 19 people in the U.S. to be declared a certified medium. She currently works as a research medium for Windbridge Research Center, a nonprofit organization based in Arizona which works with applied parapsychological research. Dr. Julie Beischel, who we see in ‘The Goop Lab’ is its co-founder and Director of Research.

Laura also works with the Forever Family Foundation, another non-profit organization that aims to understand “Afterlife Science” through research, while also supporting and healing people in grief. She taught in Herricks High School, New York, and lives in Long Island with her husband and their three children.

Jackson is able to observe signs and communicate with mediums through her mind, as they reveal to her parts of their pasts. Several individuals who have worked with Jackson are of the belief that they really did communicate with their loved ones. Jackson neither made use of cold readings nor hot readings. Instead, she could reveal extremely intimate details that would be difficult to learn otherwise.

There is no way to really confirm whether or not Laura’s technique is real. Psychic mediumship is a part of parapsychology and is considered a pseudoscience. This is because of its lack of replicable empirical evidence. In fact, scientists remain skeptical about psychic mediumship because of its long history of frauds and scams. However, several scientists have also grown to be more sympathetic towards these concepts over time.

Researchers like Beischel have actively worked on accuracy testing with mediums, one of which is Laura. According to her, the results revealed a statistically significant evidence that the mediums were able to report accurate and specific information about deceased people under controlled laboratory conditions. There was also an EEG study which concluded that the mediums experience a different mental state when they communicate with the deceased, than what occurs while fabricating information or recalling facts.

Though statistics may show proof of a certain kind of existence, there are no valid scientific reasons for it. There is no denying that psychics have been studied by credible scientists from even back in the 1800s. But there are also a large number of frauds that exist in the industry. In fact, their statistics may be more in number.

In fact, even back in the 1800s, as the Encyclopaedia Britannica states, “…one by one, the Spiritualist mediums were discovered to be engaged in fraud, sometimes employing the techniques of stage magicians in their attempts to convince people of their clairvoyant powers.”  Having said that, there have also been several records of experiences by people who have felt and experienced psychic energy and communicated with their loved ones successfully through mediums.

There is no denying that Forever Family Foundation and Windbridge Research Center are real organizations. But as there is not enough empirical proof about their studies, it makes sense to treat them critically. Interestingly, in the past years, certain scientists have found reasons to believe that there may actually be consciousness after death, as the soul could continue to live on a quantum scale.

Dr. Sam Parnia from NYU Langone Medical Centre proposed that our consciousness sticks around after we die for at least 20 seconds. There is also obvious proof that your energy lives on even after you die. According to the first law of thermodynamics, our energy is never destroyed but transformed.  This may to some degree prove something about life after death. However, there are still no scientific proof on mediumship and how it works.

Of course, there are still things that can’t be proven in today’s age, things that are beyond the realm of science. At best, one can keep an open mind. While at the same time, remain critical as to not be exploited by frauds. Whether its real or not, whether we can explain it or not, one thing remains true. Laura’s mediumship has helped several individuals with grief, allowing them to feel a sense of closure.