Where Is Lauren Salzman Now? 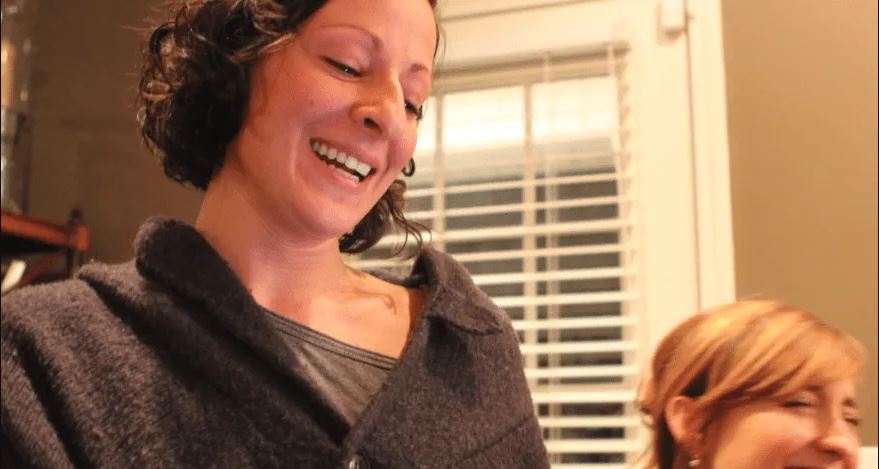 ‘The Vow’ is an HBO original documentary series that delves deep into the workings of the “self-help group” by the name of NXIVM. This controversial organization got shoved into the spotlight after several former members blew the whistle on the group’s illegal activities. In 2017, there was even a New York Times expose that highlighted the fact that there was an inner cult within the company, wherein women became “sex slaves” and served their “masters,” including NXIVM’s leader Keith Raniere. Of course, as it would have been impossible for Keith to do it all alone, ‘The Vow’ highlighted how he had the help of a mother-daughter duo -Nancy Salzman and Lauren Salzman – who stayed loyal to him until the very end.

Who Is Lauren Salzman?

Lauren Salzman is the daughter of Nancy Salzman – a former nurse and trained hypnotist, who co-founded NXIVM alongside Keith Raniere in 1998, and marketed it as a self-help group that was guided by humanitarian principles. According to Rolling Stone, Lauren met Keith that same year, when she was 21. And soon, in 2001, they began their sexual relationship. Apparently, this continued in secret until 2008 or 2009, while she rose in DOS – the “master-slave” sorority in NXIVM. It was in between this, around 2006, that Lauren, an NXIVM leader and a DOS slave master herself, began recruiting celebrities to join the group. According to her, her motivation was the fact that Keith made promises of starting a family with her.

Within DOS itself, it has been reported that at one point, Lauren had as many as 22 “slaves” under her. She was so hardworking and loyal to Keith that she rose in the ranks quite quickly. She even admitted that she kept a Mexican slave locked in a room from March 2010 to April 2012, just because she disrespected Keith’s wishes. During these two years, Lauren would constantly threaten the slave with deportation to get her to do her bidding. In 2017, before the group’s eventual exposure and fall from grace, her involvement in it deepened as she joined the innermost circle of DOS. Within this, she and a bunch of other women met three times a week just to pose for nude photos to be sent to Keith.

Where Is Lauren Salzman Today?

Lauren Salzman was with Keith Raniere in Mexico when he was arrested on March 25, 2018. When the police showed up that day, her only instinct was to protect Keith, so she tried her best, but eventually failed. Therefore, because of all her actions – that day, and in the past – she, along with four other women (including her mother), was arrested on racketeering charges by July. In the end, Lauren agreed to testify against Keith and became a key witness for the prosecuting side by exposing the horrifying details of the cult. She admitted to being a master, the branding, the sex, the trafficking, Keith’s control of the women’s weight and actions, and even the collateral.

In March 2019, Lauren pleaded guilty to the charges of racketeering and racketeering conspiracy. Her sentence hearing was scheduled for September of 2019, but it has since been indefinitely delayed. Therefore, she is yet to be incarcerated. According to the New York Post, Lauren faces up to 20 years in prison, but she could be given a lesser sentence thanks to her cooperation with the authorities. The fact that she agreed to testify against Keith has been monumental, and that is probably one of the reasons why her hearing is not being pushed to happen earlier. From what we can tell, the prosecutors are first focusing on finishing up with Keith’s case: his sentence hearing is due in October.

Until all that transpires, though, Lauren Salzman is to remain under house arrest, with an electronic GPS monitor tracking her movements at all times. Last summer, she did try to get her restrictions lessened, stating that her guilty plea should allow her more freedom in her community at least, but a judge denied her request. However, what was not denied to Lauren was her wish to communicate with her mother, Nancy Salzman.