Where Is Leah Remini Now? 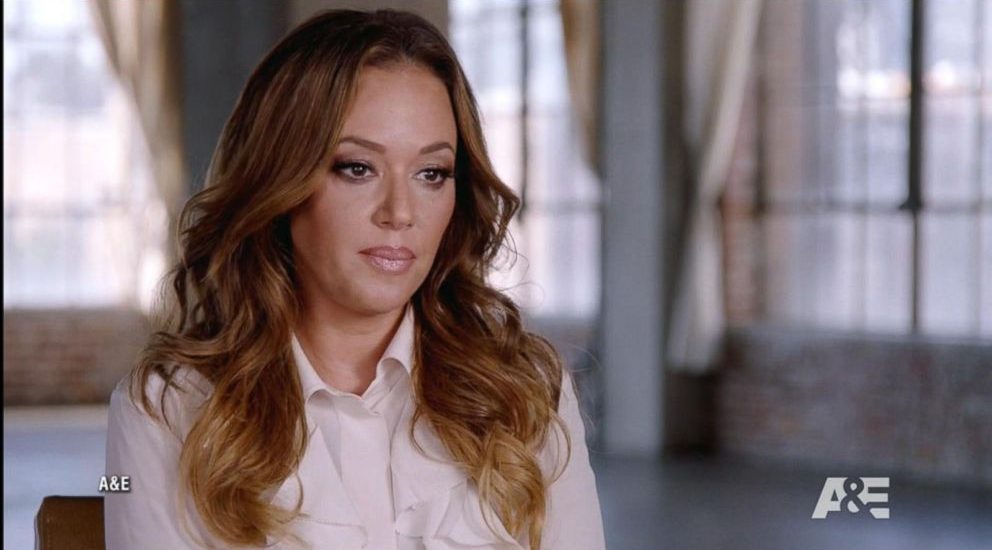 ‘Leah Remini: Scientology and the Aftermath’ is a documentary series that concluded with a two-hour special series finale in August of 2019. But even now, the response it has been gathering is groundbreaking. In the docu-series, actress Leah Remini reports on the secretive and controversial Church of Scientology, which she was a part of for decades.

Leah shares her own experiences, along with other high-level former Scientology executives and members pitching in, to reveal some shocking stories and allege abuse and harassment towards the organization and its leaders. They all highlight how their lives have been affected by it even years after they have left. So, you must be wondering where Leah is now, right? Well, we’ve got you covered.

Who Is Leah Remini?

Born on June 15, 1970, in Brooklyn, New York City, Leah Remini is the daughter of Vicki Marshall, a schoolteacher, and George Remini, who owned an asbestos removal company. While Leah’s mother is of Austrian-Jewish descent, her father had Italian ancestry, rooted in Sicily. Therefore, she was baptized Roman Catholic and raised as a traditional Catholic during her early childhood, which she spent in Bensonhurst with her siblings and half-siblings.

However, when Leah was 9-years-old, her mother joined the Church of Scientology, and she was thereafter raised as a Scientologist. And at 13-years-old, the whole family moved to Los Angeles, California, where Leah spent the remainder of her teenage years within the Church. During the late 1980s, Leah began her acting career. And owing to the small acting roles she got then, Leah landed parts on ‘The Man in the Family,’ ‘Saved by the Bell,’ ‘Evening Shade,’ ‘First Time Out,’ and ‘Fired Up.’

Subsequently, Leah became one of the stars on the CBS sitcom ‘The King of Queens,’ a series that ran for nine seasons, from September 21, 1998, to May 14, 2007. All the while Leah was making it big in the entertainment industry, she was also still actively involved in her Church. In fact, in December of 2005, she helped the Citizens Commission on Human Rights, a subgroup of Scientology, to promote the gala opening of the Psychiatry: An Industry of Death museum on Sunset Boulevard in Hollywood. 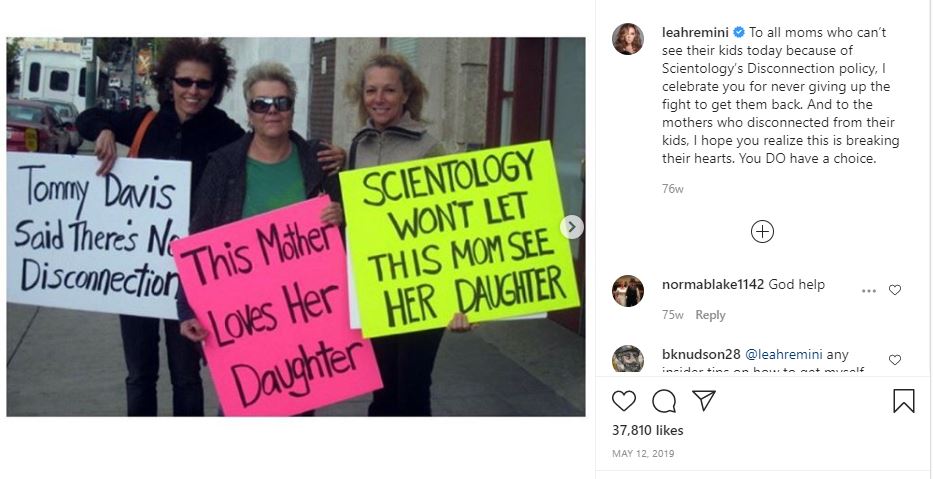 However, in July of 2013, Leah Remini left Scientology because of the many policies that forbid members from questioning the management, leaders, or workings of the Church. Leah believed that the whole regime, including Church leader David Miscavige, was corrupt. She also wondered about the reported abuse of members of its Sea Org religious order.

Even to this day, she expresses her displeasure with the Church’s policy of “disconnect” and practice of branding those who have left it on their own accord as “suppressive persons.” Following Leah’s departure from Scientology, sources claimed that she was “subjected to years of ‘interrogations’ and ‘thought modification'” that led to her to being blackballed within the organization. Thankfully, though, with the support of her family, who left with Leah, she was able to move on.

Where Is Leah Remini Now?

Leah Remini now lives a life of freedom with her husband, actor Angelo Pagán, his three sons from a previous relationship, and their daughter, Sofia, born on June 16, 2004. Along with that, Leah is also doing her best to work towards showing people what she believes to be the reality behind the Church of Scientology. For this, two years after she left the Church and began her public criticism of it, she published a book, a memoir called ‘Troublemaker: Surviving Hollywood and Scientology.’

And just a year later, she began co-producing and hosting the A&E documentary series ‘Leah Remini: Scientology and the Aftermath,’ for which she has won two Primetime Emmy Awards. In a 2015 interview with People magazine, Leah Remini revealed that she is now embracing Catholicism and has found comfort in the religion’s practices because of how contrasting it is from the Church of Scientology’s. “Nobody is asking me for money. Nobody is demanding that I come,” she said. “I light a candle, I sit, and I listen.”

According to the site, Leah estimates that she gave nearly $5 million to her former Church over 35 years in the religion. But now, Leah seems to be happy with where she is, especially as both her personal and professional life are flourishing. After all, she has been a part of movies like ‘Mad Families’ and ‘Second Act,’ and shows like ‘Kevin Can Wait’ over the last few years. Honestly, Leah Remini’s Instagram bio perfectly describes where she is in her life right now: “Mother. Wife. Actress. Author. Producer. Advocate. Intolerant of Bullies, Bullsh-t & Injustice.”