Where Is Leneatha Reed From My 600-lb Life Now? 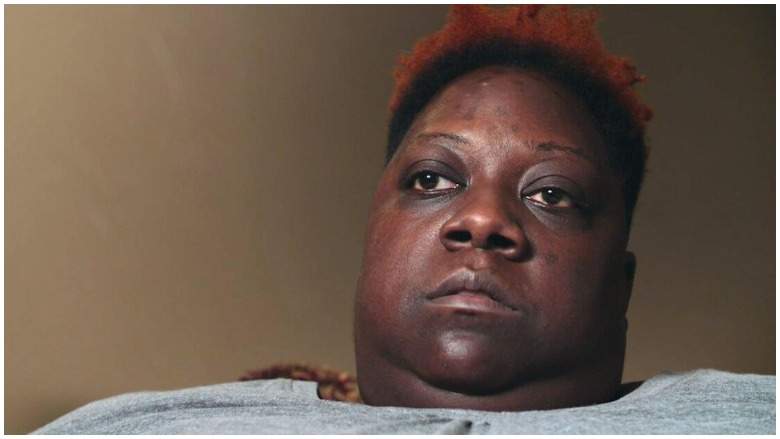 Rarely it happens that the reality stars in ‘My 600-lb Life’ are famous before they appear in the series. However, here’s one exceptional instance. Leneatha Reed was already known to several fans before she featured in the show’s 16th episode from season 8.

Reed has a Facebook page titled Fit2Phat where she used to post updates on how she plans to lose over 450 lbs. On the page, she regularly wrote about how difficult it was to take care of her two-year-old daughter. She was even featured in an interview with Good Morning America, where she said: “I couldn’t get down on the floor and play with her… even giving her a bath was a challenge. I said, ‘You want to be here for your daughter? It’s time to get up and do something about it.'”

So, the producers of ‘My 600-lb Life’ decided to help out Reed. But is this morbidly obese woman successful in her dreams? Let’s find out.

Who Is Leneatha Reed and What’s Her Story?

Leneatha, when she appears in ‘My 600-lb Life’ is a 40-year-old mum of a two-year-old kid. She explains that her weight gain started when she began to develop complications following a breast reduction surgery. She had to be put on life support and was compelled to take steroids. As a result, she gradually started putting on pounds and when she visits Dr. Now, she tips the scales at over 650 lbs.

In her interview with GMA, Reed had said earlier: “Even right now, I can’t go to the movies because I can’t sit in the chair. I went to see ‘Black Panther’ when it came out and I was so embarrassed and ashamed because I had to place a chair in the handicapped section. I said [to myself], ‘There has to be something better than this.’”

Where Is Leneatha Reed Now?

After Reed meets Dr. Now, she displays extreme positivity and dedication. She joins the gym and teams up with her trainer to burn those much-required calories. She also states that her stamina has increased and she is hopeful about her future.

However, Leneatha, despite her claims, misses multiple appointments with Dr. Now, claiming that she has other priorities (like raising a daughter). She talks with the celebrity bariatric surgeon over a video call and says that she is too busy since she is a single mum. And well, that’s it. Leneatha quits the program even before she makes any real progress. And all Dr. Now can tell her is to follow her diet and aim to reach below 500 lbs.

Currently, Leneatha’s personal social media handles are non-operational. Her Facebook profile might have been deactivated by the reality star. Even her public page, which had made her a viral hit before she was cast in the show, was last updated in December 2019. And it does not look like Leneatha has made much progress in the last, recent months. Check out her most recent post below:

Just stopping by to say heyyyyyyy! Thank you all for the inboxes checking in on me! Y’all truly have made my heart…

We really hope she makes her health a priority and starts sticking to her vows that she had made on her social media channels.