Where is Lil’ Kim Now? 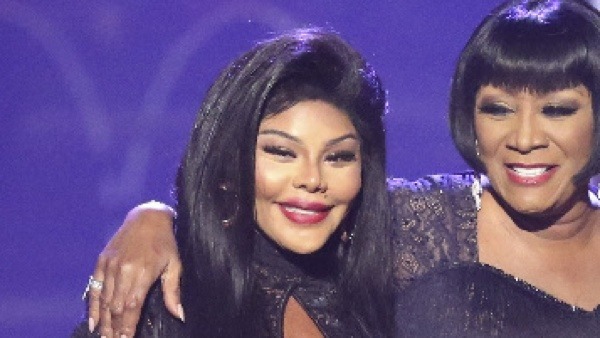 Kimberly Denise Jones or Lil’ Kim is an American rapper who managed to become an icon for women everywhere, with her aggressive lyrics, when she burst into the scene. Often dubbed by many as the Queen of Rap, Lil’ Kim’s lyrics have always been distinct because of how she chose to speak of her sex life while remaining clear about what she wanted from men who tried to court her.

Notably, Lil’ Kim spent a lot of time on the streets, as a kid, trying freestyle rap. She was influenced by the likes of MC Lyte and The Lady of Rage. Her path crossed with Biggie, or The Notorious B.I.G., in 1994, when the rapper noticed her talent, extending her an invitation to be part of Junior M.A.F.I.A. For those unaware, this was Biggie’s group based out of Brooklyn. The acronym stands for ‘Masters At Finding Intelligent Attitudes’.

Biggie and Kim put out ‘Conspiracy’ in 1995, which made waves. Kim soon came out with her debut album, ‘Hard Core’ in 1996, that became double platinum, and cemented her place as an artist to watch out for. Over her career, Kim has put out some other great albums, like ‘La Bella Mafia’, and ‘The Notorious K.I.M.’. She is one of the few female rappers to have at least three platinum-certified studio albums.

Despite Kim’s numerous achievements in the field of music, many think of her as the woman Biggie had an affair with, while married to Faith Evans. Now that Lifetime’s documentary ‘Hopelessly In Love’ is shining a light on Biggie’s affair with Lil’ Kim once again, people are bound to ask where the talented musician is, currently. We have got you covered in that regard.

Born in the Bedford–Stuyvesant neighborhood of Brooklyn, Jones had a tough childhood, especially after her parents split up. Eventually, she was kicked out of the house and started living on the street. Biggie was a big name back then, due to the waves he was making in the music industry. When Jones appeared on stage with him, she took the name Lil’ Kim, as she was just 19 at the time.

Despite having a celebrated career, with noteworthy albums, Kim did serve a prison sentence for one year. She was charged and convicted on three counts of conspiracy and one count of perjury for lying to a federal grand jury about the involvement of her friends in a 2001 shooting that took place in front of a Manhattan studio. Kim had to serve one year in prison, thirty days of home detention, and three months of probation. She was sentenced in July 2005, and while serving time, her fourth album, ‘The Naked Truth’ came out, in September 2005.

She became the only female rapper to earn a 5 mic rating from The Source, for this album. In 2006, BET aired the show ‘Lil’ Kim: Countdown to Lockdown’, which was filmed before Kim headed to prison. After prison, she came back to the public eye with an appearance in ‘Dancing With the Stars‘.

Kim, a longtime LGBT activist, had an on and off relationship with Biggie. She was pregnant with his kid at one time but decided to get an abortion. Since Biggie, she has had quite a few relationships, but it would be important to note that she became a mother in June 2014, giving birth to her daughter, Royal Reign.

Never one to shy away from controversy or confrontation, Lil’ Kim has also had professional tiffs with the likes of Nicki Minaj. whose fashion is coincidentally inspired by Lil’ Kim, herself.

Where is Lil’ Kim Now?

In the last couple of years, Lil’ Kim has been keeping busy, working on singles alongside the likes of Missy Elliott. In 2019, Kim came on board as an executive producer of a VH1 show, titled ‘Girls Cruise‘. The series premiered on July 15, 2019, and follows a group of people embarking on a 10-day cruise in the Caribbean. You can check out her post about the show, below.

Omg guyssss!!!!! I am crying tears of joy right now 😭 I am beyond humbled because as an executive producer I just wanted to create something different, new, and positive. Never did I think this would happen, this is such a pleasant surprise! No words can describe how awesome it feels to be nominated in the same category as such amazing shows as Saturday Night Live, American Idol, America’s Got Talent and actually Win!! Thank you to all of the fans who watched and supported especially the Film & TV Awards for this honor. I was already having a great year, but this just made my WHOLE year 🙌🏾 To my girls Alaina, Christina, Lucilla, and everyone who worked so hard on this project. It was a long haul and super hard work but we did it! My FAMILY! @therealchilli @myaplanet9 @tiffanypanhilason @yesimprettyvee @thebsimone2 and @chardefrancesco!!!!! Look what we did guys 🏆 I love you guys so much!!! Wow. Look at God, won’t he do it. When God has his hands in things you can’t lose. ❤️

As far as her music is concerned, Kim came out with her fifth album since 2005’s ‘The Naked Truth’. The new album is simply titled ‘9’ and finally came out in October 2019. Lil’ Kim can be seen collaborating with artists like Rick Ross, in the album.

She spoke about the significance of her latest album’s title, saying, “Nine is my spiritual awakening number. There were nine members in Junior Mafia, my baby was born June 9, Biggie passed on March 9. It is 2019. My birthday is 7/11, seven plus two is nine. When you get a spiritual awakening, you have to act on that moment. And there you have it… Something that’s a spiritual awakening can’t be negative. With every rise, every level you go to, with every win when God is working on your life, the devil’s gonna come. But nine is all positive.”

Kim has used her social media presence to promote her latest work as well, as you can see below.

In other interviews, Lil’ Kim is determined to have a follow up to ‘9’, which makes sense, since she puts a lot of stock in its positivity. She has asserted that City Girls will be involved in the follow-up, which will also have collaborations with the likes of Missy Elliott and Paris Hilton.

For those who are waiting for a more detailed narration of Lil’ Kim’s life story, the wait might just be over. The rapper has commented that she is finally ready to open up about her journey and struggles. The project of telling her life story is understandably a lucrative one, and Kim has apparently received offers from the likes of BET and Lionsgate.

While we wait for her life story to come out, it should be noted that Kim is not completely over the death of Biggie. ‘Auto Blanco’, one of her songs in ‘9’, has the lines “BIG and Pac be alive if you niggas ain’t gas shit up. If I knew who did it, I’d personally wrap their caskets up”. When asked if she still mourns Biggie, she said, “All the time I’m mourning his death. All the time. But as far as trying to go to the end of the world to find out who did it, no, I just let God work that out. Because sooner or later, everything from the dark will come out. But at this point, all I can do is live for him.”

In conclusion, Lil’ Kim’s name will perhaps inextricably linked to Biggie, but the firebrand rapper has carved a justifiable place for herself in the entertainment business and is likely to go down in history as one of the most recognizable female rappers to grace the industry.