Where is Marcos Tlacopilco Now?

‘Queer Eye’ opens its door for a makeover at various levels. The show also serves as a platform to heal and make its participants appreciate and cater to their needs.  It is not new for the show to host participants who have forgotten themselves in catering to their work, family, or any idea they really believe in. However, years later, they are often left with a certain identity crisis that is not just physical but has personal manifestations as well. Hence, the Fab Five steps in to not only save the day but also recreate the show’s participants in accordance with who they are on the inside.

Marcos Tlacopilco is a fishmonger, and in the episode ‘Father Knows Fish,’ we get to understand not only who Marcos is but also his entire family. The love in the family is clearly understood when we see that he was nominated to be a part of ‘Queer Eye’ by one of his daughters. She talks about how the family feels that he has been absolving himself in the work that he does, especially in opening his dream restaurant. 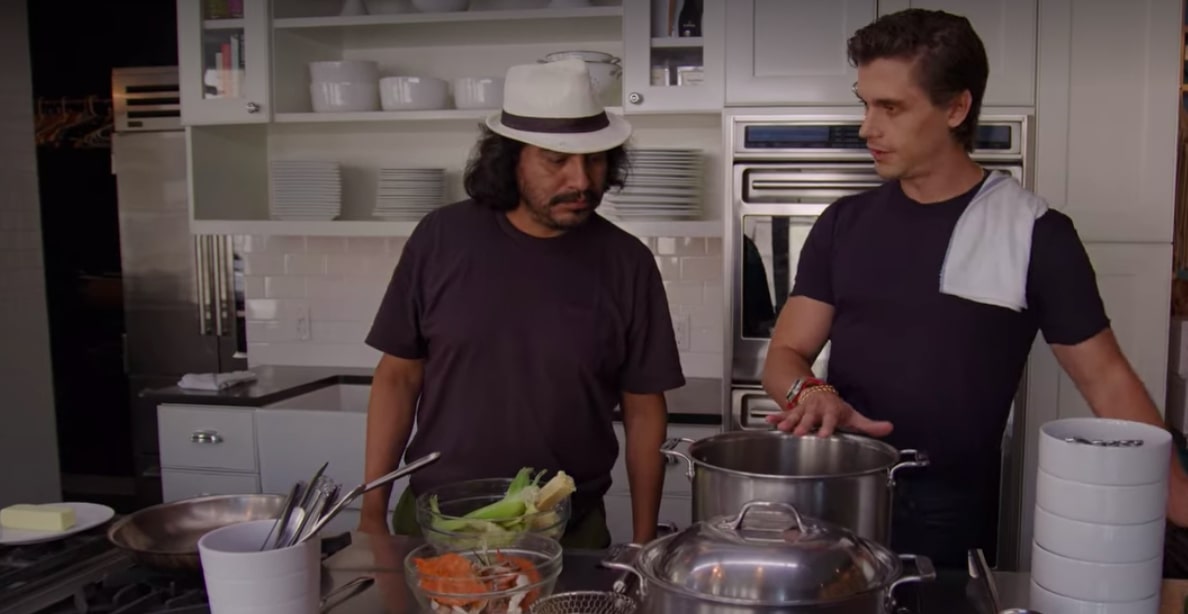 This is the juncture at which the Fab Five steps in, not only to give him a makeover but also his dream restaurant its aesthetics and top menu. From teary heart-to-hearts to the opening of Marcos’ dream restaurant, the episode had every bit of positive changes to keep us hooked. At the end of the episode, Marcos apologizes to his family for having been busy with work all the time, and the family, moved by his confession, hugs him and steps in to open their restaurant, Alma del Mar. Marcos, thus, was able to realize how he needed to cater to himself and his family, just like his work.

Where is Marcos Tlacopilco Now?

Marcos Tlacopilco has very few posts on his Instagram page, but he has shared a picture of him with the crew members of ‘Queer Eye.’ As far as his restaurant is concerned, he has made some changes to the decor of his restaurant. The front wall’s color was changed to lime green, to make it more bright and visually more enhancing to the customers.

Watch Queer Eye Season 5 on Netflix! We are proud to announce that we are featured on episode 8! 🐟Alma Del Mar, our family ran restaurant🐠

He also has plans to change up what they serve and make it a more breakfast only place as there is a lack of such options around the restaurant area. Furthermore, he stated that he might want to add more items into the mix to make it more appealing. He said, “American culture by itself isn’t much. The power in it is having everyone, everything, mixed together.”

The restaurant is currently closed, and based on one of Marcos’ Instagram posts; it should open sometime soon. They might re-open the restaurant once the COVID-19 pandemic is more at bay. In any case, Marcos seems definitely excited about both his future and that of his business.