Where is Mark Castellano Now? 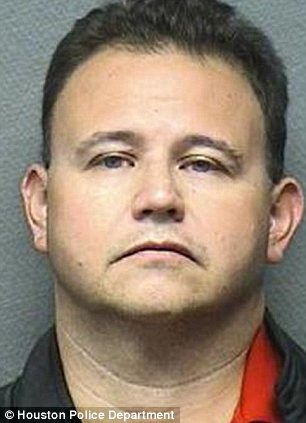 Mark Castellano is the man who claimed to be innocent in an interview with Dr. Phil just a few days before confessing to the murder of his ex-girlfriend, Michelle Chaffin. Investigation Discovery’s show ‘American Monsters’ explores the grim reality of this case in the episode “By God, That’s Enough.”

Who is Mark Castellano?

Mark Castellano and Michelle Chaffin met at work in 2008. Mark worked in the IT department of the medical firm, and she was the secretary. Donna Malone, Michelle’s mother, says she did not understand what her daughter saw in him. The same sentiment was also shared by Michelle’s brother David.

In 2009, the two would go on to have a child, and they named him Cayden. Her mother stated that Michelle was extremely happy to be a mother again (she had a daughter, Hayley, from a previous marriage.) She couldn’t say the same for Mark— “Cayden was about 2 months old and Mark just went away. Just, ‘ Ugh, I can’t handle this; it’s too stressful for me.’”  Things went downhill; he did not even pay child support.

When, in 2012, Michelle finally got a break in the guise of a paralegal job in Houston, she was elated. Since Mark was the only person she knew there, she contacted him. The two decided to live together again platonically. But this proved to be fatal for her, as a few months later, on September 22, 2012, he strangled her after a fight, with their son being present in the next room.

Her family filed a missing person report when they couldn’t contact her. Mark said that she left her child, car and other possessions behind and simply walked away. He also claimed to have no knowledge of her whereabouts. Authorities noted that no cell phone or financial activity had taken place from her accounts since that night.

Even though Mark’s story was his claim to innocence, his actions made people skeptical. Removing hard drives from Michelle’s computer, bleaching and moving items from his apartment, and driving, in her car, to his parent’s house 500 miles away that night cast suspicion on him.

This week on EP4 of “Twisted Love: Bringing A Murderer To Justice,” Mark Castellano confessed to the murder of his ex-girlfriend, Michelle Warner. Where is the convicted killer today? #MysteryAndMurder #AnalysisByDrPhil @drphilpodcast
Listen here: https://t.co/UqRgl7tCv0 pic.twitter.com/IwIJZGTP2G

He went on Dr. Phil to solidify his innocence, but it had the opposite effect. He spoke of her in the past tense and even admitted to choking her on numerous occasions before. When he met with the authorities, he confessed to his crime and said that he was tired of all the lying. Not only did he help them find her body, but he also called her brother, a producer on the show, and some friends to explain what really happened.

Where is Mark Castellano Today?

In 2014, Mark Castellano was convicted for Michelle Chaffin’s murder but cited self-defense as the cause of his actions. But the jury did not buy his story, and he received a 27-year sentence. Along with this, he was fined $10,000. He did not react as the sentence was read. Mark Castellano is currently behind bars serving his sentence. He will be eligible for parole in 2026 when he will be 51 years old.