Where is Mark Sievers Now?

’48 hours’ is an investigative newsmagazine that takes a thorough look at the crimes discussed on the show. Their well-researched and well-produced pieces have definitely gained a dedicated fan base and have also won the team many accolades like 21 Emmy awards. They have also explored the murder of Dr. Teresa Sievers in one episode, and if you’re reading this, then you must want to learn more about her husband. Well, you’re definitely in the right place.

Who is Mark Sievers?

Mark Sievers was born in 1968 in Missouri and was married to Dr. Teresa Sievers. The couple even had two beautiful daughters together. They ran her clinic together too. In June 2015, his wife was brutally murdered. She was bludgeoned to death, and her body was discovered when Mark asked his friend to go check up on her after she failed to show up for work. Initially, it seemed as though the two responsible for the heinous crime were caught. They were Jimmy Ray Rodgers and Curtis Wayne Wright. But as more information came to light, the authorities felt that Sievers had conspired with them, and was responsible for a murder-for-hire plot.

Sievers’s personal diary revealed that there was, indeed, trouble in their domestic life. On June 5, 2015, he wrote, “She said sometimes, most of the time, she does not feel we are going to make it.” These entries also showed that Mark himself was depressed and frustrated at the state of their marriage. He also accused his wife of almost cheating on him and wrote of feelings of betrayal.

Wright, his high school best friend, even claimed that Mark had come to him at Wright’s own wedding and said that Teresa wanted to separate him from his daughters. Wright also stated that Sievers felt that killing his wife was the only way out, especially since he could not afford a custody battle. He also said that Sievers had offered $10,000 to him for the murder. There were also life insurances in Teresa’s name that apparently totaled to more than $4 million.

Where is Mark Sievers Today? 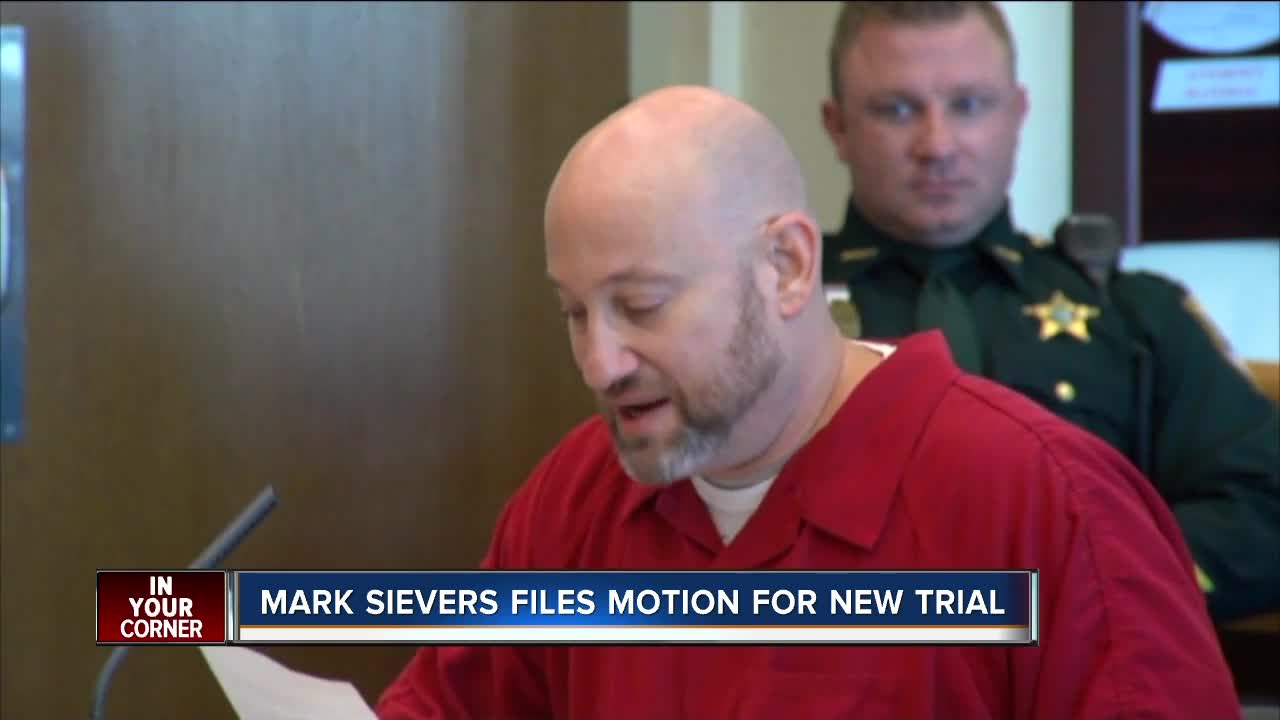 Sievers was arrested in a few months after the murder, and consequently lost custody of his little girls. Four years after the crime occurred, Sievers was found guilty for first-degree murder and was given the death penalty. He is now on the death row, awaiting execution. Criminals who are convicted of a death penalty are housed in Raiford, near Jacksonville. He refused to say anything in his defense at the trial, and also had no reaction when the verdict was read. Wright received a plea-bargain for a 25-year sentence in exchange for helping the authorities prove Siever’s involvement in the act.

However, Sievers has always claimed his innocence and also said that Teresa was his soulmate. He said, “Although a jury found me guilty, I am innocent of all charges. I cannot feel remorse for something I had nothing to do with. I will fight this wrongful conviction.” His family also supported him through the trial and believed that he was just incapable of committing murder. The family also suggested the notion that Wright did everything on his own because he was obsessed with Mark, but for obvious reasons, this theory did not stick around. They further said that Sievers had been betrayed by his own friend.

In 2017, Teresa’s brother also filed a wrongful death suit against Sievers, and his complaint listed himself and her daughters as the representatives of her estate. It further stated that due to the murder, there are many things that the family has lost, including financial support and companionship. However, there is no credible information on the status of the case today.

Sievers’s legal counsel also filed a motion for a new trial, and his attorney claimed that the rights of his clients were maligned by juror misconduct and newly discovered evidence. He also said that the guilty verdict was contrary to the evidence presented during the trial. However, after a 20-minute hearing to determine the possibility of a retrial, a judge denied the motion.