Where is Married at First Sight Australia Filmed? 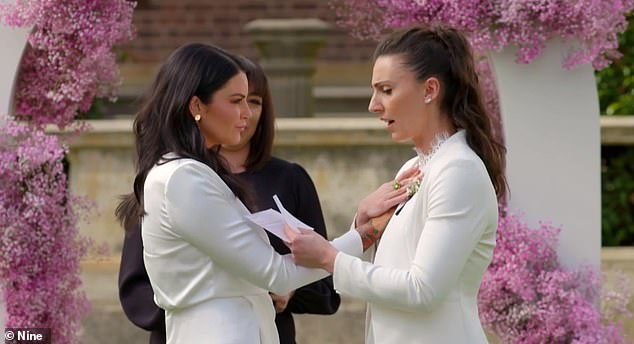 Humans have toyed with the idea of romance ever since our inception on the planet. Each experience is different and there is hardly any fact about romance that can apply to each case. ‘Married At First Sight’ Australia is based on a Danish television series of the same name and is a reality television series that tests the concept of love-at-first-sight by taking it to the very extreme.

In ‘Married At First Sight,’ various couples are matched by experts and made to partake in a commitment ceremony (which is similar to marriage but without the legality of it due to Australian law). After spending their first night in a hotel, they go on a honeymoon and live with each other for some time. Then, they are asked whether each of them wants to continue being married to their matches.

As mentioned earlier, ‘Married At First Sight’ is set and filmed in a variety of different locations all over Australia. In the first episode, one of the couples, Poppy and Luke meet and get married in the town of Bilpin in New South Wales. To be precise, the couple get married at Bilpin Resort on 68 Powells Road.

Next, Cathy and Josh, in the first episode get married at Wyong Creek, which is situated in New South Wales. To be precise, their wedding takes place in Fernbank Farm on 756 Yarramalong Road.

👰Their Fernbank Farm Fairytale 🤵Flashback to a few pics from Josh and Cathy's wedding as see on Married At First Sight Australia. Hint hint all you Valentine's Day Lovers!!! This could be you …. although you already know each other … and we hope have met …. and at least kissed 😂😂😂https://fernbankfarmweddings.com.au/#marriedatfirstsight #MAFS #MAFS2020 #fernbankfarm

In the second episode, Natasha and Mikey get married in Stanwell Tops in New South Wales. To be more precise, the wedding is filmed at Tumbling Waters Retreat on 31 Stonehaven Road. In the same episode, the season’s first homosexual couple, Amanda and Tash tie the knot at Rippon Lea Estate on 192 Hotham Street, Elsternwick near Melbourne.

In the third episode, Hayley and David get married at the Reflectory Werribee Park on South Drive in Werribee. In the same episode, Vanessa and Chris tie the knot at Vaucluse House on 69A Wentworth Road in Sydney.

In the fifth episode, Connie and Jonethen get married at the Myer Mural Hall in Melbourne. In the same episode, Aleks and Ivan tie the knot at Clarence House in Sydney. In the next episode, Mishel and Steve get married in Shadowfax Winery in Werribee while Stacey and Michael are wedded in The Terrace in Melbourne.

The lat two couples are introduced in the eighteenth episode of the season. Lizzie and Seb get married in Curzon Hall, Sydney while KC and Drew tie the knot in The Stables of Somersby in Central Coast, New South Wales.

However, that is not all. The couples are also filmed as they go on a honeymoon to various exotic locations. Amanda and Tash are filmed at Daydream Island Resort in Queensland while Mikey and Natasha go to Lake Crackenback Resort & Spa in Thredbo. Cathy and Josh head to Peppers Mineral Springs Hotel in Daylesford while Chris and Vanessa escape to Oaks Hervey Bay Resort & Spa in Queensland.

Hayley and David go to Singapore and are filmed staying at the Outpost Hotel. They are also seen at Marina Bay Sands. Poppy and Luke are sent to Oaks Cypress Lakes Resort in Hunter Valley. Aleks and Ivan head to Palazzo Versace Hotel in Gold Coast while Stacey and Micahel go to the Sheraton Resort in Fiji. Mishel and Steve spend time at Heritage Queenstown and also have a picnic at Lake Wakatipu. Connie and Jonethen, on the other hand, head to Ramada Eco Beach Resort in Broome. Lizzie and Seb stay at the Sails Port Macquarie resort. Lastly, KC and Drew head to Star of the Sea Resort in Terrigal.