Where is Mary Ann Hughes Now? 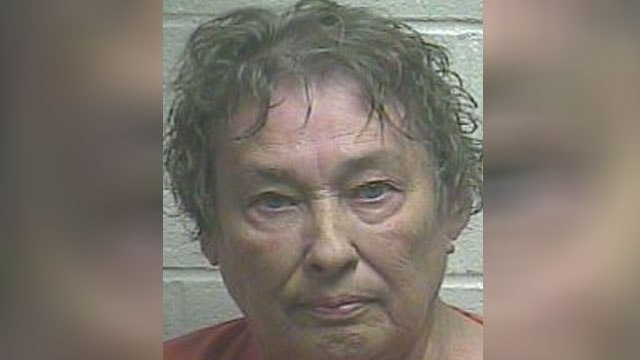 Investigation Discovery’s ‘Living a Nightmare’ is a series that showcases how the loved ones of a victim deal with their grief and loss. It also displays the lengths that officials go to in order to secure justice for the victim. In the episode titled ‘Trouble in Giles County,’ a cold case from the 90s is discussed, and in this article, we take a look at the homicide and its perpetrator.

Who is Mary Ann Hughes?

The victim of the homicide was Larry Hughes, and Mary was married to him. She reported him missing on March 28, 1990. Sixteen days after this, his naked body was found in a landfill. He had been shot twice in the back of his head. Initially, the police were not able to round up any suspects, especially since DNA technology was years behind in the 90s. Mary sold the house that the couple had resided in after losing her husband.

However, the new owner, Richard Pierce, discovered blood on the floors when he rooted up the carpet to install new flooring. He immediately alerted the authorities, and explained, “When I pulled the pad up, there was just a big old circle right here. This is where Larry got killed.” The cops swept into actions and looked at every surface in the house for some evidence of DNA, however, this was inconclusive. In fact, they even sent a camera down a well in the back. For further evidence, authorities even exhumed Larry’s body and sent samples to the University of North Texas for a DNA profile.

Furthermore, a local radio station picked up this segment, and Giles County Sheriff’s Investigator, Shane Hunter, said, “People just started pouring out, saying things that they should have said 25 years ago, and ultimately they’ve been carrying this for years. It’s a lot of good information they’ve been carrying around for years.” He further marveled at how far technology had advanced since the case’s inception— “It’s amazing how technology has evolved just from day to day, but obviously 25 years things that couldn’t be processed back then can be processed now.”

The most compelling piece of evidence that has been revealed to the public is that an eyewitness saw Mary burning a bloodied mattress. Plus, authorities felt that there was an accomplice that helped her move the body. This was suspected to be her brother, who also lived in Giles County. The District Attorney, Brent Cooper, stated, “There is an old saying a friend will help you move. Family will help you move the body, I’ll just leave it at that.”

Dean, Larry’s brother, further expressed— “I suspected this for a while, but we don’t ever know and we didn’t know and I didn’t want to accuse her. I’m sure law enforcement knows more than I do. It’s a relief to know that justice is going to be done in the end. He was very dear to me.” Mary also collected a $100,000 policy after Larry’s death. Although the motive has not been made public, the couple was going through a rough patch. Brent Cooper also explained, “We’re not saying that was the motive in this case, but that money was paid out as a result of his death.”

Where is Mary Ann Hughes Today?

Mary was arrested on charges of first-degree murder for killing her husband in 2016. The Giles County Circuit Court had set her bond at $400,000. Before her first court appearance, Richard Pierce said, “Just another day at the office, I’ll tell them what I told him. If she done it, it’s about time.” The aforementioned District Attorney also stated that they were able to prove that it was Larry’s blood on the mattress, which was crucial in solving the case. In 2019, she was convicted for the crime, and in a plea bargain, she pleaded guilty to voluntary manslaughter. Reportedly, the then 72-year-old was given a sentence for time served in jail plus 10 years probation.

Following the outcome of the case, Sheriff Kyle Helton said, “I would like to praise all Agencies, Staff, Officers and Investigators involved in the countless amount of hours, days and years spent investigating this incident. It is not frequent that 29 year old cold cases, such as the tragic death of Mr. Larry Hughes, have positive results. However, I again, would like to commend all parties involved on their determined efforts to reach justice for Mr. Larry Hughes and family.”