Where is Matt Brown From Alaskan Bush People Now? 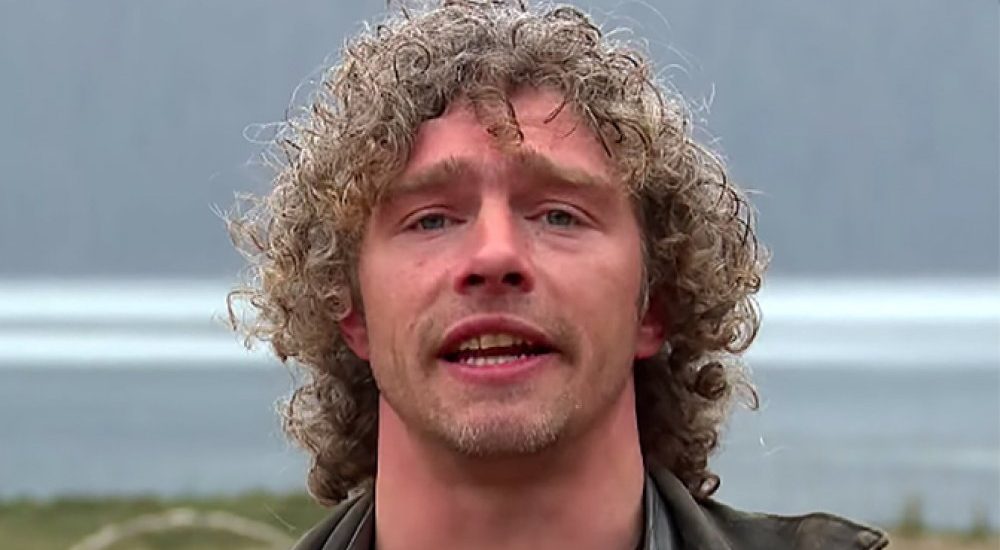 Discovery Channel’s ‘Alaskan Bush People’ follows the life of the remote clan – the Brown family – who live so far removed from civilization that they come across any “outsiders” once every eight-nine months. The Brown family likes to think of themselves as a wolf pack and they even have their own accent and dialect. They’ve been on our TV screens for six years now since the show premiered in 2014. Fans have not seen the eldest Brown sibling, Matthew Brown (aged 37), on the show since after Season 7. So it’s natural for people to wonder where Matt Brown is today, why he’s been missing from the show, and if he’s coming back soon. Don’t worry folks, we have got you covered.

Who is Matt Brown?

Matt Brown is the eldest progeny of Billy and Ami Brown. From a young age, Matt was one of those kids who would make new friends in a matter of minutes and charm the hell out of people that he met. Matt has been known to be a friend for life. By the time he was ten, Matt was already a skilled hunter and avid fisherman. According to his Discovery Channel bio, Matt can juggle just about anything and has a variety of interests like Egyptian petroglyphs and Sanskrit to mechanics and drawing. Apparently, Matt is also a beekeeper. He loves nature and working with his hands. As the oldest brother, Matt is used to being the responsible one and likes to take care of his family.

Its a good day to enjoy the little things, hope everyone has a nice weekend 🐝

About seven years ago, at the age of 30, Matt fell into some bad company and started hanging out with a bunch of enablers who got him drinking, hard. Matt started drinking more and more until eventually, he was addicted to alcohol. His addiction and repeated alcohol abuse reportedly caused a rift in the family and Matt realized he had a problem that he needed to get professional help for. After Season 7 of ‘Alaskan Bush People‘ ended filming, Matt packed his bags and left his family’s remote home to enroll himself into a rehabilitation facility in California.

Where is Matt Brown Now?

Since he enrolled in rehab, Matt has been living a quiet life away from the media glare. Apparently, he has kicked his alcoholism and is now almost two years sober. The rehab facility that Matt went to is the Betty Ford Rehabilitation Centre in Los Angeles, California. Matt recently posted a photo on Instagram of his two-year sober chip.

2 years ago today, I walked in the front doors of Betty Ford, completely broken. Slowly one day at a time, they helped me build myself back. It wasn't just about getting me back on the road again, for me it was mostly about processing addressing and dealing with the negative feelings and events of my past, that I just couldn't get over. Now I'm so happy to tell you, my life is wonderful! I found happiness. Its still one day at a time, and I still have my days, but it's so much easier now, now that I have tools, now that I understand how to better understand myself. To put it as simply as I can… I just got tired, and finally looked for a better way. God bless y'all guys, and thank you for sticking by me 👍 never give up! Never surrender! 🐝

During his time in rehab, Matt picked up drawing and has gotten very good at it lately. He also did some clay work and loves working as a beekeeper. Going by Matt’s Instagram, he seems to finally be living the peaceful serene life and enjoys the great outdoors, nature hikes, and rusted old things that have “character”. As per his Instagram captions, Matt has found happiness, in his new healthier lifestyle, living in California. He said that the people at Betty Ford helped build him back up bit by bit.

I've been into drawing a lot lately, this is my latest piece. 🚣🐉🌊

Reportedly, Matt has also mended fences with his family and went to see them in Washington (where they relocated in 2018) a few months back. His parents have said in interviews that they miss him but they support his decision of distancing himself from them till the time he can get his life back on track. Apparently, Matt recently spent a week on his family’s ranch and the trip went quite well.

But so far, there is no word on when (or if) Matt will be returning to ‘Alaskan Bush People’. Nevertheless, we are happy to know of Matt’s progress in getting over his addiction and it’s heartwarming to see him find happiness and contentment.

I hope everyone is having a good day out there! 👋 if however your day is going roughly, remember- never give up! Never surrender! I believe in you! God bless 🙂 Ps. Be sure to wear a mask around others 👍