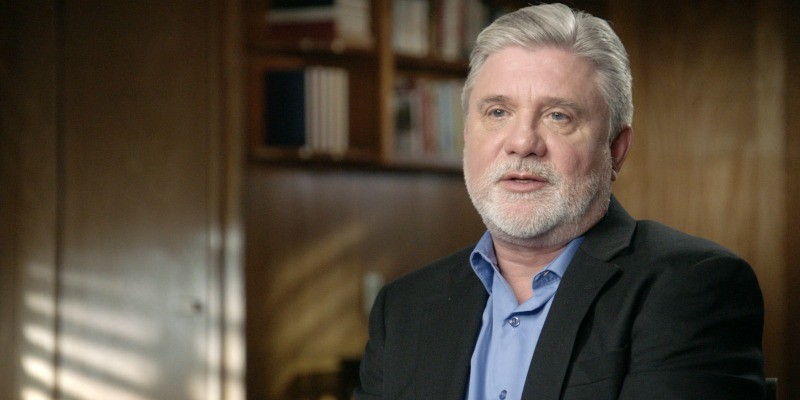 A&E’s documentary series ‘Leah Remini: Scientology and the Aftermath’ features stories from former members of the Church of Scientology, whose lives have been turned upside down because of the Church’s alleged harmful practices. Actress turned investigative reporter Leah Remini leads the way, we get an in-depth look into the secretive and controversial religion.

Through the people in the panel, the show sheds light on the stories about what the Church supposedly made its members do or how they made them live. Along with Leah Remini, one of the loudest voices in the series, and against the Church of Scientology in general, is that of Mike Rinder. So, let’s find out all that there is to know about him!

Who Is Mike Rinder?

Born on April 10, 1955, Mike Rinder is an Australian national who was raised as a Scientologist from the age of 6. By the time he was 15, he and his entire family had traveled to England twice, to the home of the Church of Scientology’s founder, L. Ron Hubbard, to participate in advanced courses and auditing (a form of counseling), which was only made available there. Mike’s family and the people he was surrounded with were completely dedicated to the religion, and that’s how he grew up and became as well.

Therefore, it was no surprise that shortly after he graduated high school, in April 1973, Mike joined the Sea Organization (Sea Org), a Scientology fraternal religious order. Over the years, Mike held numerous positions within the Church, many of them at a very high-level. He became an early member of the Commodore’s Messenger Organization, a subunit of Sea Org and a premilitary wing, after which he continued to rank up until he held a post with the Office of Special Affairs.

While holding that position, Mike made several public appearances on behalf of the Church and oversaw a great deal of litigation. Mike even became a senior executive and sat on the Board of Directors for it. Eventually, though, in 2007, after Mike realized that there was no way he “could change the culture of violence and abuse that had become endemic under the “leadership” of David Miscavige,” he left Scientology behind.

As Mike Rinder left the Church of Scientology, he had to leave his wife of 31 years, Cathy, and their two adult children. The couple divorced soon after, and Mike has never seen any of them again. In fact, when he did try to visit his son while living in the same city, in Clearwater, Florida, in 2010, he was called in by the police for trespassing. Then, a few days later, according to reports, Mike was surrounded and screamed at by five members of Scientology’s California-based international team.

Since then, in several interviews, Mike has revealed that it is what the organization does, and it is what Mike himself did while he was there, citing a personal example of how he had once tried to sabotage journalist John Sweeny. Mike has since remarried, tying the knot with Christie King Collbran in 2013, with whom he has a son, and according to his blog, they are a happy family, residing in Palm Harbor, Florida. Now, all Mike wants to do is “expose the abuses ongoing in the church” and “provide a forum for the exchange of information.”

For this, and to delve deeper into the Church of Scientology, Mike co-hosts a podcast with Lena Remini by the name of ‘Scientology: Fair Game.‘ Together, with different guests, they explain how the Church, “under the guise of a religious organization, …uses tax-free money to hire Private Investigators, engage lawyers and create smear sites and publications to attempt to silence those who say and write things they don’t like.”