Where Is Mr. Mayor Filmed?

‘Mr. Mayor’ is a workplace comedy show developed by Tina Fey and Robert Carlock, who also wrote multiple skits for ‘Saturday Night Live’ and created ’30 Rock.’ It follows Neil Bremer (Ted Danson), a wealthy businessman, who runs for the post of the mayor of Los Angeles to prove a point to his daughter. Much to his surprise, he ends up winning the seat and finds himself in the throes of great responsibility. Bremer is aided in his office by his chief strategist, Tommy Tomas, his chief of staff, Mikaela Shaw, and Jayden Kwapis, his communications manager.

He finds it difficult to get going with the deputy mayor, Arpi Meskimen, a steadfast liberal politician who doesn’t quite approve of his ways. At the same time, Bremer has to strike a balance between his bond with his daughter and his mayoral duties. Fey and Carlock have made politics humorous through this show without overly attaching the script with the ongoing political scenario. Bremer’s decisions take a hilarious route in the form of cleverly written satirical dialogues and sardonic wit. The eclectic personas and the political setting made us wonder about its filming locations, and here’s everything we found!

‘Mr. Mayor’ was visualized as an extension of ’30 Rock’s Jack Donaghey ( Alec Baldwin) following a path of politics in New York. Unfortunately, it couldn’t be materialized, which led to Ted Danson coming on board as the lead character. Danson’s refusal to shift to New York from Los Angeles made the writers change the setting and create a standalone show set in Los Angeles. ‘Mr. Mayor’ is filmed in the NBC Universal Television production house situated in Los Angeles, California. 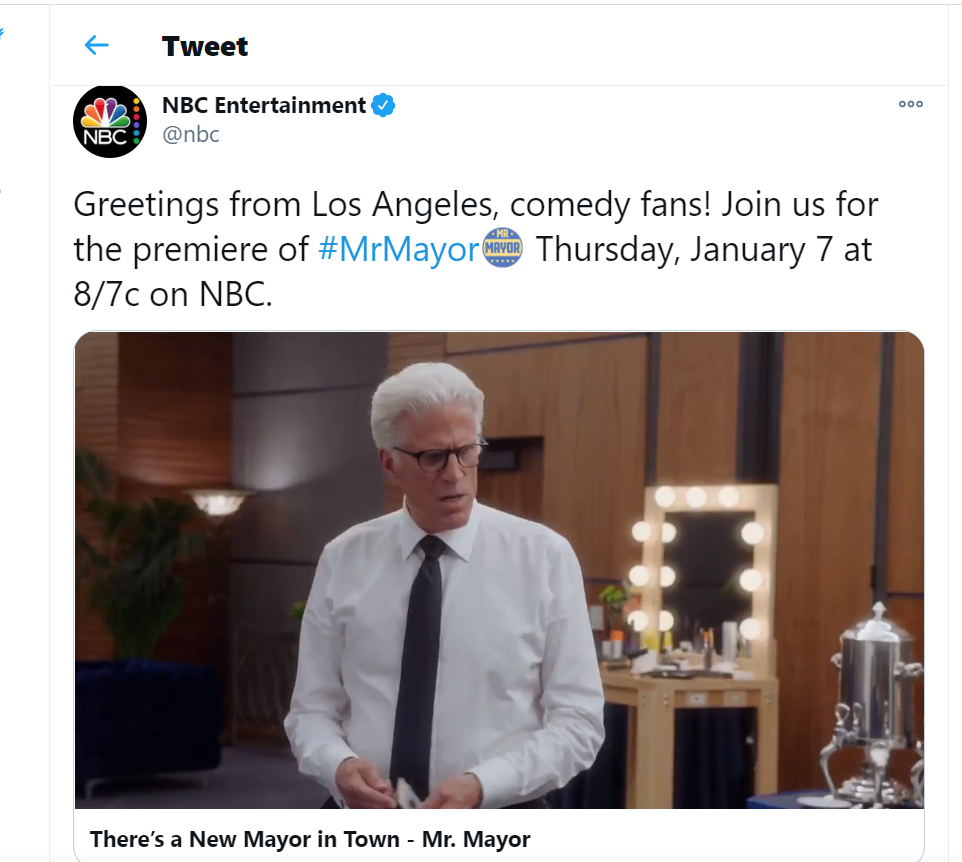 The filming began in Los Angeles in early 2020, but Universal Television halted production owing to the Coronavirus pandemic. Shooting resumed soon after amidst strict protocols, but it was halted on December 15, 2020, as some of the crew members tested positive for the virus. The shooting was supposed to have a scheduled holiday break, but it was extended till January 2021 owing to the protocols laid down by Los Angeles Health authorities. The filming process is slated to resume sometime in early 2021. 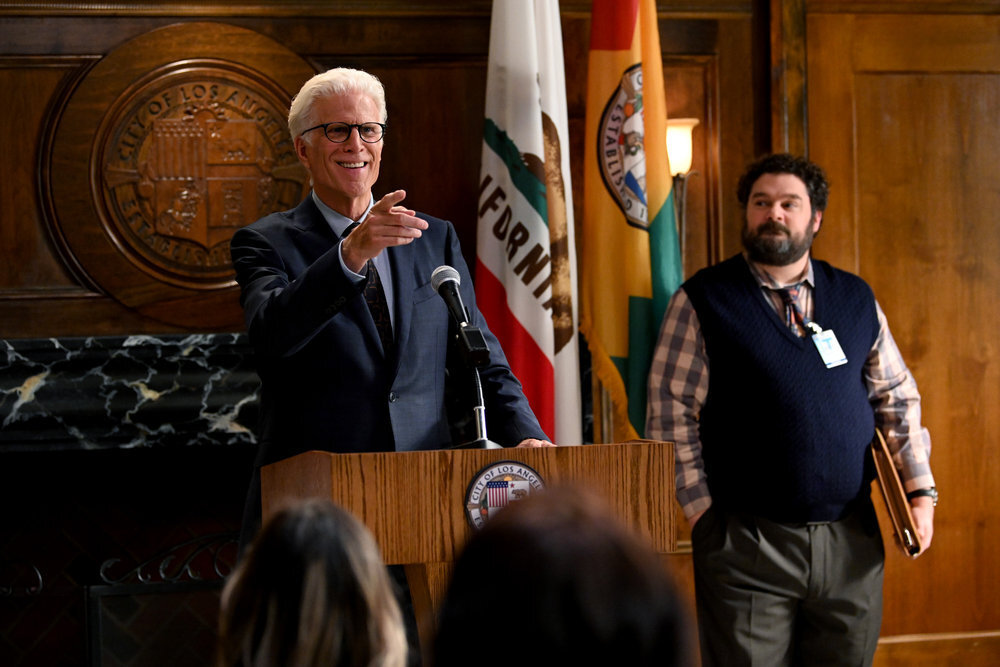 When the production had halted during the onset of the pandemic, the cast and crew members kept in touch through Zoom calls, constantly working on the script and the acting process, which was to be followed. As the show is mostly a single-camera setup, the soundstages provided a suitable artifice to create elaborate sets resembling the office and the political institution.

Read More: Is Mr. Mayor Based on a True Story?