Where Is Netflix’s The Duchess Filmed? 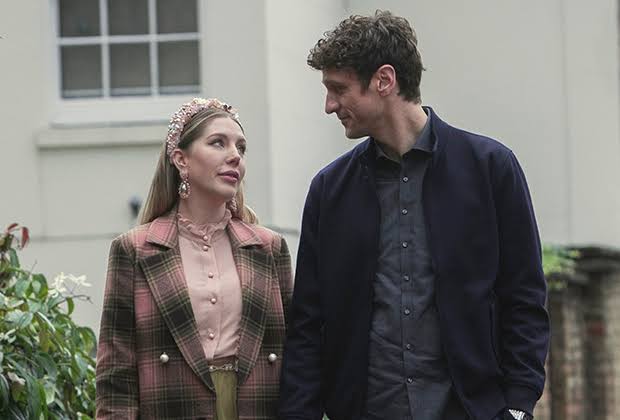 ‘The Duchess’ is a brand-new offering from Netflix and Canadian funny-woman Katherine Ryan. In the series, Ryan performs the role of a London-based ‘fashionably disruptive’ single mother named after her real-life self. Kate Bryne stars as Ryan’s daughter, while Rory Keane plays former boy-band member and Ryan’s ex-husband, Shepherd Knight.

The Netflix series employs comedy to tell a universal plotline. The Duchess’ protagonist navigates the highs, lows, and in-betweens of being a single mother to child Olive in modern day London. When Ryan feels compelled to grow her family of two, she is torn between doing it via a sperm donor or with the assistance of her ex-husband. In ‘The Duchess’, Ryan’s character is bold, brash, a twinge narcissistic and (very) offensive in her outlook towards life, with some conceptual nods to Phoebe Waller-Bridge’s hit show ‘Fleabag’.

Ryan had laid particular emphasis on creating a show that has thematic depth as well as aesthetic visuals. Said Ryan, “I feel relaxed when I watch programs with a clean aesthetic and beautiful things. I don’t apologize for loving beautiful things.” Here, we explore how Ryan and her team of cinematic experts, through the use of select locations and top-notch production, brought to the fore a visually-pleasing series.

Filming of the much-awaited Netflix series took place at various locales within the United Kingdom. A major portion of the filming of The Duchess took place at Twickenham Studios, The Barrons, St. Margarets, London – TW1 2AW.

Sutara Gayle, an actress who featured in ‘The Duchess’, shared with Instagram audiences a sneak peek of the Twickenham set.

And that's a wrap!!! 💃🏼💃🏾🙌🏾 What an absolute, mad, crazy, time I had filming with this funny lady #katherineryan Was difficult to keep a straight face 😂😂 pure corpsing Pon da set 😭🤪😱 Exclusive project..Soon to be revealed…Coming to a screen near you real soon…….🤫🤫🤫 I love my job ❤️❤️❤️ Bring on the Wrap partyyy 🎉🎉🎊💥💥 #screen #actorslife #comedienne #netflix #drama #comedy #laughteristhebestmedicine #blessingsonblessings

Ryan also divulged, rather scandalously, that filming of certain explicit scenes was carried out in the vicinity of the infamous Buckingham Palace, London. The scenes, however, ended up on the cutting room floor at the behest of The Duchess’ production company. The rib-tickler jovially joked that the cause for that may, in fact, be that she could end up being tried for treason.

Ryan’s stylist, Jennifer Michalski-Bray, who we can credit with reel-life Katherine’s fabulous fashion sense, made sure to post a fascinating behind-the-scenes glimpse of The Duchess’ wardrobe ensembles while filming in London. Ryan’s gorgeously flamboyant attire is one of the highlights of the series and now we know why. Ryan herself heaped praise on her Jennifer and her make-up artist, Fiona, saying, “I don’t even want to think about ‘The Duchess’ would look if I didn’t have [Jennifer] and Fiona.”

What’s on my rack? Stay Tuned to find out! Here’s a sneak peak from behind the scenes of the Duchess ✨ @kathbum’s outfits are over the top & so lush – I cannot even wait to share them with you! #WhatsOnMyRackWednesday . . . #fashionstylist #fashion #styling #ootd #jennifermichalskibray #lotd #jmbstyle #outfitinspo #outfit #outfitideas #theduchess #katherineryan #bts #fblogger #behindthescenes #fashiondiaries #stylediaries #work #costumedesign #costumedesigner #whatsoonmyrail

Our heroine also had her share of fun with her many costume choices and didn’t pass up the chance to share clicks of the ensuing hilarity.