Where is Paul Moore Today? 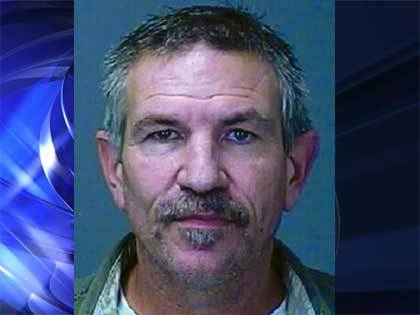 Hubris leads to downfall, as NBC’s ‘Dateline’ explores. Roberto Ayala was a trusted manager at Moore’s farm, where he’d been employed for a long time. However, the trust he gained did not sit well with the cousins, Peter and Paul Moore. On July 16, 2011, Roberto was on a rice field, adjusting the irrigation pump, when it exploded. The shrapnel and damage from the fire were fatal, and he died. Initially, investigators were unsure whether it was an accident or if foul play was involved. Soon, they realized that a bomb caused the explosion and Ayala’s death. Although Peter was more outspoken in his hatred towards the Ayala siblings, it was Paul who killed Roberto. So, where is he today? Let’s find out.

Where is Paul Moore Now?

As the police were investigating Ayala’s death, they received letters on August 11, 2011, and August 15, 2011. Both messages came from a person who claimed to have set up and planted the explosive, which killed Roberto. The letters which arrived on the second day also had a diagram of how the bomb was built. The detailing matched a fair amount of evidence retrieved at the crime scene, and the police started looking at Paul Moore as a suspect.

By December 6, 2011, agents had secured a warrant to search Paul’s house. They found evidence which linked him to Roberto’s murder. Moore was cuffed and booked at the Colusa County Jail at the age of 47. In his trial, he received a guilty verdict and was sentenced to life in prison without the possibility of parole.

After the trial in 2013, Moore appealed the decision in 2016. However, the 3rd District Court of Appeals did not find any reason to overturn the verdict. They stated, “Paul was afforded a fair trial. His trial lawyer provided excellent representation and advocacy. But 12 jurors of Paul’s peers found that the circumstantial evidence proved beyond a reasonable doubt that he murdered Roberto Ayala, and we must respect their verdict.”

Currently, Paul is incarcerated at the Avenal State Prison in Kings County. He’s serving a life sentence without the possibility of parole at the male prison, so there’s no parole hearing date scheduled, in this case. Moore is 56 now, and you can check out his prison record here.

Paul Moore is facing the consequences of his actions. Unlike Peter, Paul was reserved in his hatred towards Roberto. However, it bubbled to the surface more enormously. In fact, during the hearing, it came to light that Paul had stated the Ayala siblings were out to take over his life. Naturally, he decided to strike first with the deadly bomb.