Where Is Peggy From Million Dollar Beach House Now? 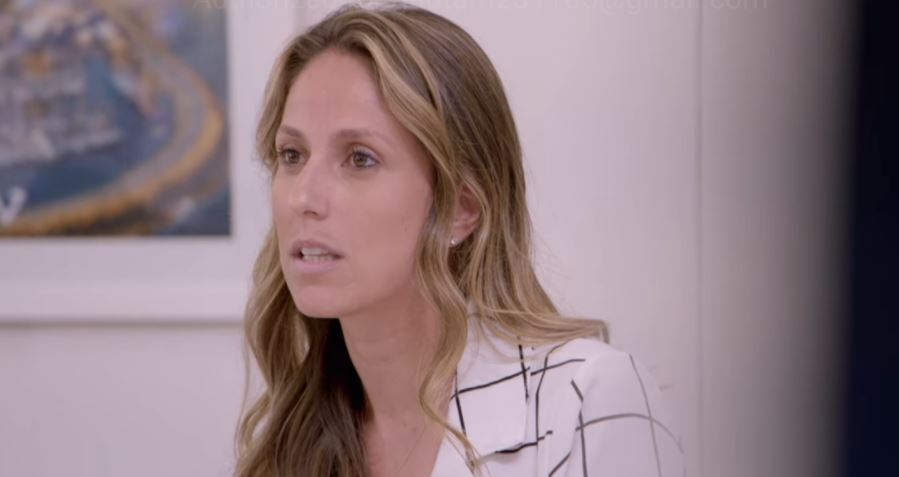 Netflix’s ‘Million Dollar Beach House’ is just the latest in its roster of real estate reality shows. Following the footsteps of ‘Selling Sunset,’ this 6-episode series revolves around 5 brokers from Nest Seekers International, who are hungry to prove their worth in The Hamptons market. But, unlike ‘Selling Sunset,’ the cast members of this are predominantly male. The only female in the brokerage, who has been primarily featured on camera, is Peggy. And, we’ll be honest, she’s enough to make up for the loss of other females. Her fiery nature, her ambition, and her way of handling situations prove that she is not one to be messed with.

Let’s see how often my red cell phone case is in the shot on #milliondollarbeachhouse💃🏻 Girls always hustling! . . Some #bts of @annacappelen_ and @clobird from @curiousyellowdesign showing me their beautiful work in Wainscott…no really its stunning ✨ . . . #dealsinheels #mdbh #hamptons #girlboss #greek @nestseekers #bossbabe #netflix #comingsoon

Born in Queens and raised in Long Island, Peggy’s rise in real estate was nothing but natural. After graduating from Hofstra University Zarb Business School, she worked in commercial real estate before deciding to enroll in law school. While there, she spread her wings and expanded into international markets. She spent a summer in London and in Paris, where she delved deeper into the property world by studying Real Estate Transactions in a Global Market. After that, she came back to New York to make her mark. With her realtor license and as a member of the NYS Bar, she provides a unique outlook and expertise to all her clients, making her one of the best at her job.

Over time, Peggy has also been able to build her own team of talented agents and realtors – The Peggy Z Team – who specialize in all the active markets in New York: Manhattan, Brooklyn, Queens, and The Hamptons. It was because the last market intrigued her so much that she decided, after seven years, to move from the Big Apple and handle the business there. By the way, if you feel as if you might have seen her somewhere before this, chances are, you’re not wrong. Before being a cast member of ‘Million Dollar Beach House,’ Peggy had a recurring role in Bravo TV’s ‘Million Dollar Listing: New York.‘ She was also one of the expert commentators on Fox Business.

Look closely at the present you are constructing, it should look like the future you are dreaming ✨

Where Is Peggy Now?

Peggy is still listed with Nest Seekers International as one of their Associate Real Estate Brokers. There, her full name, Panagiota Zabakolas, is given as well, making her Greek heritage evident. In her bio on the company website, The Peggy Z Team is given a lot of importance. It is referred to as a one-stop-shop that provides clients with every bit of knowledge and service that is required to make their journey of buying, selling, renting, or starting a new project easier. Because Peggy didn’t lie in the last episode, while trying to impress a developer, she does have an international team as well, with translators to make every transaction easier.

Peggy’s work ethic and her passion are evident in everything that she does. Although the drama follows her in the series, all she has ever wanted to do is “kill it” in The Hamptons as a realtor and make money doing it. And, it seems like now, she has been able to accomplish her goals. Her social media and her profile on the company website make it indisputable that she is still getting listings in both The City and in The Hamptons, and that she is actively working in both to ensure her own growth and maximum consumer satisfaction. Even the COVID-19 global pandemic couldn’t stop her from working for too long. And, it seems as if “#dealsinheels” is Peggy’s catchphrase.

It’s not business as usual, but we are doing business the best we can! Can’t stop. Wont stop. #dealsinheels #realestate #bossbabe

Read More: Where Is Noel Now?