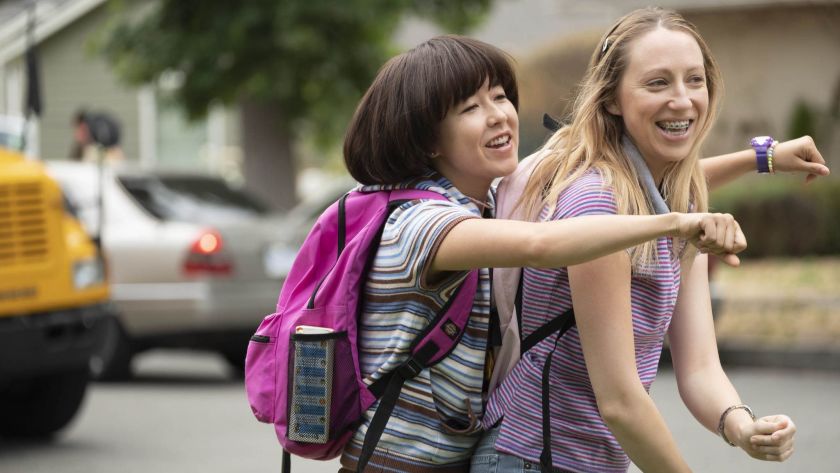 ‘Pen15’ is a Hulu comedy that deals with the trials and tribulations of entering middle school. Interestingly, the 30-something co-creators Maya Erskine and Anna Konkle also portray a fictionalized version of themselves as they explore what it meant to be an adolescent in the 2000s. Alongside actual teenagers, they go through the highs and the lows of those early years as they take on issues like first dances and first kisses, amongst others.

The show was filmed in California, primarily in and around Los Angeles, and most of the filming happened on location. This is because the makers did not want to waste money and effort constructing a set that would only be used one. In fact, the show has quite an interesting story behind how it came to our screens. The two co-creators, along with Sam Zvibleman, thought of the idea which then caught the attention of Andy Samberg’s production company called Party Over Here. They made a 15-minute presentation that was then shown to network executives, and eventually, ‘Pen15’ made its debut on Hulu.

Maya Erskine went to the fancy Crossroads School for Arts & Sciences in Santa Monica, and so it only made sense for her to revisit her teenage emotions in the very city where she experienced many of her firsts. Maya said, “I think the idea of having us play these teenagers, as opposed to having real kids go through the traumatic experiences that we had, made it easier to laugh about because there is distance for the viewer to put themselves in those shoes.” After scrolling through the cast and crews’ Instagram feeds, it does seem as though the whole team really had a blast during filming. One location used for shooting ‘Pen15’ was Disney’s Golden Oak Ranch, which is an 890-acre property where multiple movies have been shot. Its exact address is 19802 Placerita Canyon Rd, Newhall.

Season 2 is already on its way, and it too was filmed in the City of Angels. The COVID-19 pandemic has definitely changed the way that the entertainment industry functioned and the creators of ‘Pen15’ also faced their fair share of struggles in the process, including exhausting 7-hour sessions on Zoom for editing. Anna said, “It’s been hard having the creative process interrupted all the time. You have to restart your brain, and editing a scene is such a flow, I realize now. We didn’t get in the flow as much as we used to because we would just be finding the story, the arc of the scene, and then suddenly you’re signed out. It feels like you’re in the middle of writing something and someone just grabs your paper.”