Home bakers get their chance to shine on ‘The Great British Baking Show,’ which goes by ‘The Great British Bake Off’ in the U.K. While the premise is seemingly ordinary, the culinary series is actually one of the most popular ones in recent decades. This season, we got to meet Peter Sawkins, who caught our attention from the very beginning. With his meticulous and detailed compositions, we couldn’t help but root for him. If you’re like us and want to learn where he is now, then we have got your back.

Peter Sawkins was crowned Star Baker in the very first week on the show. He made Gluten-Free Chocolate & Orange Battenberg Cake, following which he placed 2nd in the technical challenge that involved 6 Miniature Pineapple Upside-Down cakes. For the showstopper round, he created a cake bust of Sir Chris. He continued performing well for the next few weeks, although we will say that week 3 was not his best. 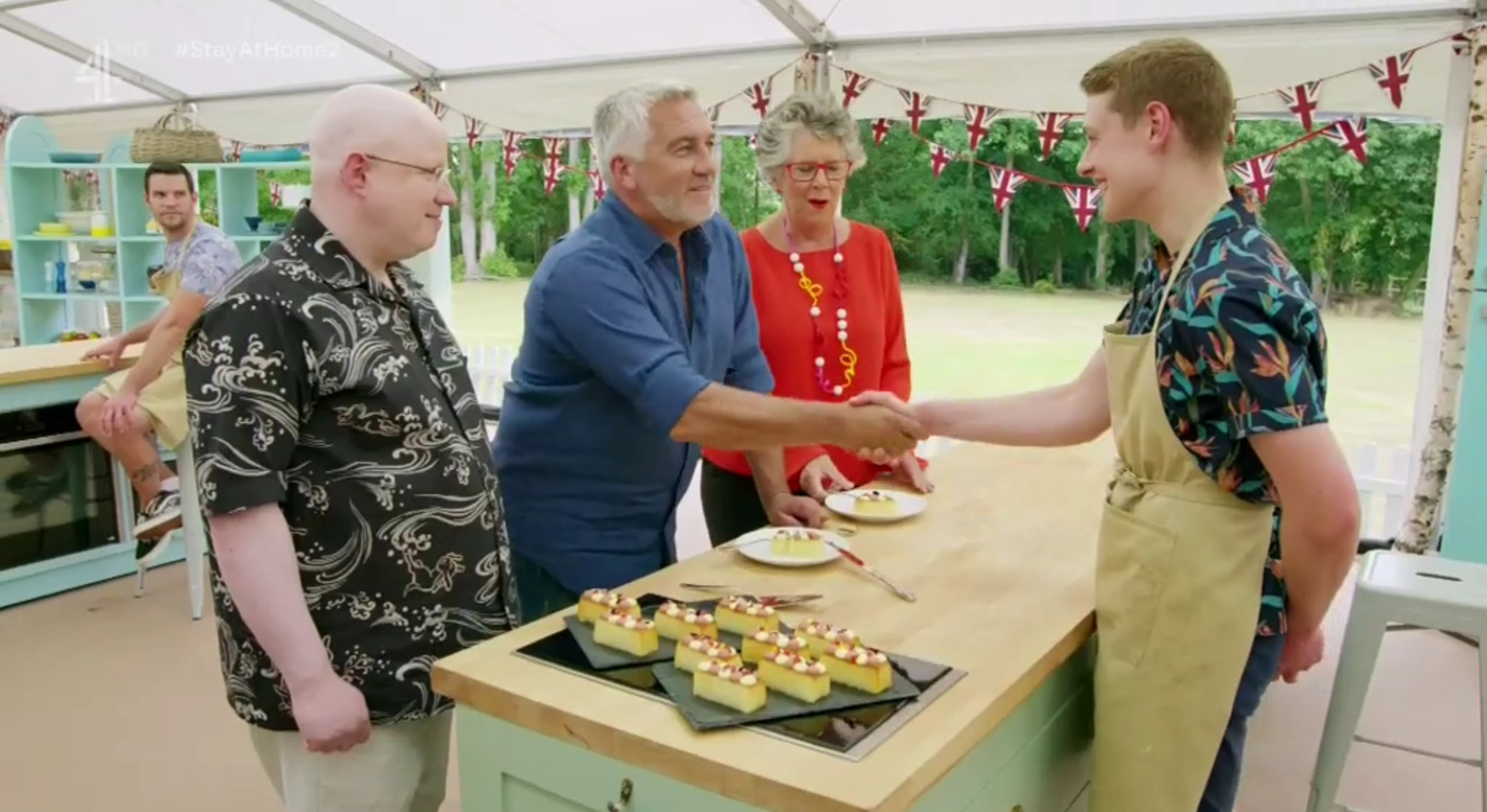 In fact, during Chocolate Week, Peter made Upside Down Brownies. He placed 4th in the technical challenge that had the contestants making Chocolate Babkas, followed by a White Chocolate Celebration Cake. During Pastry Week, he made 8 Kedgeree Pasties for the signature round, accompanied by a Blackberry & Lemon Tart for the showstopper challenge. He also came first in the technical challenge that week because of his Eclairs.

Week 6 celebrated everything Japanese, and for the first round, Peter made Lamb Steamed Buns. He took home the top spot in the technical challenge, in which the participants had to make a Matcha crepe cake. His Kawaii cake, Dizzy the Shuttlecock, was also impressive. He sailed through week 7 comfortably by recreating Thai Curry & Salmon Quiches and a Christmas inspired ice cream cake. Unfortunately, week 8 was not very kind to Peter. The judges were not very smitten with his Lime and Ginger Cheesecakes or his Snow Globe Jelly Cake.

Furthermore, he placed 4th in the technical challenge (in which participants had to make 2 Sussex Pond Puddings). But what goes down must also come up, and Peter was the embodiment of this phrase in the subsequent weeks. The semi-finals focused on Patisserie, and Peter was the only contestant who made a non-alcoholic Pâte à Savarin. Instead, Peter chose to go with the flavors of Strawberry and Elderflower. He also placed 1st in the technical challenge where the competitors were tasked with making a Cornucopia cake.

Lastly, he vowed the judges with the Chocolate, Raspberry & Pistachio Cube Cakes. For his efforts, Peter was crowned Star Baker a second time around. Naturally, he made it to the finals. Peter made 8 Cranachan Custard Slices for the showstopper round, and his Colossal Dessert Tower was named Bonkers Bake Off Bubble Cake. He also placed 2nd in the technical challenge, where he had to make 8 Walnut Whirls. For his precision, skill, and creativity, Peter was declared the ultimate home baker, becoming the youngest person (at 20) to win the competition.

Where is Peter Sawkins Now?

According to his Instagram, Peter is still a student at Edinburgh University, where he is studying Finance and Accounting. Since his win, many of his fellow students are lobbying for a building on campus to be renamed after him as well! The petition, which had over 123 signatures as per latest reports, reads, “Edinburgh University buildings are named after influential people from the university. We see no one as influential as the first Scottish winner and youngest ever winner of Bake off.” Clearly, winning the competition is just the beginning for this bright, young lad.

Read More: Where is Dave Friday From The Great British Baking Show Now?