Where is Randall Margraves Today?

Imagine the plight of family members of sexual abuse victims who have to sit through court proceedings, looking at the face of the monster who ruined their loved one’s life and still have to maintain courtroom decorum. You have to sit mum when all you want to do is gauge the criminal’s eyes out. That’s what a Michigan father must have felt when he heard two of his daughters testify in court against former US National Gymnastics team doctor Larry Nassar, who was accused of sexually abusing more than 260 women and young girls under the guise of medical treatment. Now that he is featured in ID’s ‘Chaos in Court’, people are curious to know who this father is who lost control and went ballistic in court. People also want to know what happened after his outburst and where he is today. We have all the information for you.

Randall Margraves is a field supervisor at R.M. Electric, Inc. that’s based in Lansing, Michigan. He is the father of Lauren, Madison Rae, and Morgan Margraves and husband of Sharri Margraves, Associate Director, Human Resources at Michigan State University.

The father of three shot to overnight fame and garnered nation-wide support in February 2018, when he lost his cool in court and lunged at the accused. The case was against Larry Nassar, former team doctor of the US National Gymnastics team and former sports doctor at the Michigan State University. Nassar had been accused of sexually abusing a whopping 265 women. He was convicted of those charges and the court sentenced him to 175 years in prison, the judge saying that he did not deserve to walk outside of prison ever again.

But before the sentence was pronounced for Nassar, Randall Margraves, whose daughters had testified against the guilty sexual predator and confessed to being victimized by Nassar, asked the judge if he could have five minutes alone in a room with Nassar. When the judge refused, Randall modified his request to just one minute. When it became clear that that was not going to happen, Randall shocked everyone present in the courtroom by suddenly bolting towards Nassar and violently lunged at him. He was blocked by Larry Nassar’s attorney, Matt Newburg, and tackled by three sheriff’s deputies. While on the ground and being place in handcuffs, he repeatedly said, “I want that son of a bitch.” 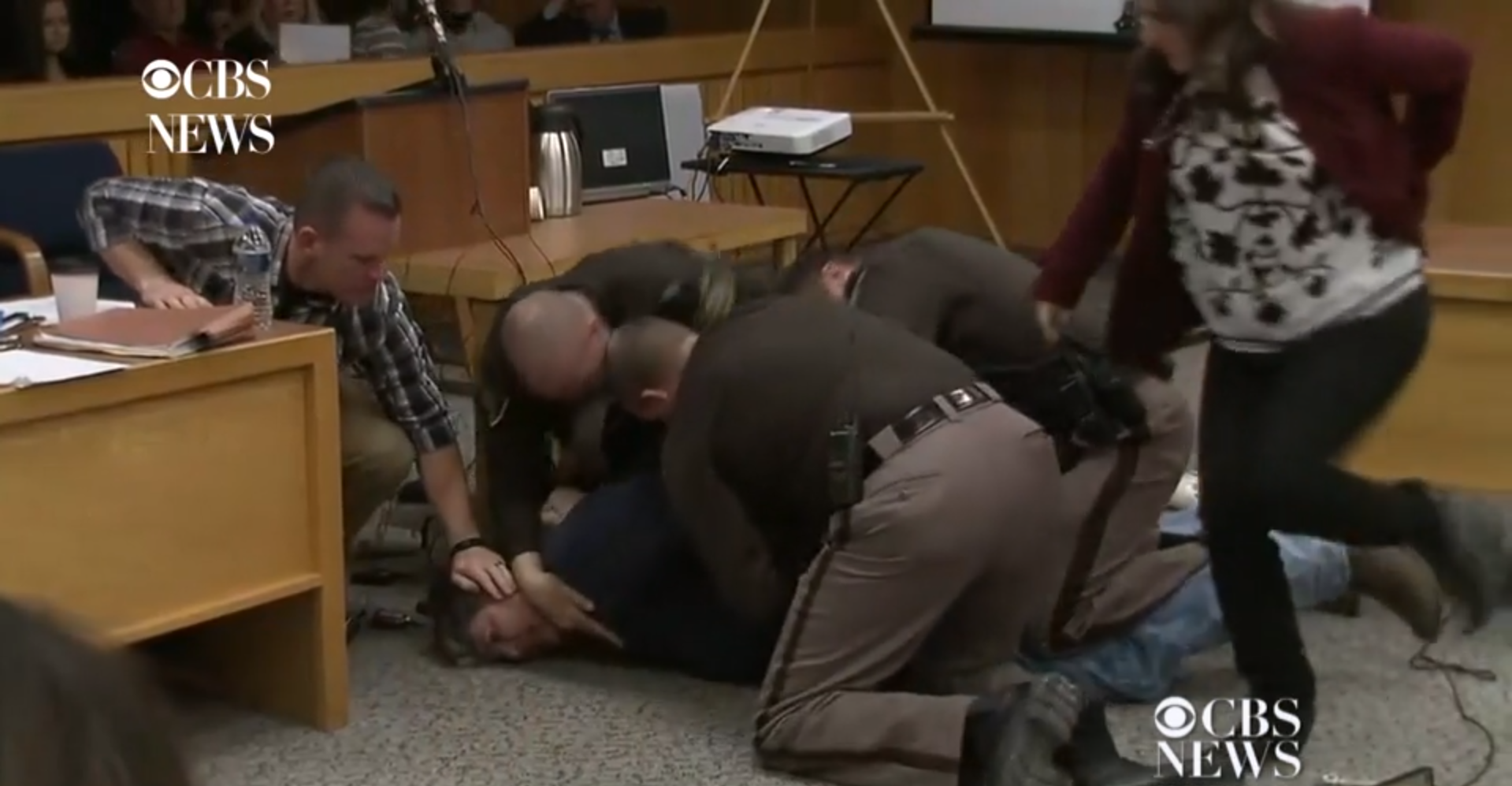 When a woman in attendance reprimanded Randall, he told her that she had “not lived through this”. As Randall was being escorted out of the room, he asked the officers to imagine what it would feel like if it happened to them. Randall spent the remainder of the final sentence hearing locked up in a holding cell.

He later came back before Eaton County Judge Janice Cunningham and apologized for his actions, saying that he never wanted to upstage his daughters but he just lost control when he saw Nassar shake his head while his daughter was testifying. He said he was deeply sorry for and embarrassed of his inappropriate outburst in court that morning. The judge was very understanding of his emotional state and no contempt of court charges were pressed against Randall.

Where is Randall Margraves Now?

Randall Margraves still lives a quiet life with his family in Lansing, Michigan and works at the same company – R.M. Electric, Inc. After his court outburst in 2018, the netizens of the United States had rallied around the pedo-punching parent, making him out to be a hero, and there had even been financial support raised through a GoFundMe page. Randall, saying that he was no hero and what he did was wrong even though he acted out of protective love for his daughters and that he did not need the financial support, refused the raised funds from the unauthorized funding campaign. The page initially raised $31,441 from 877 donations before it was suspended. The page offered refunds to donors until March 9. $1,706 was refunded to 44 donors, but the remaining amount was donated to these charities.