Where Is Rio DiAngelo Now? 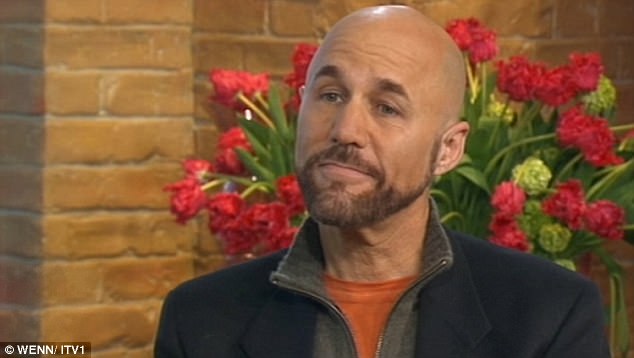 HBO MAX’s ‘Heaven’s Gate: The Cult of Cults’ is a four-part documentary series that chronicles the baffling tale of a religious movement that began in 1974 as a way for people to find something bigger than themselves but ended in 1997 with a mass suicide of its members. The rules followed by them, the uniforms worn, the strange requirement for names to end with the suffix “-ody,” the nomadic lifestyle, and much more are examined in this series. Probably one of the most important former members of Heaven’s Gate, who revealed most of this information to the media over the years, is Rio DiAngelo.

Who Is Rio DiAngelo?

Rio DiAngelo, real name Richard Ford, a computer designer, has been a spiritual seeker his whole life. At a very early age, he was exposed to many different belief and value systems from all around the world, which both confused and intrigued him. Owing to that, when he became an adult, he started his quest for finding answers related to life and existence, leading him to study Eastern and Western Philosophy from many infamous spiritual leaders. That is how, in 1994, he came across Heaven’s Gate and joined the organization, only to become known as Rio DiAngelo – the river of angels.

Rio was an active member of the cult until 1997, and by all accounts, he had planned to be the 40th body in the mass suicide. But just a few weeks beforehand, he claims to have been woken up with a disturbing feeling that he still had something left to do on Earth, that it wasn’t his time to make an “Exit.” Thus, he talked to Heaven’s Gate’s leader and apparently left with his blessing. And on the afternoon of March 26 of that year, he received a package from the organization containing farewell messages, an address, and a letter saying, “we have exited our vehicles, just as we entered them.”

Rio DiAngelo hitched a ride from his boss from Los Angeles to Rancho Santa Fe to verify the letter, discovering the back door of the address provided to be unlocked. He subsequently used a video camera to record what he found inside, just in case, but the first thing he remembers is the pungent smell of decomposing bodies. After Rio left the house, at around 3:15 p.m., he dialed 911, anonymously telling the operator about the mass suicide. He gave them the exact address and suggested that the police “check on the welfare of the residents.” A few days later, he admitted to being the caller.

Where Is Rio DiAngelo Now?

Even now, more than two decades since the tragedy occurred, Rio DiAngelo continues to advocate for Heaven’s Gate’s beliefs. Apparently, he often contacts the people who still moderate the organization’s websites. On the tenth anniversary of the suicides, Rio released a statement, saying, “I’m glad to be alive and planning to stay that way. I have a wonderful life with purpose. I am alive NOT because I rejected anything about Heaven’s Gate. I am alive because I have discovered something so extraordinarily important to the world that it needs to be passed on to you in its most true and accurate form from ME.”

He added, “I know everything worth knowing about them and I can say with absolute, undeniable certainty that Heaven’s Gate was indeed ‘The Second Coming of Jesus.’ I know it to be true… I am against suicide, and so was the group. What happened to Heaven’s Gate was an ‘EXIT,’ ‘The end of the Spirit reincarnation process and the beginning of life as a Soul in the Level Above Human.'” To further elaborate on his beliefs and how it coincided with that of Heaven’s Gate, Rio DiAngelo even published a book, “Beyond Human Mind: the Soul Evolution of Heaven’s Gate.”

After being a computer designer, a corporate art director, former celibate monk, author, and ex-member of Heaven’s Gate, Rio DiAngelo is now a Spiritual Teacher and Master of Soul Development, helping others bring about a positive change in their lives by guiding them through self-improvement, self-love, and spiritual advancement.