Where is Ronald Beckley Today? 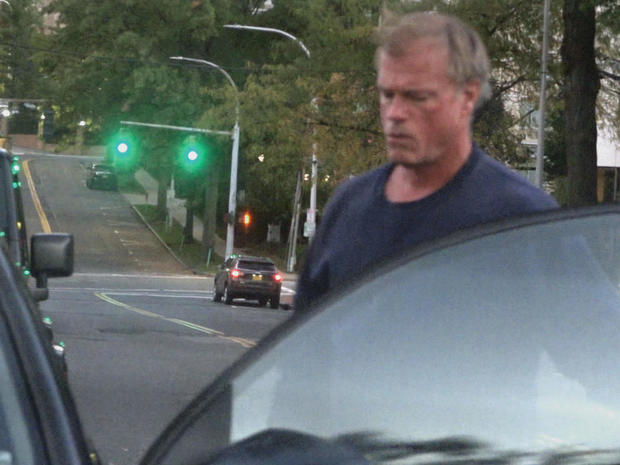 ‘48 Hours’ puts into focus the death of Danroy “DJ” Henry, and how DJ’s family has more or less been on a quest for justice all these years. While Aaron Hess has maintained his stance that he was simply defending himself in the wake of DJ’s speeding car, several other arguments vary from this narrative. Thus the case, from the beginning, has been torn apart in a split dialogue with some stating that Hess was right in his actions and others believing that it was a racially motivated attack.

Nonetheless, one prominent figure who made his voice clear during the deposition hearing for the wrongful death lawsuit filed by Henry’s parents is Ronald Beckley.

Who is Ronald Beckley?

Ronald Beckley is a former Mount Pleasant Police Officer, who was present and actively involved in the incident when it took place. After the incident, his involvement was stated by Chief Louis Alagno in a press conference. He said, “Another officer, Mt. Pleasant officer Beckley, was also standing in the fire lane as the vehicle drove towards him. He also discharged his weapon at the vehicle.” Ronald Beckley refuted this sequence of events and stated what happened as far as he was involved. He said, “I was shooting at a person that I thought was the aggressor and was inflicting deadly physical force on another.” Thus, in his 65-page deposition to Michael Sussman, attorney for the Henry family, he said that he had arrived at the scene in response to a bar fight that had been reported. However, once he reached there, he alleged that he saw a dark figure, mounting a vehicle. Based on the report, Beckley, who was standing almost 30 meters away, was unaware that the man in question was a police officer himself. Thus, he stated that he shot at the person he perceived as an ‘aggressor.’

Furthermore, he stated, “Just from the proximity I shot, it was very close. I’m a good shot. And when he landed he told me his knee was shot. And I took that to mean he took a round.” Even though Aaron Hess took medical leave because of the injury sustained to his knee, it wasn’t reported that it was from a gunshot wound. After the incident, Beckley was sent on leave after which he retired in 2011. Beckley was not given a full disability pension, even though he alleged that he had developed PTSD and high blood pressure as a result of the shooting. The reason given was that it did not meet the standard of the request he put in. He had also stated that in his 30 years as an officer, it was the first time he had fired at anyone. DJ’s family still considers this to be a turning point in the case. DJ’s mother, Angella Henry said, “When Ronald Beckley did that, it was an answer to prayer.”

Where is Ronald Beckley Now?

Ronald Beckley doesn’t seem to have a very active social media presence. In any case, one can hope that he is doing well. Since he spoke out, DJ’s family as well as others have appreciated him for his candor. (Feature Image Credit: CBS News)