Where Is Ronald Ollie Now? 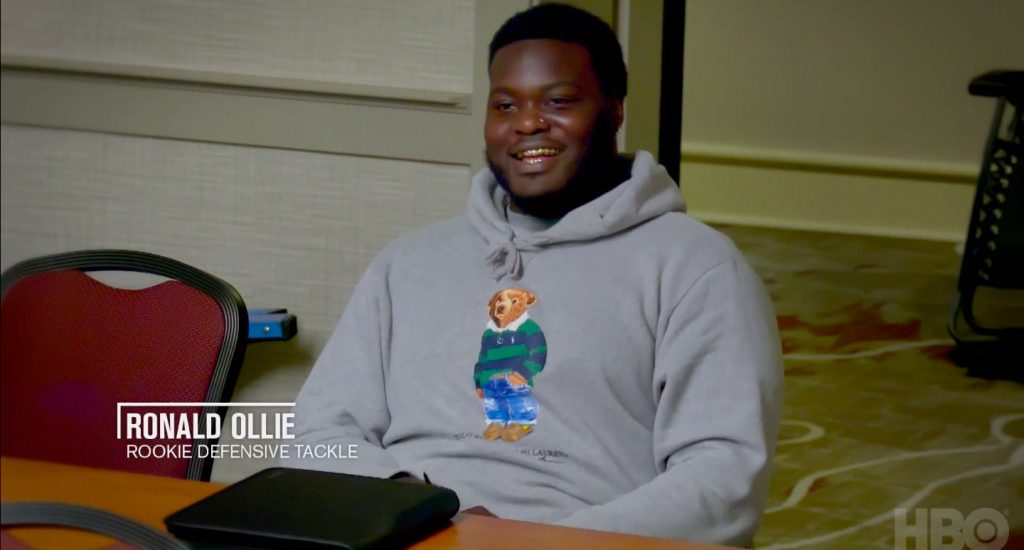 Netflix’s ‘Last Chance U’ is a sports documentary series that follows the journey of underdog athletes from community college football programs as they strive to make a mark in the sporting world, all the while dealing with their own personal and academic issues. The series first premiered in 2016, and ever since then, it has garnered a huge fan following. Not only is it packed with action both on and off the field, but its narrative is heartfelt, exhilarating, and engaging.

Throughout its five-season run, the show has ventured into East Mississippi Community College, Independence Community College in Kansas, and Laney College in Oakland, California. And, by having detailed one-on-one interviews with the coaches and athletes, we get the opportunity to see much more than the game. This is probably also the reason why we get so invested in their lives and wonder where they are even after years have gone by. So, here’s all that we know about Season One’s Ronald Ollie.

Who Is Ronald Ollie?

Ronald Ollie played the part of much more than a defensive lineman in season one. He was the show’s comic relief and, in some ways, its heart. His fun-loving nature and hard-working personality exemplified the JUCO experience. He was constantly on the grind to keep up with his schoolwork, fend off homesickness in the tiny town, and get the opportunity to play football at a higher level. Ronald became proof that when hustle gets combined with passion, a person can turn their life around.

The 6’2″ 295 lbs defense player is built for football. So, it was no surprise that he ended his successful stint at EMCC by accepting a Division 1 offer to play at FCS Nicholls State. After his transfer, in the two seasons that he had there before graduating, he learned the discipline that was required of him to go along with his NFL-ready athleticism and became ready to move on to play at a much higher level. In his last season for Nicholls, he played in 12 games and accumulated 13.5 tackles for loss, 5.0 sacks, and two fumble recoveries.

Where Is Ronald Ollie Today?

Unfortunately, even though Ronald Ollie’s all-round skills had improved, he went undrafted in the 2019 NFL Draft. However, soon after that, he signed a deal with the Oakland Raiders as a free agent to participate in their rookie mini-camp. This was just around the time when HBO’s ‘Hard Knocks’ was in town and filming for the team’s last season, so we even got to see a glimpse of him there. But, he was cut from the roster and the team during the pre-season.

A few months later, in early 2020, the Toronto Argonauts of the Canadian Football League happily signed Ronald to their team. But, due to the coronavirus pandemic, he hasn’t had the chance to suit up or get a proper feel of them yet. We’re sure, though, that as soon as the lockdown gets lifted and the world returns to normalcy, we’ll see much more of Ronald Ollie. ‘Til that time, you can check out his official merchandise or even keep up with him on social media.

My apparel’s now available, click the link in my bio for all purchases. Thank you to all my family, friends, fans and supporters ‼️

Read More: Where Are Last Chance U Season 1 and 2 Cast Members Now?