Where is Russell Simmons Today? 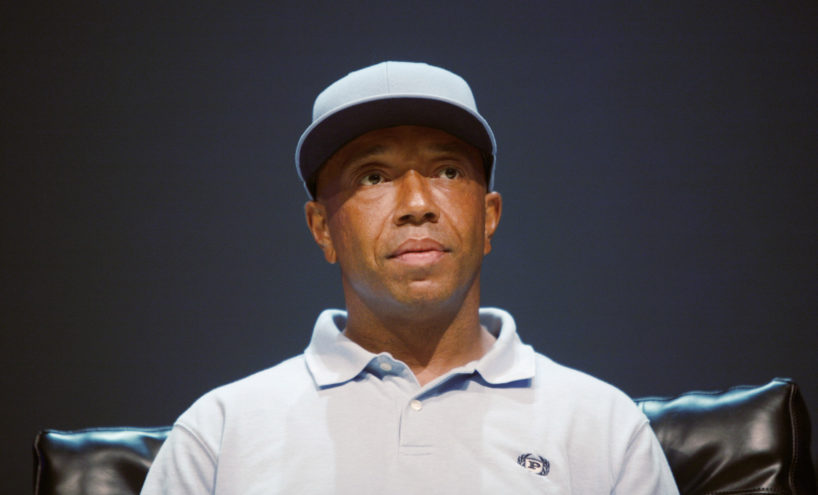 ‘On the Record’ on HBO Max is yet another powerful documentary in the post #MeToo era, highlighting the exploitative practices of Russell Simmons, the co-founder of Def Jam Recordings. Simmons is almost like royalty in the world of hip hop, having promoted groups like Run-DMC. Artists like LL Cool J and Nas are associated with Def Jam as well.

However, in the world of music, work and play often have blurry lines, with many late nights at clubs scouting talent. Russell, accordingly, was the picture-perfect decadent playboy with his Rolls Royce, drugs, and hypersexuality. The sexual harassment within the music industry often goes unreported, especially when a gatekeeper like Simmons is involved. Moreover, the survivors are usually mindful of the cultural impact men like Simmons have made in the black community. Thus, women have kept silent for a long time, but they are speaking up now, and they weave a harrowing tale in ‘On the Record.’

Where is Russell Simmons Now?

Multiple women spoke out against Simmons in an expose by The New York Times, which came out in December 2017. Following the allegations, Simmons stepped down from his companies All Def Digital, Def Pictures, his film company, and Russell’s yoga lifestyle brand Tantris. He released a statement saying the companies would be run by “a new and diverse generation of extraordinary executives who are moving the culture and consciousness forward,” and he’d commit to “personal growth, spiritual learning and above all to listening.”

As more women came forward with their stories, Russell found himself embattled on all sides. The Hollywood Reporter noted that Simmons had started selling off his real estate in the US by July 2018. Among the properties sold, are his New York Financial District penthouse, his house in Hollywood Hills, and the Tantris Yoga Studio on Sunset Boulevard. At that time, a spokesperson for Simmons noted that “Russell divested himself of his active U.S. business interests last year to focus on his spiritual practice and serving his community. As part of that journey, Russell has traveled to many spiritual destinations around the world but continues to retain active family presence and residence in the U.S.”

Notably, Simmons has moved to Bali in Indonesia. Despite the official narrative, there have been claims that Russell simply moved to Bali because it has no extradition treaty in place when it comes to the US. Check out a post by Simmons below, which shows that he’s in Bali.

Today we cancelled your flight ✈️ to Bali …I’m so so sorry you can’t come tomorrow … There is some evidence that long flights could be a bit dangerous… I was really looking forward to you coming back .. Was excited to show you the new @mingleesimmons suite and also taking u back to all your favorite places .All Good .:I’ll come there instead We waited till the last minute but there’s no shortage of fear and of course any risk of infection is too much… love you with all my heart ❤️ daddy….ps Here’s a pic of us Always …REMEMBER THIS WHEN YOU ARE DISAPPOINTED.. the Eyes’s behind the eyes never change You are unchanged, the watcher in you ‘“the Holy Spirit” is alive and sees the struggle, the ease ,and all things as manifestations of the Goddess and she creates “only perfection” The Yogini knows “the world is in perfect order” Be happy ❤️ again …LOVE YOU

Simmons seems to have revamped his image, changing his online name to ‘Uncle Rush.’ He’s gone from being a hip hop mogul to being a yoga instructor and elderly statesman. Drew Dixon, one of the women speaking out against Simmons, stated that years later, in an industry event, he apologized to her. He said he had daughters now and did yoga and knew what he’d done to Drew was wrong. You can check out a tweet by Simmons below, showing how invested he is in yoga as a way of life.

Drown out the noise !!’ A powerful shockwave of peace and rejuvenation will be sent throughout the planet with a mass meditation 1 billion Meditators all vibrating may 21 at 11 am pst All together quantum… https://t.co/vRyRvXt9dW

However, despite being apologetic about his past actions, Russell has maintained that he’s not guilty of sexually assaulting anyone. In May 2019, The Hollywood Reporter noted that he’d made a statement, saying, “I am horrified at the false allegations made against me in the Complaint. I do not know, and I have never heard of Plaintiff. Her allegation that I committed sexual battery and threatened to rape her son is absurd, shameful, and untrue. I have never had non-consensual sex with Plaintiff or anyone else.” Simmons’ statement arrived in the wake of a case made by a Jane Doe, who alleged that Simmons asked her backstage, and to his hotel room, after a concert, she’d attended with her son. While in the hotel room, he’d proceeded to rape her.

Simmons also had quite a bit to say about ‘On the Record,’ which initially had Oprah as an executive producer. In December 2019, he confronted her about singling out black people in her activism. You can check out the lengthy Instagram post below.

Dearest OPRAH,you have been a shining light to my family and my community. Contributing so much to my life that I couldn’t list a fraction of it in this blog.Ihave given you the gift of meditation and the groundbreaking book”THE POWER OF NOW “we bonded to say the least. This is why it’s so troubling that you choose me to single out in your recent documentry. I have already admitted to being a playboy more (appropriately titled today “womanizer”) sleeping with and putting myself in more compromising situations than almost any man I know. Not 8 or 14 thousand like Warren Beatty or Wilt Chamberlain, but still an embarrassing number. So many that some could reinterpret or reimagine a different recollection of the same experiences. Please note that ur producers said that this upcoming doc was to focus ONLY on 3 hand chosen women. I have refused to get in the mud with any accusers, but let’s acknowledge what i have shared. I have taken and passed nine 3-hour lie detector tests (taken for my daughters), that these stories have been passed on by CNN, NBC, BUZZFEED, NY POST, NY MAG, AND OTHERS. Now that you have reviewed the facts and you SHOULD have learned what I know; that these stories are UNUSABLE and that “hurt people hurt people”. Today I received a call from an old girlfriend from the early 1980s which means that they are using my words/evidence against me and their COMMITMENT/ (all of the claims are 25 to 40 years old) It is impossible to prove what happened 40 years ago, but in my case proof exists of what didn’t happen, mostly signed letters from their own parents, siblings, roommates, band members, interns, and in the case of 2 of your 3 accusers,their own words in their books. Shocking how many people have misused this important powerful revolution for relevance and money. … In closing, I am guilty of exploiting, supporting, and making the soundtrack for a grossly unequal society, but i have never been violent or forced myself on anyone. Still I am here to help support a necessary shift in power and consciousness. Let us get to work on uplifting humanity and put this moment and old narrative behind us

Although Oprah cited creative differences and expressed support for the women telling their stories, The New York Times reported in January 2020 that she’d left after being privately pressurized by Simmons over the expose. Whether Russell Simmons has changed for the better, is not something for us to ponder. However, there is no denying that he’s still using his influence within the industry to turn tides in his favor. It is most evident by his attempts to hamper the progress of ‘On the Record.’

Most recently, Simmons has mourned the death of Andre Harrell, the founder of Uptown Records and once-CEO of Motown Records. Check out his tweet below.

#Repost @diddy
・・・
Irreplaceable 💔 @iamAndreHarrell I MISS YOU. HE WAS SO KIND. SO BEAUTIFUL. SO PATIENT. SO BLACK. SO CARING. SO SHARING. SO WISE. THE LIFE OF THE PARTY. A MUSICAL GENIUS! MY HERO. !🖤✊🏿LOVE FOREVER 💔 https://t.co/9ktk04SN7Z

Even though he’s not in the US, Russell is concerned about the coronavirus pandemic and seems eager to help out the community. Therefore, a recent post outlines how he’s urging others to contribute to those on the frontlines in Newark. [Cover Photo Courtesy: Photo by Rodrigo Varela/WireImage]

The surprise guests has been let out of the bag Tomorrow Saturday 4pm pst on my Facebook please share it on yours as well thank you to gushcloud Danny @thelegendaryblackice .. @jessicacaremoor and whole team for producing this amazing event excited for the world to see it and raise a few dollars and a prayer for the victims of and frontline workers fighting the covid 19 virus