Where is Shannon Lee Now? 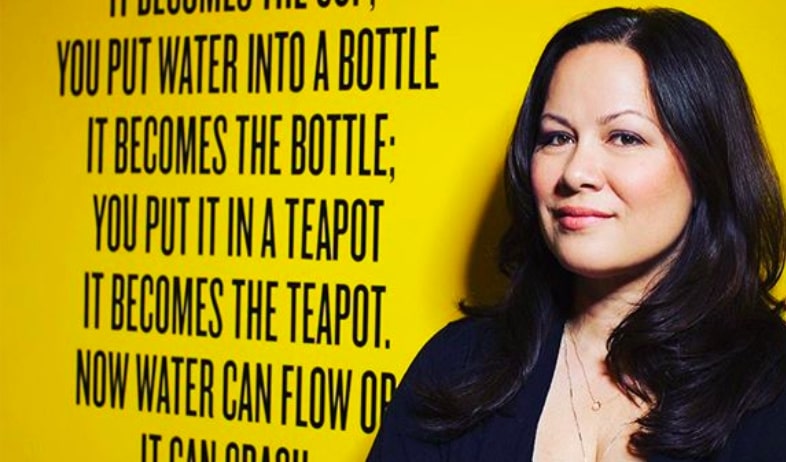 ESPN’s ’30 for 30′ retraces with precise detail the legacy left behind by Bruce Lee in ‘Be Water.’ In his relatively short lifetime, he managed to accomplish and do things that many others have not been able to do. His two children followed in his footsteps and managed to establish a career in both acting and martial arts. While Brandon Lee, like Bruce Lee, passed away at a young age, Bruce Lee is now survived by his daughter, Shannon Lee.

Shannon Emery Lee was born on 19 April 1969. She was only four years old when her father, Bruce Lee, passed away. The family shifted to Seattle, Washington, after Bruce Lee’s death. Shannon majored in music from Tulane University in New Orleans. She learned the martial art form her father founded, Jeet Kune Do, from one of her father’s students. She also learned taekwondo and kickboxing.

Me and my baba @brucelee Not the best quality photo but look at that giant smile on my dad’s face! I, on the other hand, look like I just woke up from a nap. 😄 #missyoudad #loveyoudad

She made her acting debut in her father’s biopic, ‘Dragon: The Bruce Lee Story.’ She has also acted in other films like ‘High Voltage’ and ‘Enter the Eagles.’ She has also starred as a guest for the television show, ‘Martial Law.’ She had a brief career in the music industry, where she sang songs like ‘The Mechanical Forces of Love,’ for the pop band Medicine, and ‘I’m in the Mood for Love,’ for the film, ‘China Strike Force.’

More and more I think the most important thing we can do day in and day out is to show up as ourselves. It doesn’t matter if you do big things in life or small things if you show up fully as your true authentic self. Because to show up confidently and lovingly with an open heart and an open mind, is perhaps the biggest thing we can ever dare to do. ❤️

Shannon Lee wanted to nurture her father’s legacy and hence, was instrumental in establishing The Bruce Lee Foundation. The foundation aims to spread Bruce Lee’s martial art practices and philosophy for the personal growth and welfare of those who want to learn and grow from it. She is the CEO of the foundation. The foundation managed to raise $ 35 million to build the Bruce Lee Action Museum in Seattle. She is, thus, a businesswoman as well. She is a constant practitioner of her father’s philosophy. Shannon has faced several issues from her father’s side of the family in China. After Bruce Lee’s death, all of his estate was left to his wife and children. The extended family contested this. Furthermore, Shannon accused companies of using Bruce Lee’s name without the foundation’s authorization. She also approached his ancestral home to hand over Bruce Lee’s trademark to the foundation.

Shannon Lee married Anthony Keasler in 1994. Anthony Keasler is a lawyer. The two have a daughter named Wren Lee Keasler. Shannon was the executive producer of the series, ‘The Legend of Bruce Lee.’ She was also the producer for the documentary film about her father, ‘How Bruce Lee Changed the World.’ It is her core mission to spread the philosophy and unique art form of her father.

I am grateful for….laughter as medicine, love as fuel, unprecedented mother/daughter time, the most amazing kid in the history of my ever, our continued health, the well being of our family and friends, a sense of togetherness, wishes for all the healing that is possible, hopes for all the learning we can take in, the sun light, the cool wind, the cleansing rain, my home that I love, my loves that are my home, my team who are the best, unending positivity, radiating the highest vibes, the infinite in all its workings, the stillness of calm at my center, all the silliness that can be had, puppy cuddles, all the brilliant teen sarcasm to spar with, that my dog takes me for walks every day, and lastly, I have gratitude for this feeling of gratitude, for it lifts my spirit and brings me to love. Sending all the love I have to all who will have it. ❤️

Where is Shannon Lee Now?

She still actively manages the various activities of the foundation. She also maintains the official Instagram page devoted to her father. She is the executive producer of the series, ‘Warrior,’ which saw its release in 2019. The second season of the series is set to release sometime in October 2020. In an interview, she said, “You know, this show, ‘Warrior,’ is based on a treatment that my father wrote, and the thing that I want to sort of get across the most is beautiful, multifaceted, authentic, Chinese stories and characters, and also just have this be an extension of his legacy.”

She also commented on the way her father was portrayed in, ‘Once Upon a Time in Hollywood.’ She said, “I understand they want to make the Brad Pitt character this super bad-ass who could beat up Bruce Lee. But they didn’t need to treat him in the way that white Hollywood did when he was alive.”

#Repost @brucelee with @make_repost ・・・ George Floyd was a man. And a another man representing a system took his life. And now countless others are living with loss, rage, suffering and trauma because we have abdicated our human responsibility to one another. We have become cogs in the machinery of exclusive club mentality, systemic allegiances, codes of conduct, pacts of power, and fear of one another such that we can no longer allow another to live. We can’t resist crushing someone to death even when he tells us that he can’t breathe. Are these the rights we were looking for? The right to treat one another with fatal disregard? The right to abuse power? If this is who we are, is it who we wanted to be? If everything is expendable, including people, then what are we living for? For a few moments of authority? For the high of temporary domination? Over what when nothing is left because we’ve chosen to throw each other away? George Floyd was a man. A human being. And another man who believed himself part of a more powerful or important or right system, a man who couldn’t control himself, took George Floyd’s life. There’s so much here to grieve and so much that needs to change. -Shannon #GeorgeFloyd #blacklivesmatter #OneFamily • “The individual is of first importance, not the system. Remember that man created method and not that method created man. You cannot free yourself from the responsibility for your acts. You cannot hide malevolence under the virtue of obedience or act dishonorably because you were obeying orders, nor can you claim absolution by proclaiming yourself the chosen instrument of God, history, fate, or nation. Man, the living creature, is always more important than any established system." ~Bruce Lee

Shannon Lee posts several throwback pictures of her childhood with both her parents and brother in it. She also posts several other updates radiating both her father’s philosophy and her work. Recently, she made a post in line with her support for ‘Black Lives Matter.’ She wrote, “George Floyd was a man. And another man representing a system took his life. And now, countless others are living with loss, rage, suffering, and trauma because we have abdicated our human responsibility to one another.” She made it resound with a statement her father made.