Where is Shawn Grate Now? 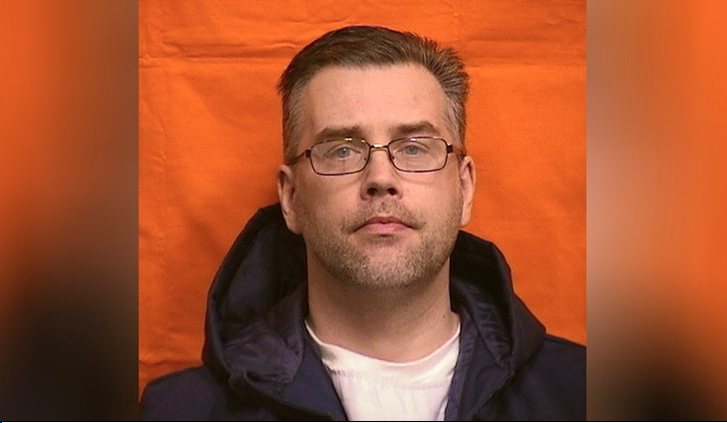 Investigation Discovery presents a detailed look at the people who have committed some of the most prolific and horrible murders in the country. In ‘Evil Lives Here,’ they look at the events and consequences that made the criminals so in the first place. Interviews are also conducted with their family members and loved ones to obtain firsthand accounts. In one such episode, the prolific serial killer, Shawn Grate, is discussed.

Who is Shawn Grate?

Shawn Michael Grate was born on August 8, 1976, and hails from Ohio. His parents got divorced when he was just 6 years old. He was described as a charming man in his teenage years, but many ladies later described him as jealous, controlling, and violent. He graduated from River Valley High School.

Grate had run-ins with the law, starting in 1994 when he was incarcerated for assault. In 1997, he went to jail for burglary, and in 1999 he was found guilty of criminal trespassing and disorderly conduct. However, the world will remember him as a convicted serial killer. It was a 911 call that led to his arrest, and the tragedy of his victims is hard to stomach even today.

Let’s start at the very beginning. On March 10, 2007, the police found the body of an unidentified woman off Victoria Road in northeast Marion County. They released a composite sketch of the lady but failed to identify her, hence referring to her as Jane Doe. On February 6, 2015, Rebekah Leicy was reported missing in Mansfield. The next month, a worker discovered her body behind a tree when he was checking gas wells on Country Road. On 16 August 2016, Elizabeth Griffith went missing in Ashland. The list continued, with Stacey Stanley also being reported missing on September 8 that year in the area. She had a flat tire and called her brother at 10:47 pm. This would be the last time that anyone would hear from her.

A week after Stacey’s disappearance, the police received a call from a woman who said that she had been abducted. She was only able to make that call because Grate was asleep and she used his phone. The conditions she lived in as a hostage were shocking, to say the least. She was tied to a bed and sexually assaulted, and there were two corpses of other victims that filled the house with a foul stench. The woman informed the cops that she had known Grate for a month and a half before the abduction. They were walking near her apartment when he kidnapped her, and he then broke into an abandoned home. It was near East 4th Street and Covert Court.

That day, the cops found both the woman and Grate alive, and also realized that the two corpses belonged to the previously missing Stacey Stanley and Elizabeth Griffith. After this discovery, Grate confessed to the murder of another missing woman from Huron County when in police custody. In 2016, the police said that Grate was possibly connected to the Jane Doe case. She was later identified as 23-year old Dana Nicole Lowrey. In a few days, the authorities reopened the Rebekah Leicy case as well. He was also charged with the murder of his former girlfriend Candice Cunningham.

Where is Shawn Grate Today?

In a letter to another reporter, Grate stated— “They were already dead. Just their bodies were flopping wherever it can flop but their minds were already dead! The state took their minds. Once they started receiving their monthly checks.” A gag order was also issued to prevent him from communicating with the media further.

Grate was sentenced to death for Stacey Stanley and Elizabeth Griffith’s strangulation. He was also awarded life in prison without parole for the murder of Rebekah Leicy and his ex-girlfriend. He was already on death row when he confessed to the murder of Dana Lowrey, which occurred back in 2006, for which he was given life without parole plus 16 years.

Shawn Grate is at the Chillicothe Correctional Institution, and his legal team has appealed the death sentence in the Ohio Supreme Court. Due to this, a stay has been put on his initial execution date of September 13, 2018. In an interview with Cleveland 19 News, he said, “I’m afraid of the death penalty. I will have cases in Richland here and Marion and there’s time… I’d like to die on my own and not by the state. My attorneys keep telling me not to talk to anyone. I don’t need you. I’m guilty.” He then proceeded to ask for forgiveness from his victims’ families.