Where is Shayanna Jenkins Now?

Netflix’s latest three-part true crime docuseries, ‘Killer Inside: The Mind of Aaron Hernandez’ takes a peek into the life of the former NFL star turned murder convict. But it also explores all the lives that were impacted from his actions – from his friends and family to the loved ones of his victims. Aaron’s was a short but intriguing life. One that was once filled with great promise, but eventually unraveled into something unspeakably violent. The documentary on Aaron that comes to an end, a little after his death. But the tragedy continues in real life for all those who were left to pick up the pieces of his horrifying acts.

Of all the people whose lives were impacted, Shayanna Jenkins’ life was hit the hardest. Jenkins was Aaron’s fiancee, and the mother of his daughter, Avielle. The two were childhood sweethearts and ultimately got engaged during Jenkin’s baby shower. She gave birth to Avielle on November 6, 2012, which is also Hernandez’s birthday, and the two had planned to get married in 2014. Unfortunately, life had other plans for them.

Jenkins is clearly one of the most intriguing figures in the Netflix documentary as we see her by Aaron’s side through thick and thin even when it means she has to choose him over her own family. She was there for him even when his own mother and brother weren’t. Aaron got convicted of murdering Ordiz Lloyd who was her sister, Shaneah’s boyfriend. It makes wonder how strong her love and belief in Aaron must be. Even years after Hernandez’s death, Jenkin still stands by his side and takes care of the family they made together.

In the final part of ‘Killer Inside’ we learn that barely five days after being acquitted of the Boston double homicide, and two days after insensitively being outed on radio, Aaron hung himself. The news was shocking to everyone including his wife, Shayanna who initially thought that someone was playing a cruel joke on her. But it was true, and it was devastating. Interestingly, Aaron left Shayanna a suicide note, along with one for his daughter and lawyer. Aaron’s note to Shayanna stated:

“You have always been my soulmate and I want you to love life and know I’m always with you. I told you what was coming indirectly! I love you so much and know you are an angel…Your characteristic is that of a true angel and the definition of God’s love! Tell my story fully but never think anything besides how much I love you.”

Aaron went on to say that it was “the supreme almighty’s plan” and told her to take care of Tanya’s children). He also spoke of how much he loves his daughter. He also cryptically mentions “(You’re Rich)” in the letter, and goes on reference the couple’s song, and the passage from John 3:16, which he also wrote on his forehead in red, and on the walls with blood when he committed suicide.

It has often been suggested that Aaron might have committed suicide in the hopes of Jenkins and Avielle receiving over $6.5 million from his contract with the New England Patriots who let him go when he was arrested. But it has been stated that she is unlikely to receive that money. 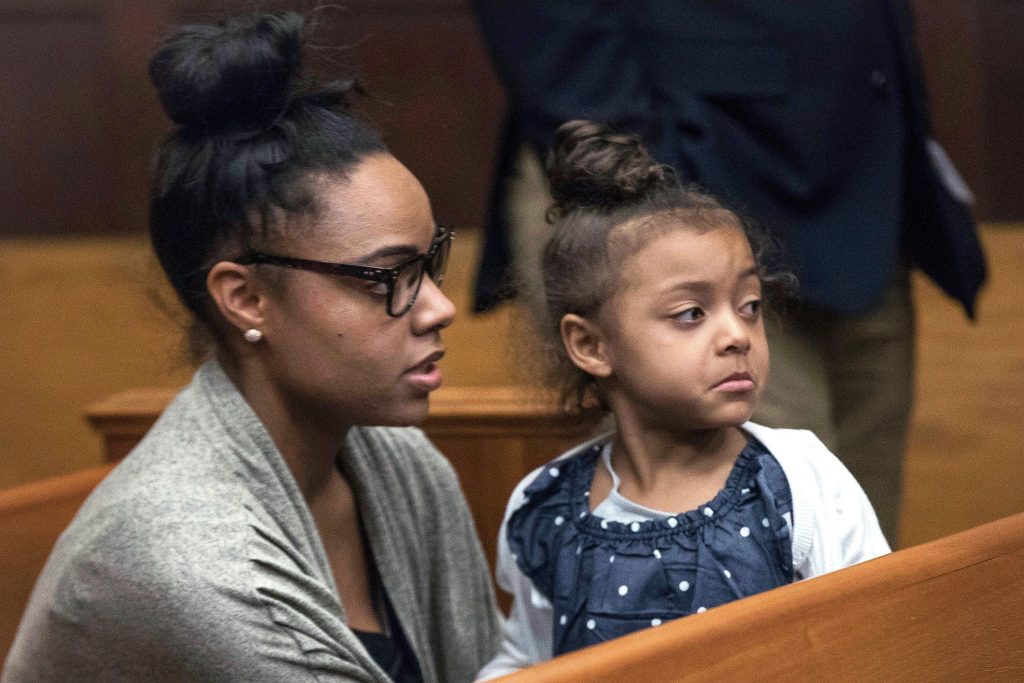 After Aaron’s death, his brain was donated to the CTE centre in Boston University to be tested. Researchers at BU released a statement in September 2017 diagnosing Hernandez with Stage III CTE (chronic traumatic encephalopathy) which is typically seen in deceased players of age 67. It was the most severe case BU had ever seen for someone of Aaron’s age. It is largely believed it was Aaron’s severe CTE that made him violent, aggressive and paranoid in his last years, and was potentially also a reason for his suicide.

Aaron’s daughter Avielle had the legal right to sue the NFL over his CTE diagnosis, but because of being underage, Shayanna sued the league. The $20 million suit read that it was because of the symptoms of CTE that Avielle Hernandez was of deprived “the love, affect, society and companionship of her father while he was alive”. It also claimed that NFL was “fully aware of the damage that could be inflicted from repetitive impact injuries and failed to disclose, treat or protect him from the dangers of such damage.”

Where is Shayanna Jenkins Now?

Shayanna has been estranged from her sister and the rest of her family because she chose to be loyal to Aaron. In 2015, despite not being married to him, she legally changed her name to Shayanna Jenkins Hernandez as she believed he and his daughter were his family. After a month after his death in April 2017, she appeared on Dr. Phil and broke her silence over the suicide and also said that she will continue living her live and raise a great daughter.

In November 2017, as she had the legal right to, she sold off Aaron’s mansion in North Attleboro for $1 million, and shifted to Rhode Island with her daughter, where she currently lives. It was also revealed after his death that Aaron may have set up a trust fund for Avielle.

Many of you have had speculated that I may be expecting another miracle which is very accurate , I wanted to take time and process and post when I was ready to. I wanted to have a moment for myself alone with my daughter … we are beyond excited about the new addition and chapter we will soon begin . I couldn’t be a luckier woman to have such a perfect little girl that’s prepared to become the best big sister , and even more blessed to welcome another babygirl to our home . BabyG we are very excited to meet you !!! Mommy and sissy will continue to wait patiently for your arrival. I thank everyone for the continued support and appreciate the respect for our privacy that has been shown . 😍

Over a year after Aaron’s death, Jenkins announced her pregnancy on social media. She gave birth to her daughter on June 2018. She lives with her two daughters in Rhode Island, and is reported to be in a happy relationship with Dino Guilmette, who she met on Long Island. Guilmette is a boxer and bar owner who played college football with Aaron at University of Florida.