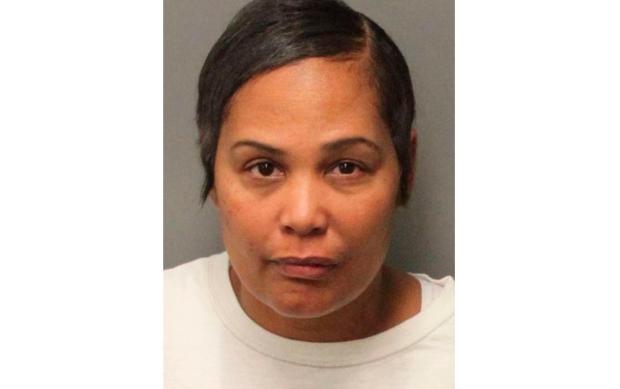 ABC’s ’20/20′ has been a staple for true-crime fanatics ever since its premiere in 1978, and now, with their focus primarily on hard-hitting investigative journalism, it is appreciated and consumed more than ever. Their most recent episode, ‘Mystery in Memphis,’ takes a look into the murder of a former NBA player, Lorenzen Wright, who was shot to death in a wooded area in Memphis, Tennessee, after he went there to visit his ex-wife and their children. It also highlights how it was she, his ex-wife, Sherra Wright-Robinson, who masterminded his slaying.

Sherra Wright-Robinson and Lorenzen Wright had been married for quite a long time before their relationship started to crumble apart. After all, they did have a total of seven children together. It was only five months prior to Lorenzen’s disappearance and death, which transpired in July of 2010, that their divorce was finalized, and they parted ways for good. However, because there was constant communication between the two, mostly regarding their family, it seemed as if they were still on relatively good terms and didn’t hold any grudges. But that was not the case, at all.

When Sherra filed a missing person’s report on July 22, 2010, she said that Lorenzen had left her home in Collierville, Tennessee, on the night of July 18, with drugs and an unspecified amount of money, and had not returned. However, what she failed to mention was that she knew the reason why, and was, in fact, responsible for it. When Lorenzen’s body was discovered days later, Sherra, of course, was interrogated and searched. And, although burned pieces of metal and a letter addressed to both her and Lorenzen were found in her home, there was nothing concrete that tied her to his death, and so, she was cleared.

Later on, when it came to light that Sherra had rapidly spent the $1 million that she received from Lorenzen’s insurance policy, meant to benefit their children, she was shoved into the spotlight once again. In 2014, though, she agreed to a confidential settlement of the dispute and was again let go. Then came November 2017 and the discovery of the firearm believed to have been used to murder Lorenzen. The gun, which was dumped in a Walnut, Mississippi, lake, led the police straight to Billy Turner and Sherra Wright-Robinson, who resided in California at the time. And soon, they were both indicted on charges related to Lorenzen Wright’s slaying.

After Sherra Wright-Robinson was arrested and extradited to Tennessee, further investigations, with the help of witnesses, unraveled that she had masterminded her ex-husband’s death because of greed and personal benefits. Her initial plan was to hire and have two men kill the NBA star at his home in Atlanta, Georgia, but after that attempt failed, she and Billy Turner, whom she met while attending the same church, conspired to kill him in Memphis. After they succeeded in their plan, so as to get rid of the evidence, they then dumped one of the guns into the Mississippi lake, which in the end, became their downfall.

As Sherra was arrested and charged with first-degree murder, she faced the possibility of life in prison if she went to trial and was convicted. Therefore, in 2019, she handed in a plea deal, negotiated between her defense team and the prosecutors, where she pleaded guilty to facilitation to commit first-degree murder and facilitation to commit attempted first-degree murder. This deal was unexpected, but it was accommodated, especially as Lorenzen’s family didn’t have a problem with it. And, in the end, after the hearing, Sherra Wright-Robinson was convicted of her guilty plea charges and sentenced to 30 years behind bars.

She is required to serve a minimum of 30% of her sentence before being eligible for parole, meaning 9 years. And, as she got credit for all the time she already served in the local jail pending her trial, it reduced her potential prison time to around 7 years. She could be eligible for release sooner, with good behavior, but recent records show that she has a discipline problem in jail, meaning that that might not be in the cards for her. In other words, at the age of 49, Sherra Wright-Robinson is still behind bars, at the Tennessee Prison for Women, where she will stay till at least 2026.

Read More: Where Are Lorenzen and Sherra’s Children Now?

Where To Stream Murder on Middle Beach?