Where is ‘Single Parents’ Filmed? 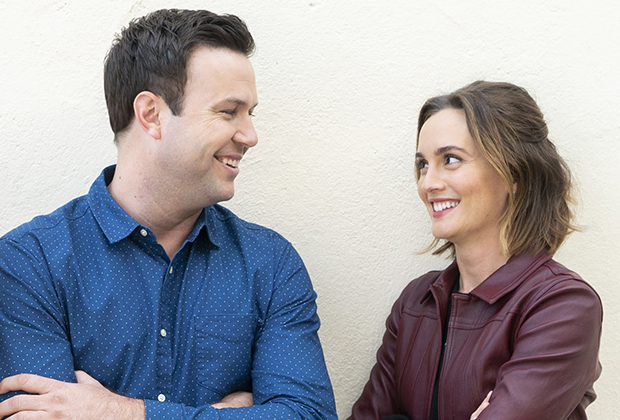 Continuing in a tradition that is practically as old as network television itself, ABC’s family sitcom about parenting titled ‘Single Parents’ aims to put a fresh twist on the age-old family show formula tackling kids and parenthood. As the name would suggest, the show follows a group of single parents as they experience a cacophony of emotions of love, joy, sadness, and heartbreak while raising their children as best they can.

‘Single Parents’ stars actor Taran Killam as the protagonist Will Cooper, a divorced man in early thirties hyper focused on raising his daughter; Leighton Meester as Angie D’Amato, a single mother with a son; Brad Garrett as Douglas Fogerty, a somewhat clueless, a recently widowed father of twin daughters; Kimrie Lewis as Poppy Banks, single mother to a son, and Jake Choi as Miggy Park, single father to a baby son as part of the main cast.

The overarching plot line of ‘Single Parents’ follows the group banding together and trying to help Will regain his identity as a man and a human being by reintroducing him to the dating world while teaching him that parenthood need not overwhelm every aspect of his personality. Helmed by ‘New Girl’ creator Elizabeth Meriweather, ‘Single Parents’ is currently wrapping up its second season, with the finale set to air on February 12, 2020. If you were wondering where ‘Single Parents’ is filmed, read on.

As is fairly standard for most Hollywood sitcoms, ‘Single Parents’ is filmed in the City of Angels itself – Los Angeles. The principal filming for the show takes place on set in Los Angeles, but several scenes are also shot on location in various places around town. The set of ‘Single Parents’ is extraordinarily large, especially for a show of its type.

Executive Producer of the show, Jason Winer feels this helps keep things fresh while facilitating seamless transitions between shots, saying, “it’s really fun for the writers to be able to set things in different environments and rotate in different houses.“ Check out this picture posted by actor Taran Killam on his Instagram account:

The primary filming location for ‘Single Parents’ is the Fox Studio Lot in Los Angeles, California. However, the showmakers want to recreate the lives and homes of a single parent in an authentic manner. For example, in the show, Angie is a harried single mother who is struggling to juggle her personal, parental and professional responsibilities and desires.

As such, she would not be afforded a lot of time for chores such as cleaning up the house, something that is reflected in the show. The crew always makes sure that Angie’s wardrobes and drawers are appropriately messy. Winer explains, “We’re like: ‘more stuff, more stuff, more mess, stop cleaning it up. Stop, we’re trying to make it feel real and lived in.” Check out this picture posted by actor Taran Killam along with his ‘Single Parents’ costar Rhy Darby

The beard is back tonight on an all new @singleparentstv And so is @rhysiedarby!!! 9:30pm @abcnetwork #SingleParents