Where is Spring Baking Championship Filmed?

Cakes and competitive spirits come together wonderfully, to make Food Network’s ‘Spring Baking Championship‘ a success. What better way to usher in spring, than to have the most delicious baked products in your oven? Over the seasons, the show has seen various participants coming up with the most creative cakes, combining a degree of ingenuity and hard work.

However, the best part of the show is that despite the edge of competition, everyone seems to be having fun. After all, the participants are not exactly amateurs, so they aren’t quite stressed out. They appear to be doing what they love. The judges, over the seasons, have been Nancy Fuller, Duff Goldman, and Lorraine Pascale. Bobby Deen was initially the host but was later replaced by Jesse Palmer. Ali Khan then served as the host of the show. The current host is Clinton Kelly.

Over the seasons, we have seen that participants have come from all over the country, whereas the filming has taken place in various locations as well. While the baked products are definitely the chief attraction, you might be wondering about where ‘Spring Baking Championship’ has been filmed. We have got you covered in that regard.

Where is Spring Baking Championship Filmed?

It is quite easy to understand that a majority of ‘Spring Baking Championship’ episodes are filmed indoors. Naturally, it is much easier to cook inside and saves everyone the trouble of lugging and setting up cooking equipment outdoors.

Therefore, the filming has primarily taken place inside Food Network’s studios. However, the show does move from studio to studio, across cities, to keep things interesting over the seasons. Two of the cities that the show has filmed in, include New Orleans and Los Angeles. 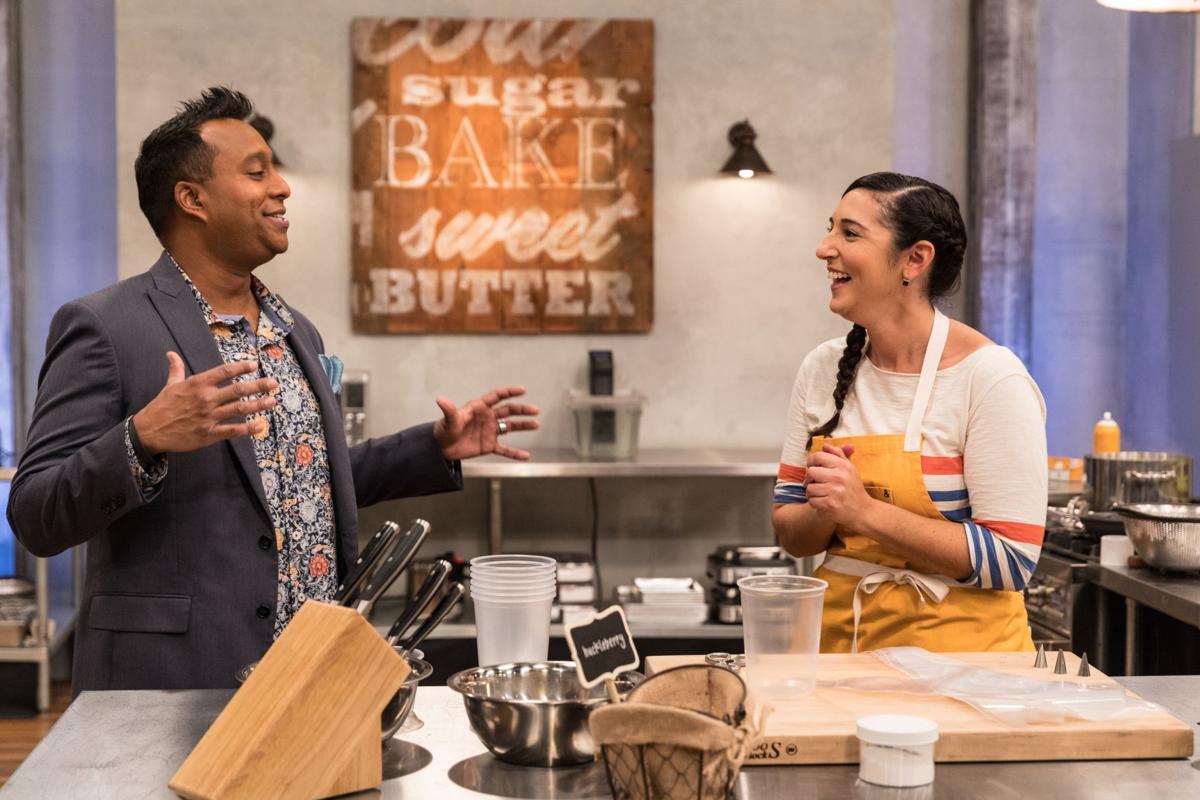 ‘Spring Baking Championship’ filmed for over two weeks, in summer, in New Orleans. Naturally, the choice of the place makes sense. After all, New Orleans is popular as a culinary capital, globally. With its rich local cuisine, the culture of food in New Orleans is splendid.

Notably, then host, Ali Khan commented on how the choice of location allowed him to find delicious meals everywhere. He said, “…I got to really, really sample the town, like hardcore for two-plus weeks. I’m surprised I didn’t gain more weight when I look back.”

While New Orleans is a smart choice, due to being a globally recognized food capital, Los Angeles makes sense as a filming location pragmatically. After all, there is no dearth of local talent in Los Angeles to aid in the show’s production. Moreover, the city has a rich culture of cosmopolitan food, that is, several cuisines available in one place.

The deal clincher is the fact that Food Network has its own office and studios there. Naturally, this makes it much easier to film and produce the show, not to mention, more economically viable. The Food Network television stations in Los Angeles are located in the Mid-Wilshire area. To be more specific, it is at 5757 Wilshire Blvd, Ste 220, Los Angeles, CA 90036.

In fact, you can check out a post by judge Nancy Fuller, where she speaks of flying out to Los Angeles for the filming of ‘Spring Baking Championship’.

In conclusion, ‘Spring Baking Championship’ smartly makes use of the studios that Food Network has all over the country. This keeps the show dynamic while encouraging people from various parts of the country to try out for the competition. The studio system aids in the indoor shooting, which is vital for a cooking show. You can check out the latest season of the show on Food Network, as it starts airing from March 9, 2020.