Where is Stacey Koon Now? 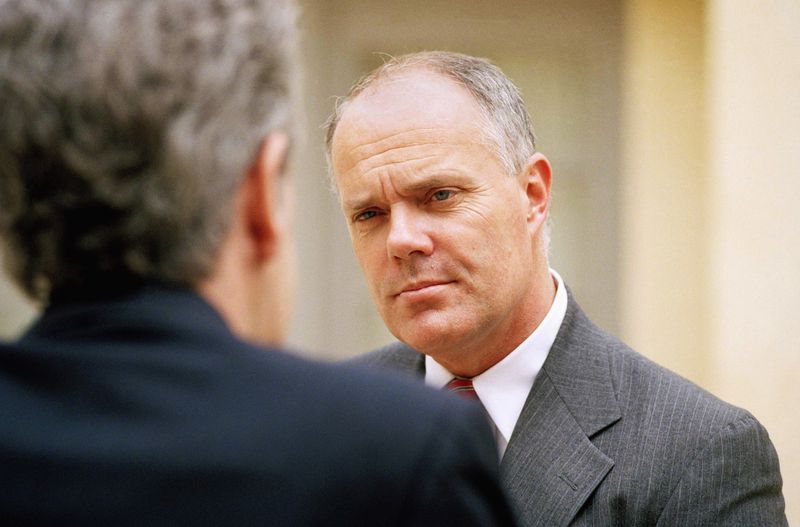 ‘Let It Fall: Los Angeles 1982-1992’ digs deep into the factors that were crucial in leading up to the 1992 protests in LA. The catalyst for the uprising is regarded as the verdict in Rodney King’s case.

Who is Stacey Koon?

Stacey Cornell Koon is a former LAPD sergeant, who gained much critical attention in the wake of the Rodney King incident. In March 1991, Rodney King was observed driving a white Hyundai Excel over 100 miles per hour, by a Highway Patrol officer. This subsequently led to a chase that resulted in Koon and other officers trying to arrest King. They later stated that King had resisted arrest, due to which they had to use force on him. Koon allegedly asked the other officers to holster their weapons and eventually swarm King into submission.

After the incident, King was found to have multiple fractures and bruises. This became the beginning of an investigation, after which the case went to trial. The incident, which was caught on camera, subsequently aired in news channels, including CNN. The police officers were tried in court for using excessive force in 1992, after which they were acquitted of all charges. This then led to the 1992 LA riots, which resulted in 63 deaths with more than 2000 people injured. In 1992, Koon wrote and published a book titled, ‘ Presumed Guilty: The Tragedy of the Rodney King Affair.’ The book was an attempt by Koon to narrate what happened that night from his perspective.

In 1993, Koon and the other officers were tried in a federal court in LA. Koon and fellow officer Powell were convicted of violating King’s civil rights. Even though the US Federal Sentencing Guidelines recommend that officers in such cases serve around 10 years, Judge John Davies sentenced them to 30 months in prison. In 1995, there was an assassination attempt on Koon, when he was on a holiday pass. The gunman, Randall Tolbert was shot and killed by the SWAT team after he fatally wounded one of the hostages he took. After Koon’s release, he moved to Castaic, and in 2012, it was reported that he was working as a chauffeur for a limousine company.  After the incident, Koon became widely known for his involvement in King’s case and has been represented heavily in several artistic mediums as a racist icon.

Koon was arrested for driving under influence in 2018, after which he pleaded guilty to charges imposed on him. He received probation for three years and was asked to install an alcohol interlock in his vehicle.

Where is Stacey Koon Now?

Stacey Koon doesn’t seem to be quite active on social media. Though his name is mentioned time again either in reference to the Rodney King incident or in the recent wake of the ‘Black Lives Matter’ movement, he continues to be portrayed as an officer who abused his power. (Feature Image Credit: Douglas C. Pizac / Associated Press)