Where is Tammy Slaton From 1000 lb Sisters Now? 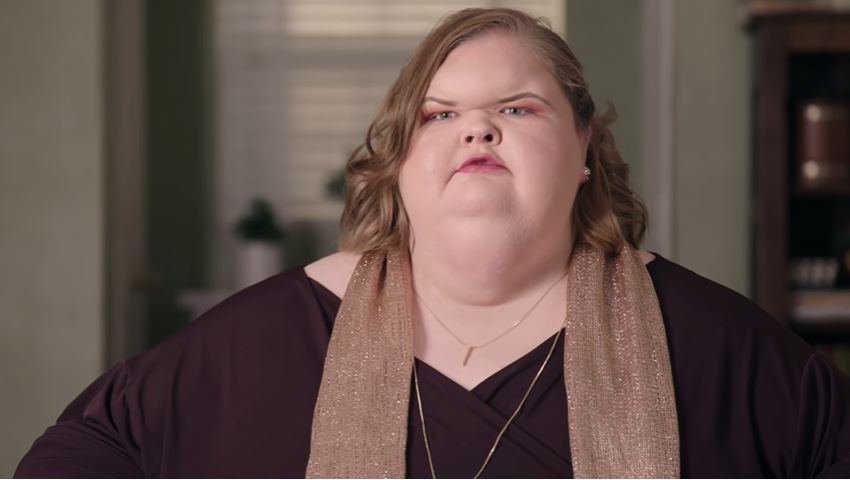 TLC’s ‘1000-lb Sisters’ is a reality documentary series that follows the journey of the Kentucky-based Slaton sisters – Amy and Tammy – as they work towards taking charge of their own lives by giving up their noxious eating habits so as to lead a healthy lifestyle and reach their desired weight goal. As per TLC’s description, they initially tipped the scales at over 1,000 lbs combined, with Amy weighing in at 406 lbs and Tammy, who had trouble performing even the basic everyday tasks, being at 605. So, with season 2 currently airing all their victories and setbacks, let’s find out precisely what Tammy, in particular, is up to now, shall we?

When ‘1000-lb Sisters’ first started airing, Tammy revealed that she wanted to turn over a new leaf because she craved to attain confidence in who she is along with a sense of mental peace. After all, she had already tried to end her life once because of the long list of ailments she suffers from, including anxiety, stress, diabetes, and thyroid. To be eligible for gastric bypass surgery, though, Tammy was told by her surgeon that she first needed to lose some weight on her own. So, she began to follow a strict diet and also added some exercises to her daily schedule.

However, everything did not go as smoothly as Tammy thought it would. Having been addicted to food since the age of 10, the toxic dependency of which started after her grandmother’s tragic passing, Tammy found it incredibly hard to let go of the one place she found comfort in. And even though she was able to reach the required weight to undergo the much-needed surgery, she fell “off the wagon” soon after, taking her hard-earned progress with her. But now, with the support of her family, especially her brother, Tammy has recommitted to losing weight.

Where Is Tammy Slaton Now?

Tammy Slaton’s progress has been slow, yes, but thankfully, it doesn’t seem like she’s going to give up on her goals and dreams anytime soon. And as we saw in the teaser of the latest season, her brother, who offered to join her in the journey of losing weight, will help her keep her eye on the prize. Along with that, with Dr. Procter telling Tammy that she has maybe five years left to live and the weighing scale showing a number that shocks everyone, we just hope that Tammy has taken all the warnings to heart and is now well on her way to ensure that her worst fears don’t get realized. 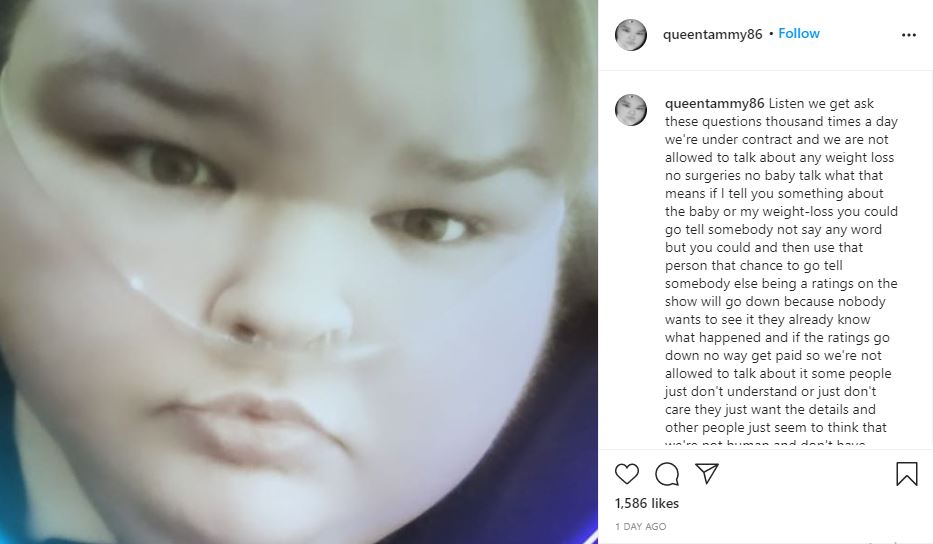 However, exactly how Tammy is doing or how much weight she has lost, if at all significant, we’re not too sure. “We’re under contract and we are not allowed to talk about any weight loss [or] surgeries,” she wrote on her Instagram recently, alongside a close up picture of her face. Then, Tammy implied that the myriad of questions she gets asked on a daily basis leave her exhausted. “Other people just seem to think that we’re not human and don’t have feelings and we should be prim and proper, and Miss Mary sunshine it’s like they forget we have feelings…be patient with us please.”

As for Tammy’s relationship with Jerry, we’ll be honest, even that is under speculation right now, mostly because Tammy hasn’t posted anything with him on her social media for quite some time. And it makes us wonder whether what Amy mused about him (about him not wanting Tammy to lose weight as he preferred healthier females) had something to do with it. “I don’t trust him,” Amy had said. “[Tammy] needs somebody that’s going to motivate her in this weight loss, not just want her to stay the way she is.” Well, we’re sure we’ll find out soon enough, and when we do, we’ll let you know right here.