Where Is Terry Patterson Now?

Netflix’s latest true-crime documentary series ‘Trial 4’ chronicles the 1993 murder of a Boston Police Department detective, John Mulligan, and the tales of the accused, who always maintained their innocence. This eight-part series revolves around one of the co-defendants, Sean K. Ellis, who spent almost 22 years behind bars before all the charges against him were officially dropped.

Sean’s partner in crime, so to speak, Terry L. Patterson, didn’t come on camera to share his side of the story, but we got to understand his involvement via Sean’s recounting of the events. So, if you, like us, are curious to know more about him and his current whereabouts, you’re at the right place. Here’s everything we know!

Who Is Terry L. Patterson?

Terry L. Patterson from Hyde Park, Massachusetts, then 18, was arrested for putting five bullets into the face of Detective John Mulligan days after his death “to get his gun for a trophy,” according to official reports. This came after Sean Ellis mentioned to an investigator that around the time it happened, he was at the scene of the crime with Terry, buying diapers, implicating them both. He was the first one charged with the crime as it was found that it was Terry who was driving. But he maintained that he was just at the wrong place at the wrong time.

There is also a report by an investigator stating that when he asked Terry if Sean pulled the trigger, he nodded his head as if to say yes. Later on, Terry’s lawyer, who was sitting right beside him, refuted this. Terry was held without bond pending trial, and in February of 1995, when it came time for him to go to court, the evidence against him was that his fingerprints were on Detective John Mulligan’s vehicle, where he was killed.

A witness also testified that she saw two Black males acting suspiciously around his car that night, identifying them as Sean and Terry. Initially, it didn’t seem to matter that the fingerprints were only found to be a match after layering upon layering because the jury convicted Terry of the charges against him quite speedily, sentencing him to life in prison. The strangest thing about all this was that the investigators stopped looking into their other theories of “random crime” and “revenge killing” as soon as Sean and Terry came under suspicion.

Where Is Terry L. Patterson Now? 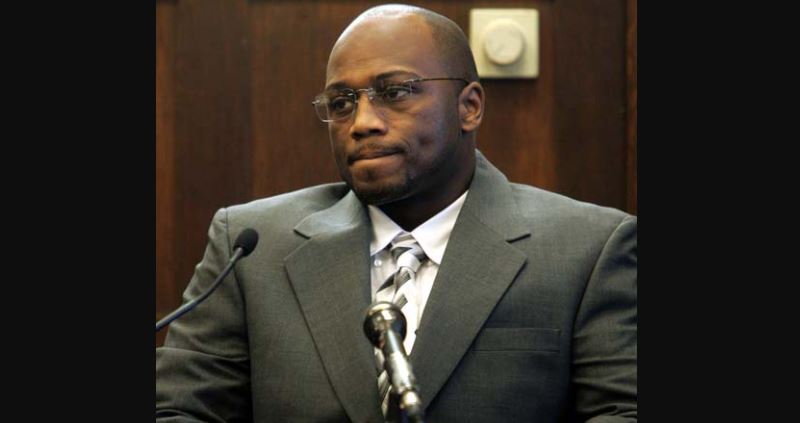 Terry Patterson, maintaining his innocence, appealed on a few different occasions. And in 2000, the Massachusetts Supreme Judicial Court (SJC) overturned his murder and robbery convictions based on the findings that there was a conflict of interest by the trial attorney and the investigators on his case. Subsequently, Terry was moved from a maximum-security prison, Walpole State Prison, to Nashua Street Jail to await his re-trial. A few years later, in 2004, his defense attorney made a startling discovery.

He found out that not a single fingerprint found on the detective’s vehicle, on its own, could reliably match Terry Patterson’s, which he presented to the court, asking for the evidence to be dismissed. In December 2005, the SJC agreed with his attorney and ordered that the “latent prints” were not to be submitted during the re-trial as implicating proof. Therefore, the prosecutors, realizing that their case was thin, crafted a plea deal for Terry, wherein he would be freed from prison, credited with time served, for the reduced counts of manslaughter, armed robbery, and gun charges.

It also implicated Sean in full as it stated that he was the one who pulled the trigger while Terry was just a bystander. Terry had always insisted that he had no hand in the crime, but he admitted culpability and signed because he wanted to be free. Thus, in May of 2006, he was released from behind bars. Unfortunately, Terry’s discharge is the last mention of him in public records. He has since lived a very private life, away from cameras and social media, so there is no way of knowing what he’s up to now. All we could find is that he, in his mid-40s now, resides in Dorchester and may sometimes even go by the name of Terrell.