Where Is The Expanse Season 5 Filmed?

‘The Expanse’ is a popular science-fiction show that is set hundreds of years in the future where humans have colonized the solar system. The show is based on a series of novels by James S. A. Corey. It follows the movers and shakers of Earth, Mars, and the Outer Planetary Association while they work their way around conspiracies, political agendas, and interplanetary threats. While the adventures in the show take us to Mars and beyond, we wonder where season 5 of the series is filmed. Let’s take a look!

Fortunately, filming for season 5 was wrapped up before the Coronavirus hit the world. The principal photography for the series was carried out from October 2019 to February 2020. Let us take you through the details!

Like the previous seasons, ‘The Expanse’ season 5 was primarily filmed at Pinewood Toronto Studios. Located on 225 Commissioners Street in Toronto, the studio occupies around 250,000 square feet, making it the largest studio complex in Canada. The studio offers 11 sound-proof stages and a Mega Stage (45,900 square feet), which is one of the largest purpose-built stages in the whole of North America.

It also offers a backlot covered with a gravel base that makes it ideal for shooting outdoor sequences. A few scenes of the fifth season were filmed here with some visual effects to create the Martian terrain. Some of the notable credits of the studio include ‘It,’ ‘Suicide Squad,’ and ‘Star Trek: Discovery.’ 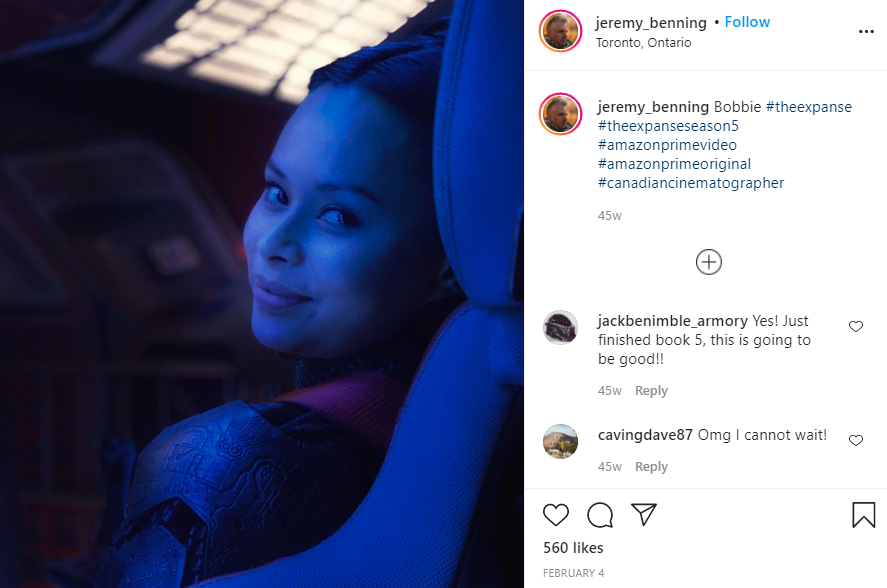 Ontario is the third-largest film and television production center in North America, only after California and New York. Its capital, Toronto, is one of Canada’s busiest regions since it sees numerous film and television productions every year. The city is home to some of the best-equipped studios and attracts many filmmakers due to the tax credits and accessibility to unique exterior locations. A few of the reputed studios are Backlot Film Studios, Wallace Film Studios, and Cinespace Film Studios.

Toronto’s generic skyline allows it to stand in for any city. The filming locations in the area range from buildings with futuristic architecture to the vast expanse of the desert. Caledon is the largest town by area in the Greater Toronto Area, which also served as one of the filming locations.

Some of the favored locations for filming in and around Toronto are Roy Thomson Hall, Corus Quay, Toronto City Hall, Fairmont Royal York, University of Toronto Scarborough, and Parkwood Estate and Gardens. All of these have also been used to film sequences from the previous seasons of the show.