Where is ‘The Magicians’ Filmed? 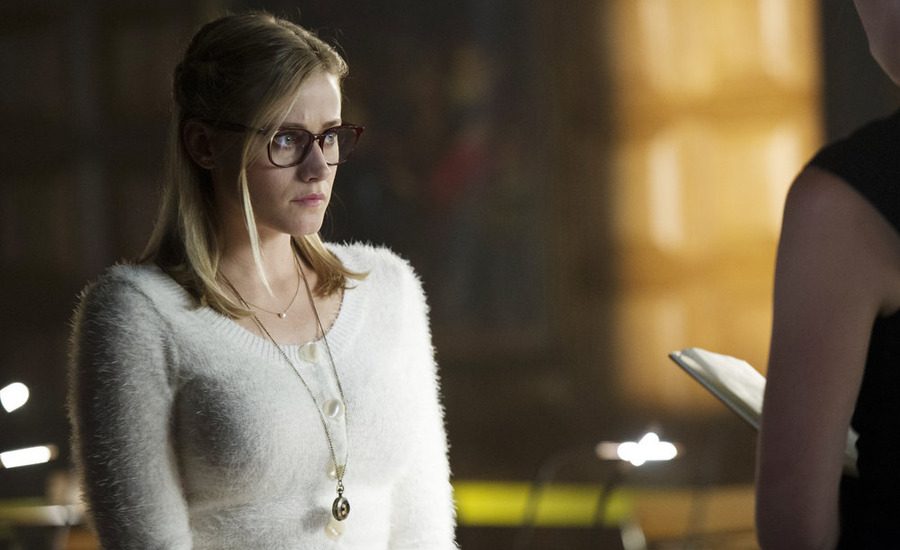 Despite only being around for a few years, Syfy channel’s 2015 fantasy drama show ‘The Magicians’ has quickly made a name for itself amongst fans of fantasy. Despite never quite boasting huge viewership numbers, the show has carved up a devoted niche for itself while also endearing itself to critics for its creative premise, constant curveballs, and striking visuals.

The plot line of ‘The Magicians’ is very Harry Potter-esque in some ways; Quentin Coldwater is a graduate student who enrolls in the Brakebills University for Magical Pedagogy to be trained in the arcane arts. However, he quickly realizes that the idealized notion of magic he had in his mind is not the reality, where magic can be sinister and dangerous.

‘The Magicians’ is based on the novel of the same name first published by author Lev Grossman in 2009. If you were wondering where all the occult adventures of Quentin and the gang are filmed, read on to find out everything we know.

Where is The Magicians Filmed?

The story of ‘The Magicians’ is set largely on Earth itself, at the Brakebills University for Magical Pedagogy, the school for earnest young witches and wizards. However, we do visit other locations in the show on occasion, including the magical medieval kingdom of Fillory, the inter-dimensional mystery known as The Neitherlands and even New York City.

Naturally, being a heavily fantasy themed show, ‘The Magicians’ uses plenty of special effects and design tricks to recreate magical locales on screen. However, the actual filming for these scenes itself is largely done in the Vancouver area, British Columbia in Canada. The vast majority of the interior scenes are filmed on set in a studio in Manitoba Street, Vancouver, while many of the exterior shots are actually filmed on location across a variety of venues across the area.

Despite filming almost exclusively in British Columbia for the most part, the pilot episode of ‘The Magicians’ titled ‘Unauthorized Magic’ was instead filmed in New Orleans, Louisiana in the USA. ‘The Magicians’ star Arjun Gupta, who plays William Adiyodi posted this picture of the some of the cast on his Twitter account:

Principal filming for ‘The Magicians’ and the site for the filming of most of the interior shots is the Studio Vancouver at Manitoba Street in Canada. The show’s official Instagram account posted this picture of some of the cast having fun on set:

Filming for many of the outside scenes in ‘The Magician’ is often done on location in numerous places across the region. The list includes famous landmarks such as the Buchanan Building and Leon and Thea Koerner University Centre over at UBC (University of British Columbia), the Gibson Quad and Newcomb Quad at Tulane University, the Orpheum Theatre in Vancouver, Bloedel Conservatory at Queen Elizabeth Park and more.

The Director of Photography Elie Smolkin reveals how the showmakers recreated New York for ‘The Magicians’, “For New York, because it’s ‘real life,’ we use a hand-held camera style. We go for lenses that are on the wider side of the spectrum and a lot of vintage lenses to create a cold, muted and gritty look.”

A fan posted these pictures of ‘The Magicians’ filming at the University of British Columbia (UBC):

@yvrshoots The Magicians filming at Buchanan buildings at UBC. Circus and everything. pic.twitter.com/cu0tMSREak

While Vancouver, British Columbia is now the de facto site for the filming of ‘The Magicians’, the show actually started out shooting in an entirely different location. The pilot episode titled ‘Unauthorized Magic’ was actually filmed in the wildly stimulating city of New Orleans, Louisiana in the USA. ‘The Magicians’ writer and Executive Producer Sera Gamble explains the decision to film in New Orleans, “You feel like the city itself is infused with a little bit of magic. That was the rumor I heard before I came here, and I feel like it’s kind of true.”

One of the most notable locations in New Orleans where the show was filmed is Round Table Club at St Charles Avenue.