Where is ‘The Resident’ Filmed?

Medical drama proves to be a genre with tons of potential for high-stakes conflict since most medical drama series revolve around several doctors and medical staff at a fictional hospital. ‘The Resident’ also follows a similar format but approaches its medical setting in a relatively darker fashion.

The show revolves around a bunch of practicing doctors as they get used to the intense world of modern-day medicine at a fictional hospital. The series often delves into some jaw-dropping, unethical medical practices and derives its drama from these.

Several characters’ petty personal conflicts are depicted to have some grave effects. In fact, the show has been criticized by the medical community for portraying medicine professionals in a poor light, thereby spreading mistrust.

Some viewers might be wondering where ‘The Resident’ is filmed. The show is mostly set in the fictional Chastain Park Memorial Hospital. Most of the scenes are set in and around this hospital building. This might lead you to wonder whether the show is shot at an actual hospital or a studio. Continue reading for the answer. 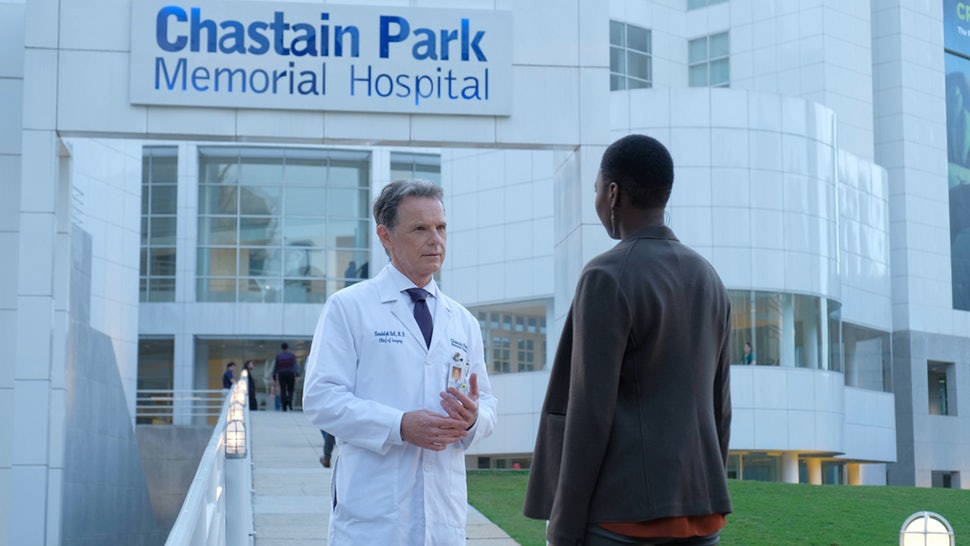 ‘The Resident’ is mostly filmed in Atlanta and other places in the state of Georgia. Most of the interior shots of the movie are filmed at the Film Rockdale Studios in Conyers, Georgia.

However, the exterior shots of the fictional Chastain Park Memorial Hospital are filmed at the High Museum of Art in Midtown, Atlanta. The museum’s modern, airy atrium is designed by the architect Richard Meier and proves to be a picturesque background for the fictional hospital’s main lobby on ‘The Resident.’

The High Museum of Art was founded in 1905 and boasts of a collection of more than 15,000 works of art. It houses some of the finest 19th and 20th century American decorative art apart from European paintings, African-American and modern art. It is one of the buildings located in the Woodruff Arts Center. Interestingly, the entrance to the Woodruff Arts Center is often depicted as one of the entrances to the fictional Chastain Park Memorial Hospital.

Other than the hospital, one of the places that is often depicted on the show is the Waylon’s Bar B Q, a fictional barbecue joint frequented by some of the show’s principal characters. The actual place where these scenes are shot is The Pointe Bar, located on 939, Railroad Street in Conyers, Georgia.

Furthermore, in the third episode of the first season of ‘The Resident,’ a bike race is shown. According to local sources, this particular scene was filmed at the Georgia International Horse Park in Conyers, Georgia.

The show’s crew could also be spotted sometimes on the streets for filming purposes. Since most of the medical drama’s filming takes place in the state of Georgia, it is quite unsurprising that almost all of its scenes set outdoors are filmed in Atlanta, Georgia.

For instance, have a look at this tweet posted by a resident of Atlanta that shows the preparations of ‘The Resident’ crew to film outdoors:

When you find out one of your favorite shows is filming by your job @ResidentFOX #bestmondaysurprise pic.twitter.com/ODZ7BmHdte

Here is another tweet that shows the actress, Emily VanCamp wrapping up shooting in Midtown, Atlanta.