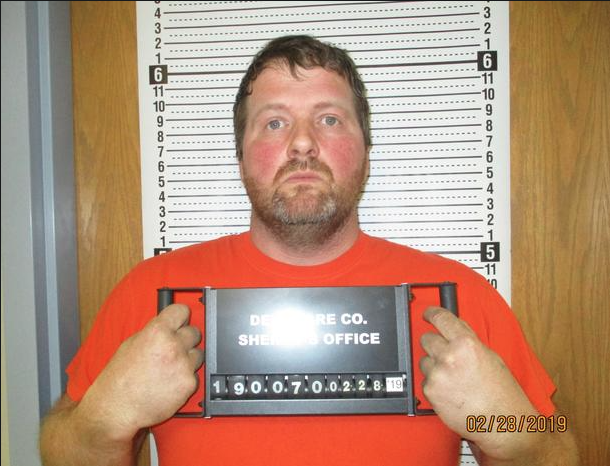 The true-crime genre has exploded with gripping productions in the past few decades, in a large part, due to investigative newsmagazines. Every case has the undertone of violence and trauma, yet somehow, each case puts forth a different reality. Continuing this trend is one episode of ‘48 Hours: Corn Rake Murder,’ in which the death of a mother of three is discussed.

Who is Todd Mullis?

Todd Mullis had a wife, Amy, and they had three children. The family lived in Earlville, Iowa, and he worked as a farmer. But on November 10, 2018, his wife breathed her last. He called her death a freak accident, but authorities were not too convinced. Eventually, Todd was indicted for murdering Amy. But before we talk about the aftermath of her death, let us review what happened that day.

Todd was working with his son, Trysten, on their hog farm. Around 9:30 am, they headed to one of the larger barns to prepare for the delivery of baby pigs. Amy also joined them. After some time, Trysten noticed that something was off about his mother. He recalled, “She said she was getting dizzy. When she got on a bucket, she had to hold herself from falling off. And she got down, and her legs — she was kinda shaky.” Since she had undergone a medical procedure a few days earlier, Todd advised her to go to the house and get some rest. He also asked her to take a pet carrier from the shed as he needed it later.

Trysten remembered that after Amy left, they worked for another hour and a half. Then, Todd went to get the pet carrier. However, it was not where he had asked his wife to keep it. So he sent Trysten to the shed to check on what had happened. The then 13-year-old was completely shocked by what he saw: his mother, face down, on the floor of the barn. A corn rake was sticking out of her back.

Todd rushed his wife to the hospital and had taken out the 4 pronged farm tool. En route, he called 911 and informed them of what had happened. The dispatcher asked him to pull over and wait. An ambulance then took Amy to Regional Medical Center in Manchester, but she did not make it.

The husband told the cops that it was an accident and that he had no knowledge of how the incident had transpired. But given that Amy had 6 wounds instead of 4, it wasn’t possible that she simply fell on the corn rake. Marie Hughes, an Iowa state Prosecutor, said, “He hoped people would feel sorry for him and not ask any more questions.” But it was concluded that Amy’s death was a homicide and that she had been stabbed multiple times with the tool.

During the investigation, it surfaced that Todd and Amy had a troubled marriage, and she had also cheated on him in 2013. He claimed that he had not approached her about it. However, in May 2018, Amy had started an extra-marital affair with the farm’s field manager, Jerry Frasher. A phone bill had shown that more than 100 texts had been exchanged between the two, which Todd found odd. 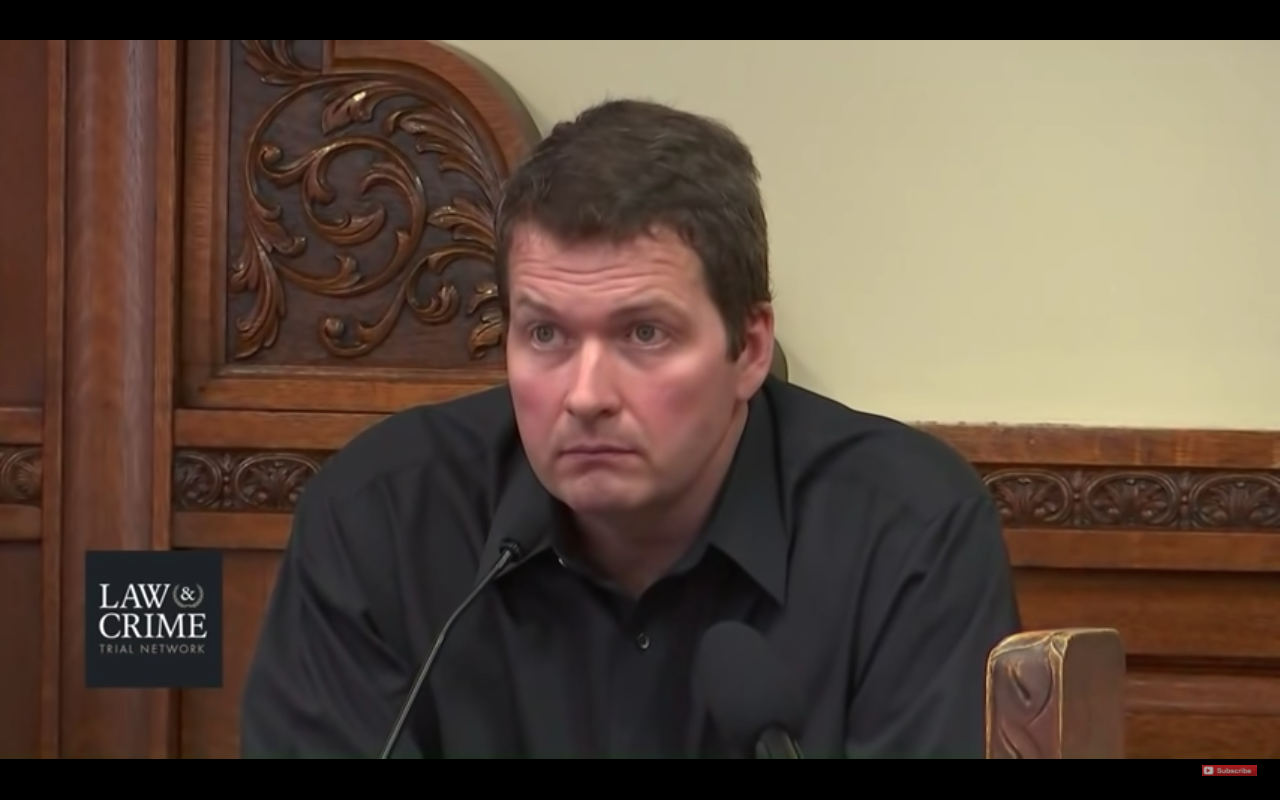 Amy’s brother testified that she had plans of divorcing Todd, but she did not expect him to take it will. At the trial, Jerry also stated that she was not happy with her husband, and said, “She said she felt like a slave or a hostage around there. She said she was wanting (to leave Todd). One time, she said if he ever found out (about the affair,) she would disappear.” Many of her friends had also attested to the same.

Jerry stated that Todd had approached him and asked what the conversations with his wife were about. The farm manager responded that it had to do with work. In his testimony, Jerry also said, “Two days later, he called us both back and apologized. He asked us to quit texting, and we did.” Furthermore, searches on ““organs in the body,” “killing unfaithful women,” “what happens to cheaters in history” and “what happened to cheating spouses in historic Aztec tribes” were conducted by Todd on his iPad, according to a police affidavit.

It also noteworthy that Todd stood to lose a lot if the couple got divorced. Amy would get $2 million from the farm trust and half of the couple’s landholdings. Prosecutors stated that these were his motives: “Being a farmer means everything to him. He has put his life into that farm. The defendant had to find a way to keep his farm.”

The 911 call that Todd had made while driving his wife to the hospital also played a key role in the trial. The prosecution played an audio clip where it sounded like he was whispering something, but it must be kept in mind that the quality of the audio was not the best. In that section of the clip, the husband was trying to revive Amy with chest compressions, but to no avail. Hughes asked him, “Right there, do you say, ‘Go to hell, cheating whore’?” However, Todd denied saying any such thing.

Where is Todd Mullis Today?

Todd was found guilty of first-degree murder and sentenced to life in prison without the possibility of parole. He also has to pay restitution worth $150,000. He told District Court Judge Thomas Bitter, “This is supposed to be America where you have a fair chance of proving your innocence. I thought it was innocent until proven guilty. I feel this was the other way around.” 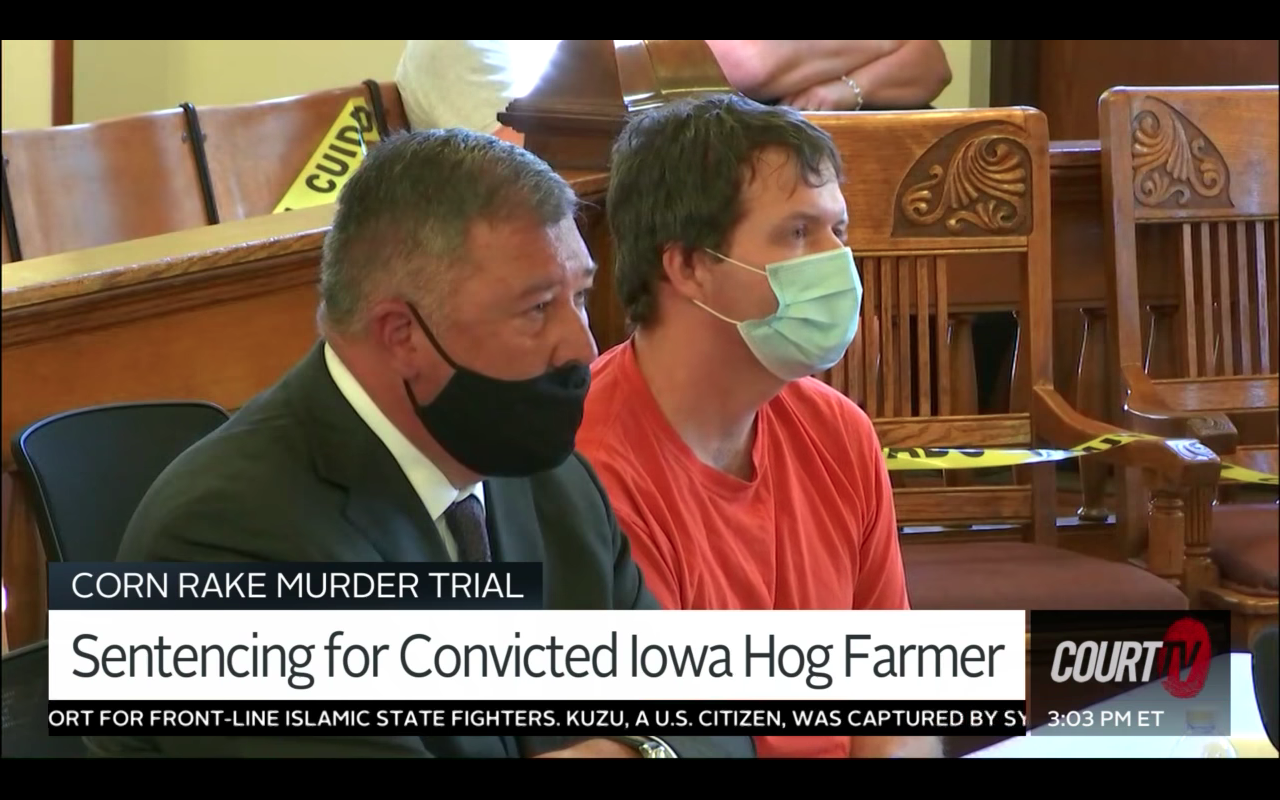 The farmer’s attorney, Aaron Hamrock, had filed for a new trial. He stated that the Iowa prosecutor had engaged in prosecutorial misconduct while questioning Todd about the 911 call. Aaron also alleged that his client’s constitutional rights were denied as Todd’s previous legal team had not informed him that he could choose to not testify. Furthermore, the lawyer stated, “Mr. Mullis has always maintained that this was an accident. You can’t put that back in the bag. That’s out. The jury is already believing that this is somehow a murder and they just have to decide who committed it.” The judge denied Todd’s request for a new trial, however, Aaron said that they will appeal this decision. (Feature Image Credits: cbsnews.com, Delaware County Sheriff’s Office)