Where is Tracie Miles Today? 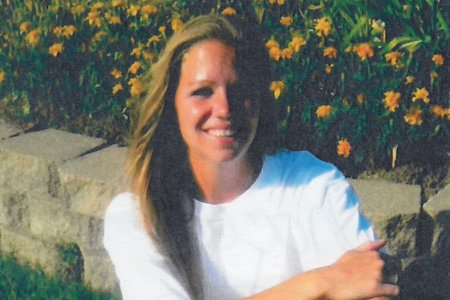 ‘American Monster’ on Investigation Discovery shows us how some of the most dangerous killers hide in plain sight. It might be our next-door neighbors, which makes the crimes all the more terrifying. In Sandra Miles’ murder, the killer turned out to be her daughter, Tracie. The two started having problems over the men Tracie dated. Sandra did not approve of her boyfriend at the time, Paul Nelson.

However, the fight that led to the murder was because Sandra had taken away the keys to Tracie’s Ford Mustang. The young girl had too many driving tickets, but Tracie did not like Sandra’s reaction. She planned to murder Sandra, involving Paul, so the two could run away without the fear of her mother coming to look for them. Of course, Tracie was apprehended in Texas, where she admitted to strangling her mother. So, where is Tracie now?

Where is Tracie Miles Now?

Tracie pled no contest to the intentional first-degree murder charges on February 26, 1999. She was also charged with aggravated robbery and forgery. For her crimes, she was sentenced to life in prison, with a minimum of 25 years to be served. Tracie is doing her time at the New Mexico Women’s Correctional Facility in Grants. She is eligible for parole in 2023 and will be 43 years old at the time.

While in prison, Tracie sought to withdraw her no-contest pleas. She said that she was only 17 when she’d been arrested for the murder, and was proven to have low IQ. Tracie claimed that she had no idea what it meant to sign the plea and had been coerced by her lawyer to take the deal. She went on to assert that she’d not entered the plea knowingly or intelligently, because she wasn’t aware of the amount of time involved. Apparently, her lawyer also scared her, saying if she didn’t take the deal, she’d get the death penalty or a hard 40, which is 40 years in prison before parole consideration.

However, a Reno County judge denied Tracie’s plea, and the Kansas Supreme Court upheld this decision. The court decided that all of Tracie’s claims about not knowing the details of the plea deal, or her lawyer not assisting her enough, were mitigated by the precise nature of the judge’s questions before the agreement was entered. Therefore, Tracie’s hopes of securing an early release have been dashed. For now, she remains in prison, and considering the violence of her crime and Tracie’s subsequent reaction to it; one might say that she needs the time to learn about the consequences of her actions. [Cover Picture Courtesy: Oxygen]