Where is Tracy Michelle Jones Now? 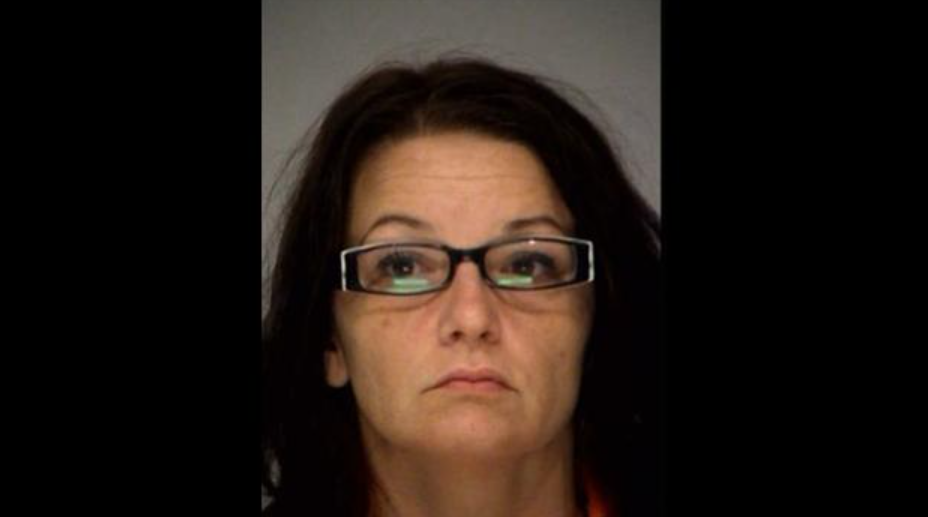 True-crime movies and TV shows provide more shock and chills than perhaps the scariest of horror and that’s because it all happened in real life. Because you never know where danger might be lurking and how just being in the wrong place at the wrong time can lead to devastating consequences. True-crime lets us experience that kind of diluted, second-hand devastation, from the safety of our TV screens. And no network does true-crime stories better than Investigation Discovery. ID’s relatively new show ‘The Killer Beside Me’ throws light on the true-crime stories that have roots in a workplace setting.

Our workplace is where we spend most of our daily lives, but how well do we really know all of the co-workers that we meet every day? Gail Spencer of Macon, Georgia, clearly didn’t know her colleague Tracy Jones could go to extreme lengths for money. In 2012, Gail Spencer ended up dead in her own home, all because she trusted her co-worker enough to let her inside her house for a bathroom emergency as any other decent person would do too. So why did Tracy Jones did what she did? What exactly happened and where is she today? Let’s find out the answers to these intriguing questions.

Who is Tracy Michelle Jones?

Tracy Jones was born in 1974 in the state of Georgia. She is the daughter of one William Hiram Jones (of Lizella) and the granddaughter of Marilu Jones. Tracy was partly raised by her grandmother in a farmhouse near Lake Tobesofkeee. According to her grandmother Marilu, who passed away in 2015 at age 93, Tracy had been a good girl and the family had no clue how things had gone so wrong.

At age 38, Tracy Jones was charged with felony murder and other serious charges, all of which she accepted and pleaded guilty to. A year or so prior to her conviction, in 2011, Tracy started working as a legal secretary for Calder Pinkston’s real-estate law firm situated at Vineville Avenue in Macon, Georgia. That’s where she met 58-year-old Gail Spencer. Gail was also a secretary but she’d been working with the firm for more than a decade and was one of the most trusted employees there. Gail was the person who handled all the firm’s wire transfers of funds and could transfer funds without requiring authorization from the upper management.

Tracy, being a new employee, was trained on wire transfers but was not given access to make transfers without the approval of the management. But Tracy hatched a plan to embezzle a huge amount of funds from the law firm. She just needed Gail’s system access and a way to keep Gail out of the way. So Tracy enlisted the help of her 18-year-old boyfriend Brett Kelly, his step-sister Courtney Kelly, and another acquaintance Keith Anthony Dozier. Tracy’s plan turned deadly, and there is no way of knowing for sure if Tracy intended for things to go this far.

On the morning of October 5, 2012, Tracy pretended that she was in the neighborhood when she had a bathroom emergency and, armed with this story, knocked on Gail Spencer’s door. Gail, a kindly old woman, let her inside and offered her something to drink. Once inside, Tracy led Kelly and Dozier in as well. At gunpoint, Kelly and Dozier detained a shocked and scared Gail, while Tracy (driven by Courtney) went to the office and made three wire transfers of $205,250, $429,550, and $249,750 from the firm’s escrow account to three different bank accounts held by Courtney Kelly. They were to divide the money later among the four of them. Allegedly unbeknownst to Tracy, Brett Kelly had raped and killed Gail in her house while Dozier had been keeping a lookout in the next room.

On October 9, 2012, right before getting caught by the police, Tracy went back to the office and made more wire transfers, bringing the total stolen amount up to $1.4 million. Tracy, Brett, Keith, and Courtney were all arrested within a week of the crime when another colleague had tipped off the police, suspecting her involvement.

Where is Tracy Jones Today?

After being apprehended, Tracy was charged on multiple counts of felony murder, malice murder, first-degree burglary and theft by taking, aggravated assault, and false imprisonment. She accepted all her charges and pleaded guilty in court. Bibb County Judge Tillman Self sentenced Tracy Jones to life imprisonment without the possibility of parole. However, in June 2019, Tracy filed a “pro se motion” for an out-of-time appeal claiming abandonment by her legal counsel after her sentence was ruled. As per the law, she had 30 days to appeal the court ruling and to take back her guilty plea, but because of ineffective legal counsel, she missed her window to make the appeal.

The trial court, in 2019, denied her out-of-time appeal but in March 2020, the Supreme Court of Georgia vacated the trial court’s decision and ordered them to set a hearing to determine whether ineffective assistance of Tracy Jones’ attorney was, in fact, the cause of her missed appeal or not. For now, she remains incarcerated at the Pulaski State Prison in Georgia.