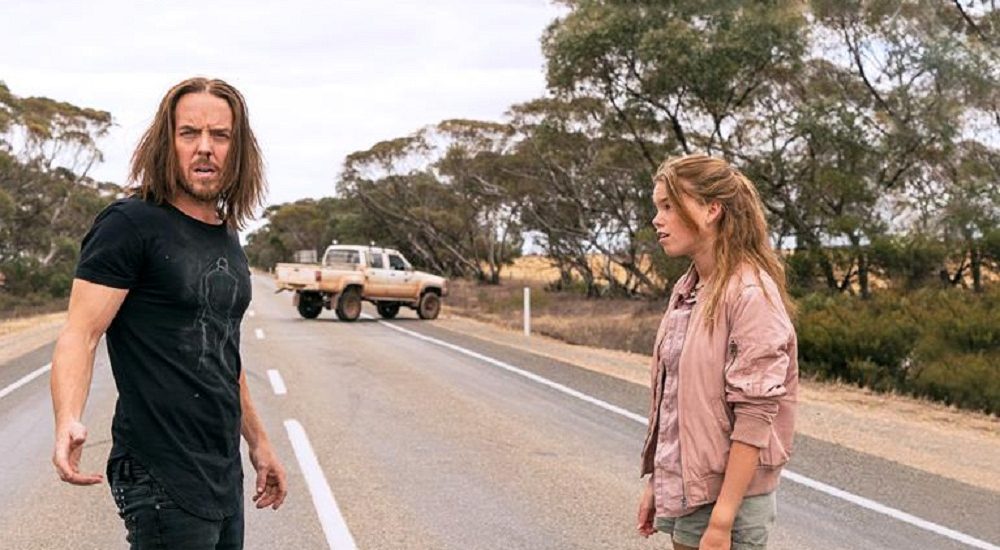 ‘Upright’ centers on two misfits, Lucky Flynn and Meg, who fatefully cross each other’s paths in the middle of the Australian desert. As a result of this chance encounter, they forge bonds and embark on an epic road trip to transport an upright precious piano from one end of the country to another. Since its release in 2019, several critics have lauded ‘Upright’ for its clever writing, amusing humor, and stunning mise-en-scene. Not to mention, its two leading actors, Tim Minchin and Milly Alcock give stellar performances and do justice to their likable characters. With that said, if you have already watched the show and you were fascinated by all the locations that show up during Flynn and Meg’s journey across Australia, here’s everything you need to know about the filming locations of the show.

As mentioned above, ‘Upright’ takes its viewers on a road trip that begins from Sydney and ends in Perth. For the most part, the entire series was filmed in South and West Australia itself. It walks you through several real locations that are featured in the show’s storyline. The show’s lead actor, Tim Minchin, had recently relocated from LA to Australia with his wife and kids. Talking about his experiences with the filming of the show he said: “My hope was to make Australian stuff because I want to work where I live, and I think that’s what people do — go away, learn stuff and come back and stick it in the culture, so this felt like a perfect project.”

If you’ve already watched the show, you’ll know that its story unfolds itself in the form of a journey across the outback of Australia. And so, to perfectly capture the essence of series, its creators filmed it across several different locations of the Australian continent. In Western Australia, the show’s major filming locations were Cottesloe Beach and Perth, whereas, in Southern Australia, it was predominantly shot in Adelaide and Flinders Ranges. In South Australia itself, the filming of the show was specifically carried out at the Wheatsheaf Hotel in Thebarton and North Eastern Community Hospital in Campbelltown. When it comes to the show’s filming in the Outbacks, Quorn, Hawker, Port Augusta, and Woomera were some of the chief locations chosen by the creators.

In another interview, Tim Minchin explained how South Australia is slowly garnering the attention of several filmmakers because of its diverse landscapes and beautiful geography. “One is you can drive an hour that way, and it feels like it is country NSW and then go an hour another way, and it feels like it is the Nullarbor Plain, and that’s good when making a road movie,” he said.

Below you can find some behind-the-scenes stills and videos from the sets of the show, all of which have been posted by its cast and crew.

When I got the call to work on #upright2019, my newborn son was 4 weeks old and I almost said no..little did I know I was about to join the job of a lifetime. I was able to work with, once again, my uncle James Currie (sound mixing guru), talented director @hollsdotter and @millyalcock, who in my eyes, has just played her break out role as Meg. I also unexpectedly fell deeply in man love with my 1st AD @peter.d.mclennan who has since then, continued to support me and become a close friend. Oh, and I got to body double @timminchin (who is way fitter than me…movie magic right?) If you haven’t seen Upright, please do yourself a favour and watch it…you will laugh, cry and get caught up in a beautifully written (by the great @timminchin) and directed road film/tv series. @foxtel, keep making content like this…australia needs it #sagreat @safilmcorp

Has anybody watched @timminchin ‘s new show Upright yet? I took over for the amazing @meleckert_25 to do a fun little stunt, doubling @millyalcock in Kalgoorlie last summer. It was HOT. But so much fun. Possibly one of the most ridiculous things I’ve ever done… #ilovemyjob

Writer, Executive Producer and Star @timminchin takes us behind the scenes of #Upright2019 All episodes now available on @skyatlanticuk @nowtv @foxtel