Where Is Valerie Haney Now? 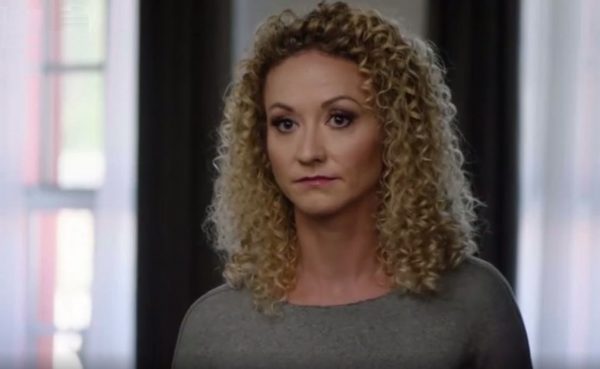 A&E’s ‘Leah Remini: Scientology and the Aftermath’ premiered on cable about four years ago, and it instantly became a hit. The expose on the Church of Scientology is hosted and produced by the ‘King of Queens’ star Leah Remini herself, one of the most famous former members of the Church. With Leah and other former executives talking about unsettling tales of alleged abuse and harassment within the Church, we get a look into their side of the story and why they left Scientology behind. Among these former members is Valerie Haney, so let’s find out more about her, shall we?

Who Is Valerie Haney?

Valerie Haney, who is now Leah Remini’s assistant, was born into Scientology back in 1979, as her parents were already practicing members of the Church. In her youth, she lived at the organization’s spiritual headquarters in Clearwater, Florida, and at the age of 15, she actively joined the Church herself, as an employee of Sea Organization.

Apparently, Valerie was made to sign a contract, pledging a billion years of commitment to Scientology and all that it stood for. Then, allegedly, she was forced into doing grueling manual labor seven days a week, under the bidding of David Miscavige, the Church’s leader. Eventually, though, after a lot of ups and downs over two decades, Valerie says she managed to escape the Church in 2017, after making multiple requests.

However, she wasn’t allowed to leave until she signed some papers that they referred to as departure documents. Apparently, she was made to sign them in a room full of only Scientology’s general counsel and a man who was visibly armed. “I do not know any of the contents of the documents I signed,” Valerie has stated. “I was not given copies of the documents. I signed any document that was given to me because I just wanted it to be over and to get out of there.”

Where Is Valerie Haney Now?

In 2019, the Brian Kent-Marci Hamilton legal team filed the first of its many lawsuits against the Church of Scientology and its leader David Miscavige. And there was a plaintiff on their list that could simply not be ignored, Valerie Haney, who was initially listed as John Doe. Valerie dropped the anonymous label in October, when her attorneys filed an amended complaint to the Los Angeles Superior Court.

It alleged a host of causes of action against the Church: intentional misrepresentation, concealment, false promise, false imprisonment, kidnapping, stalking, slander, invasion of privacy, intentional infliction of emotional distress, and labor violations. The lawsuit states that Valerie worked closely with David Miscavige for years, because of which she learned information about his private life and even became close with his wife, Shelly Miscavige.

As a result of this, she was one of the individuals who was not allowed to leave the premises of the Church’s main base in California. She was confined there and forced to do everything with a “handler,” including using the bathroom, eating, and sleeping. When she made it clear that she wanted to leave, she was thoroughly interrogated, and only at the age of 38 was she let go.

But even then, she had to lose all contact with her Scientologist family. Now, Valerie Haney, as Leah Remini’s assistant, resides in California and continues to be loud against the Church of Scientology. She aims to raise awareness about the Church’s ways and how they would apparently do anything and everything possible to defame those who try to speak up against them