Where is Vanessa Grimaldi From The Bachelor Now? 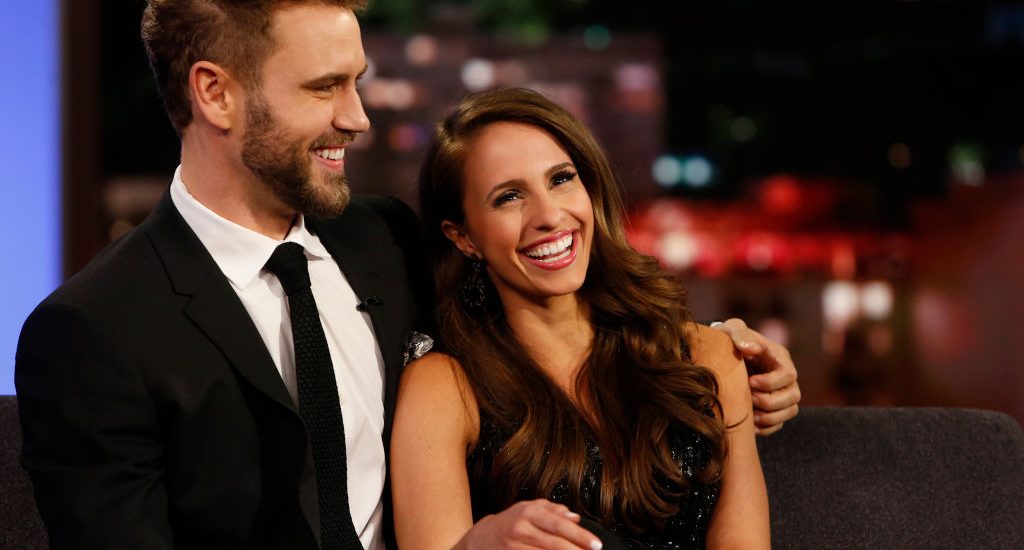 ABC’s renowned show “The Bachelor” featured Vanessa Grimaldi as one of the 30 women who came looking for love in Nick Viall, the 36-years-old bachelor. She was declared as the winner and got engaged to him but for a very brief period. Her fans remember her as one of the most mature and stable contestants to have appeared on the dating shows’ franchise.

Born in Montreal, Canada, Vanessa Grimaldi went on to become a special education teacher to support those with learning disabilities, helping them by providing health and financial aid. She achieved this end through her charity foundation “No Better You” which she set up in 2017. She frequently participates in relief groups and social organizations to better the lives of her fellow-countrymen. Self-admittedly, Vanessa is strongly connected to her hometown and constantly works to strengthen them physically and mentally. Recently, Grimaldi was appointed as the spokesperson for Italian Week in Montreal. Through this venture, she aimed to encourage her generation of Italian Canadians to practice the traditional values of their ancestors.

Embracing my Italian roots more than ever this year…alongside @nonnamariatv 🇮🇹🇨🇦⁣ ⁣ Last year, I walked the runway for @italfestmtl and my entire family came to support. When I was asked to be the Ambassador for Italian Week this year, I knew it would make my grandparents the happiest EVER! As ambassador, my goal is to unite my generation of proud Italian Canadians. I want to encourage the practice of traditions learned from the generations before us who often arrived here with nothing yet contributed to making Canada the incredible country that it is today.⁣ ⁣ Since in-person festivals are cancelled, we are taking Italian Week VIRTUALLY this year for the first time! Make sure to follow @italfestmtl for all the upcoming virtual concerts, shows, contests and more.⁣ ⁣ Indipendentemente che siate o meno di origine italiana, sono impaziente di conoscere e condividere la mia cultura con voi!⁣ #italian #italia #canada #italianroots

Who is Vanessa Dating Now?

Lately, my Canadian Pride has kicked in more than ever. When Josh asked me where I’d want to go for my birthday, my answer was home. I wanted to discover parts of Quebec and get reconnected to ma belle province! 🍁🇨🇦#theresnoplacelikehome Merci de m’avoir accueillie à bras ouverts @charlevoixatr

Vanessa has been making the headlines and for all the good reasons. She got engaged to her boyfriend Josh Wolfe, a Canadian businessman who hails from the same town, Quebec. She adores Josh for the calming presence she feels while around him. Their relationship started on 1st December 2018 and on an unconventional note as he slid into her ‘DM’s’ and that’s how they came in contact. After the basic introduction, they spoke on the phone for a few weeks while she was out of town. She has never felt so sure about anyone else her entire life as she is about her fiancé.

We’ve officially moved in together! We smell like sweat, barely ate, both have headaches but so grateful to not have to pack a bag to sleepover at each other’s place anymore. I’m sure many of you can relate! Happy to use “our” in front of every word: kitchen, garage, bathroom…our home. Hello Griffintown 👋🏽❤️

Vanessa and Josh have been pretty public about all the big moves they have taken in their relationship. She happily shared with the world when they moved in together into the same house on November 26, 2019, only days away from their first anniversary. After 9 months of spending quality time with each other under the same roof, Wolfe popped the question that made Grimaldi go gaga over him.

As she says in an interview, Vanessa feels at ‘home’ and completely ease with her fiancé. He has no insecurities, whatsoever, and they also share the same family values. They both prioritize personal over work-life and are head over heels in love with each other. Josh proposed her at the most romantic setting- standing at St. Louis Gate, an accordion playing in the background and an intimate candle-lit ambiance.

This message is for the 24 year old Vanessa. The Vanessa that questioned whether a love like this could exist. The 24 year old Vanessa who second guessed her self worth when she was broken up with, lied to and disregarded. This message is to tell all the 24 year old Vanessas … I get it! Love ain’t easy, but everything will make sense in the end! And when you meet YOUR match, you will know and you will BOTH work towards growing your love for one another. The journey to find love is not an easy one but SO WORTH IT! ⁣ ⁣ I always believed and dreamed of being with a partner like @jbrwolfe A man who truly values every inch of me and cherishes time spent with family (And who speaks Italian!) Translation: Vanessa is the love of my life ❤️🇮🇹⁣ ⁣ A big thank you to our families for our little engagement party yesterday – COVID style! And to @garagebeirut for welcoming us with open arms. 20% of our bill last night was donated to Red Cross Lebanon to aid those affected by the explosion 2 weeks ago! ❤️🇱🇧🇮🇹🇨🇦 #engaged #love #happy ⁣

In almost all her social media posts, she compares her younger self to the person she has become today and feels only proud of the transition. In her 24th year, she could never have been happy about a small wedding with her closest friends and family members but now looks forward to nothing but that!

In retrospect, she thinks about the amicable break-up from Nick Viall in 2017 that, in a sense, brought her the fame that she has been building her career on. The reason for the split was simple: incompatibility. They could not agree on any ‘one’ thing as both were completely different people. She understood that a healthy relationship could never prosper on such huge personality polarity. Grimaldi is immensely happy with how things worked out for her as she cannot thank her stars enough to have met someone as amazing as her future-husband!

This cutie is as supportive as they get! HAPPY INTERNATIONAL WOMEN’S DAY! Thank you @jbrwolfe for always empowering me and supporting all my ideas when they seem impossible to accomplish. Having a partner that believes in you and your visions makes you feel like a superwoman everyday!❤️ #happyinternationalwomensday

Read More: Where is Melissa Rycroft From The Bachelor Now?