Where Is Warren Lahoud Now? 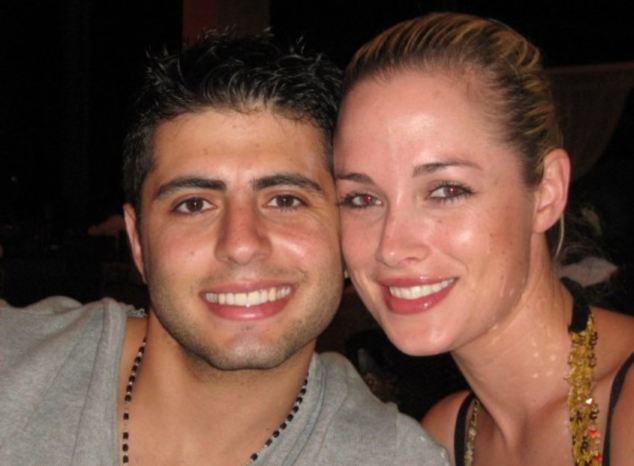 ‘Dateline’ NBC is covering the horrific tale of Reeva Steenkamp’s slaying by focusing on the life of her boyfriend and killer – the once renowned South African sprinter and professional athlete, Oscar Pistorius. The episode, ‘The Rise and Fall of Oscar Pistorius,’ takes us on a journey of Oscar’s disability, his sporting pinnacle, how he earned the title “Blade Runner,” and the murder and court case that ultimately became his downfall. During his six-month-long trial in 2014, a lot of information about his nature and relationship with Reeva came to light, with Reeva’s ex-boyfriend, Warren Lahoud, also playing a role.

Who Is Warren Lahoud?

Before Reeva Steenkamp got together with Oscar Pistorius after being introduced to him via a mutual friend in November of 2012, she was in a long-term and serious relationship with Warren Lahoud. Their relationship, which lasted for around five years, only ended when Reeva’s modeling career started gaining traction, and cracks between their trust and communication started to appear. Therefore, instead of dragging each other along, she and Warren parted ways, and he moved out of the apartment that they shared. According to a report, the other reason for their break-up was that Warren wasn’t ready for the kind of commitment that Reeva was looking for.

Two days before Reeva was murdered by Oscar, she and Warren met up with each other for a platonic coffee date, just to catch up. Warren’s name was kept out of public records for a while, but he broke his silence for the BBC Three documentary ‘Oscar Pistorius … What Really Happened.’ In it, he said: “She contacted me and we met up for a quick coffee, and that was it. We did [exchange text messages], to meet up the previous week.” Then, he added that Oscar called Reeva twice within 20 minutes of their meeting, insinuating that he might have thought that something else was going on. “I said, ‘Is everything okay. I mean he’s phoned twice already.’ I asked her that question. She said, ‘There’s nothing wrong.'”

Warren also explained that although they didn’t talk about their respective romantic relationships with each other, Reeva didn’t seem unhappy with where she was or who she was with. Along with all this, he alleged that he and Oscar had met twice before that day and had not had any friction in between them whatsoever. “There was never anything negative out of it at all. [It was] fine … no problem at all,” he said. Looking back at it, Warren is glad that he got the opportunity to see and talk to Reeva one last time before she passed away because now, he can always remember her as the warm and caring girl that he was once in love with.

Where Is Warren Lahoud Now?

Warren Lahoud is running a vegetable exporting business from his home country, South Africa. He started this venture while he was still in a relationship with Reeva, and now, according to his Twitter profile (which is set to private), it is functioning at an international level. Warren is its Founder and CEO, and is, therefore, responsible for its smooth operation. As an outdoor enthusiast and successful entrepreneur, Warren apparently travels a lot to explore the different cultures and countries that the world has to offer. As for his relationship status, from his Instagram profile (which is also set to private), it does look like he is romantically involved with someone, but who that is or how long they’ve been together, we can’t say for sure. (Featured Image Credit: DailyMail.com)