ABC’s ’20/20: Justice For Holly Bobo’ is a gripping two-hour special broadcast that lays down every detail of what happened to the 20-year-old nursing student who was last seen alive by her brother shortly before 8 a.m. on April 13, 2011. She disappeared into the woods with a man who was wearing camouflage and was later found dead, after more than three years, with a bullet wound to the back of her head. Six men have since been indicted for varying degrees of involvement in the murder, but it remains to be Zach Adams who had the most significant role to play in her disappearance and death.

Who Is Zach Adams?

Zachary Adams of Darden, Tennessee, came under the suspicion of police officers early on in the investigation for Holly’s disappearance, along with his brother Dylan Adams, as well as cousins Shayne Austin and Jason Autry. And, it turns out, Holly’s mother knew these boys – she’d taught Zach and Jason back in grade school. Growing up, Zach and his brother fell into the wrong crowd, and they got involved with drugs, heavily. It was to such an extent that even their mother and every court record has referred to them as addicts. So, when Dylan was arrested on an unrelated charge and confessed to seeing Holly at Zach’s home after he had abducted and raped her, the latter was arrested as well.

On March 5, 2014, a Decatur County grand jury handed down an indictment of, especially aggravated kidnapping and first-degree murder against Zach Adams in connection with Holly’s case. Later on, he was also charged with rape. All this came after Dylan told authorities that he’d seen Zach wearing camouflage that day and had heard him boasting about how he raped Holly and videotaped it all. A search warrant for Zach’s house was served, but the video was never found. And, even though Dylan later recanted his confession, saying that he’d been coerced, the charges against Zach remained. Zach pleaded not guilty to all of them, and so the case went to court. 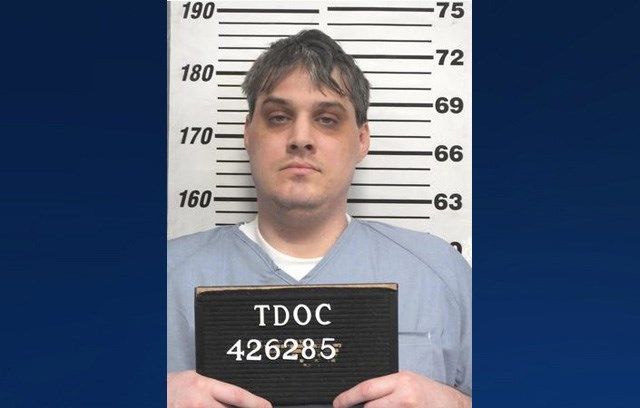 Zach Adams went to trial in September of 2017. Throughout it all, he and his defense team maintained that he was “100% innocent” and that all the prosecution had was circumstantial evidence – nothing could positively tie Zach to what happened to Holly. However, Jason Autry, who had made a deal and had agreed to testify against Zach, changed everything. He said that he’d seen Zach getting rid of Holly’s clothes and evidence after abducting her and that he’d agreed to help him so as to keep himself safe. He noticed that Zach had a body in the back of his white truck – the same one that was seen by Holly’s neighbor in their area on the morning of her murder – wrapped up in a multi-colored blanket. And, when they got ready to dispose it off near the Tennessee River, Zach, after realizing that Holly was still breathing, shot her.

With this, and other testimonies from various witnesses stating that Zach implicated himself in Holly’s disappearance on several occasions led the jury to find him guilty of all the charges against him on September 22. Minutes before the penalty phase of his trial was set to begin, Zach made a deal with the prosecutors to spend the rest of his life in prison to avoid the death penalty. Therefore, on September 23, 2017, Zach Adams was sentenced to life in prison without the possibility of parole for the first-degree murder charge and two consecutive terms of 25 years for both the kidnapping and rape convictions. Recently, his defense team filed a petition for a new trial, citing 56 reasons, but they were all denied by a county judge in August 2020. Following that, Zach has appealed his case to the Tennessee Court of Criminal Appeals. So, at the age of 36, Zach Adams is currently still behind bars.