Where To Stream Charm City Kings? 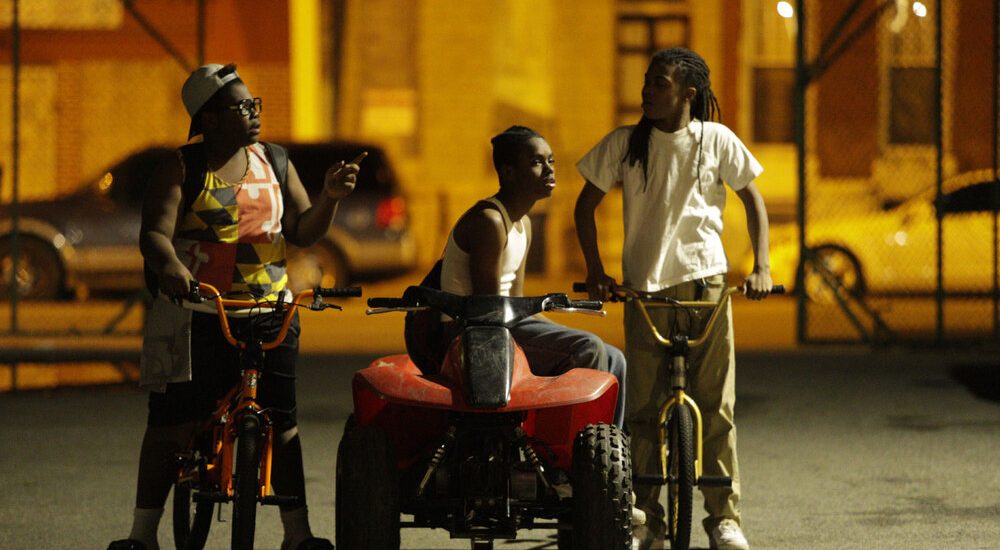 Angel Manuel Soto’s ‘Charm City Kings’ is an emotional and compelling coming-of-age drama based on ’12 O’Clock Boys,’ the acclaimed 2013 documentary about the dirt biking culture of West Baltimore. In the 2020 film, Soto explores the same setting wherein a young boy from a marginalized community is forced to make a tough choice between what is easy (and criminal) and what is right. There’s a depiction of crime, yes, but it’s a small part of a story that is so much more than just a young black boy’s induction into a life of crime.

The only reason our young protagonist is drawn to that life is that, in his mind, it connects him to his late older brother, who he’s still grieving for and because his mother has rapidly mounting bills that need paying. The main attraction, though, is getting to ride his own cool dirt bike. Even audiences who cannot relate to the bike riding culture, or marginalization, will be able to sympathize with Mouse, who is a very likable boy and exudes innocence, even as he makes the wrong decisions. Curious to know where you can stream ‘Charm City Kings’? We’ve got you covered.

What is Charm City Kings About?

With dirt bike riding creating an exuberant and wonderfully exhilarating backdrop for the film, ‘Charm City Kings’ focuses on Mouse as he weighs his options and chooses the course of his life after some deliberation. He can either follow in his dead brother’s footsteps or chart his own path. Mouse has two clashing mentors who keep butting heads despite having the same goal of keeping Mouse away from a life of crime.

Mouse’s mother who wants him to follow his passion for animals and study to become a vet. He has a crush on the new neighbor girl, and he has an annoying younger sister. Basically, all the usual fixins of a heartwarming coming-of-age tale. Mouse’s journey is one of immense personal growth, and he is a character than you cannot help but root for. The audience is able to see through the facade of toxic masculinity and determine that, in the end, Mouse is just a boy seeking validation from the people he loves.

Is Charm City Kings on Netflix?

‘Charm City Kings’ is not part of the streaming roster of Netflix, but a similar (and really terrific) film that you can watch is ‘Moonlight.’

Is Charm City Kings on Hulu?

While ‘Charm City Kings’ is not available on Hulu, another alternative for people looking to watch something similar would be ‘Skate Kitchen.’

‘Charm City Kings’ is not available to stream on Amazon Prime. Fans of the coming-of-age genre can give this Oscar-winning film a try instead – ‘Boyhood.’

‘Charm City Kings’ is an HBO Max Original movie and as such, is only available to stream on HBO Max. It is not going to be released on any other streaming platform. It is currently also not available on any of the video-on-demand platforms.

How To Stream Charm City Kings For Free?

HBO Max offers a free trial for the first 7 days when you sign up, for viewers looking to watch ‘Charm City Kings’ for free. We generally encourage audiences to pay for the content that they consume.