Where To Stream Chick Fight? 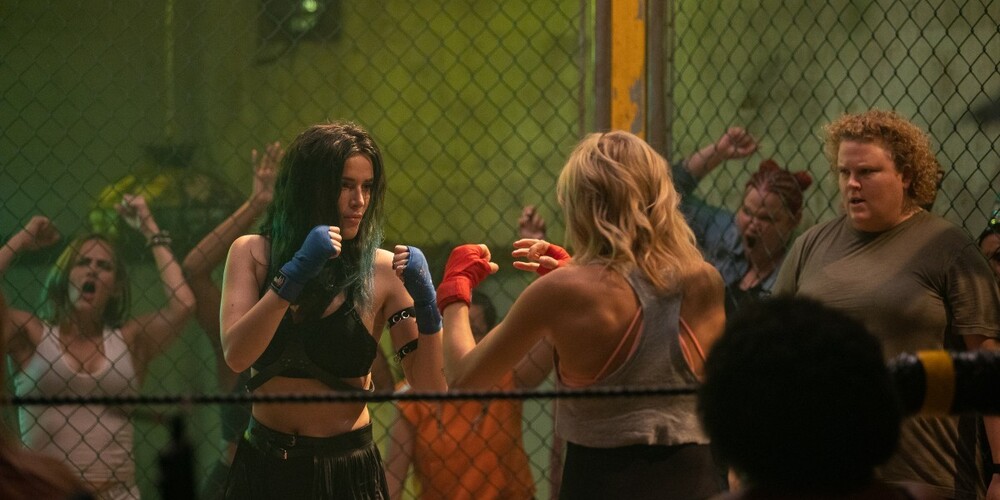 A down-on-her-luck woman, kicked down by her hard life, finds solace and uplifting self-confidence in an underground fight club for women where females from all walks of life literally punch away their depression in bare-knuckled sparring. The film, ‘Chick Fight’, should not be mistaken for the female version of ‘Fight Club’, though. ‘Chick Fight’, starring Malin Akerman, Bella Thorne, and Alec Baldwin, is far from offering any deep or thought-provoking insight like the Brad Pitt classic. ‘Chick Fight’ is basically just a comedy-drama film about women fighting it out to feel better. Curious to know more about the movie and where you can stream it? Here is all the information you need.

What is Chick Fight About?

Anna is a woman suffering from a midlife crisis – her finances are in the pits, her love life sucks, her business isn’t going well, her father is rediscovering his sexuality, and she misses her deceased mother. It’s safe to say that Anna is very close to depression, if not already in the first throes of it. When her friend introduces her to an underground all-female fight club, Anna finds that kicking and punching the air out of an opponent feels nice and helps alleviate her mood, while also giving her her confidence back. It’s not long before Anna is turning to an alcoholic former fighter to coach her in boxing as she challenges the meanest bully in the fight club.

Is Chick Fight on Netflix?

‘Chick Fight’ is not available on Netflix but interested viewers can choose to watch ‘The Next Karate Kid‘ or ‘The Sleepover‘ as an alternative.

Is Chick Fight on Hulu?

‘Chick Fight’ is not streaming on Hulu as of right now but people looking for something similar can try watching the 2019 remake of ‘Charlie’s Angels‘.

Is Chick Fight on Amazon Prime?

‘Chick Fight’ is not part of Amazon Prime’s content catalog but as an alternative watch, you can check out ‘Mercenaries‘ or ‘Girls After Dark‘.

Where To Watch Chick Fight Online?

‘Chick Fight’ is available to stream on these on-demand platforms – iTunes, Vudu, and FandangoNow. You can buy or rent this film to watch on any of the above-mentioned platforms.

How To Stream Chick Fight For Free?

Unfortunately, ‘Chick Fight’ is not on any free streaming service so the only way to watch the movie online is to pay to purchase or rent it and then watch on-demand. We always encourage our readers to pay for the content they consume.