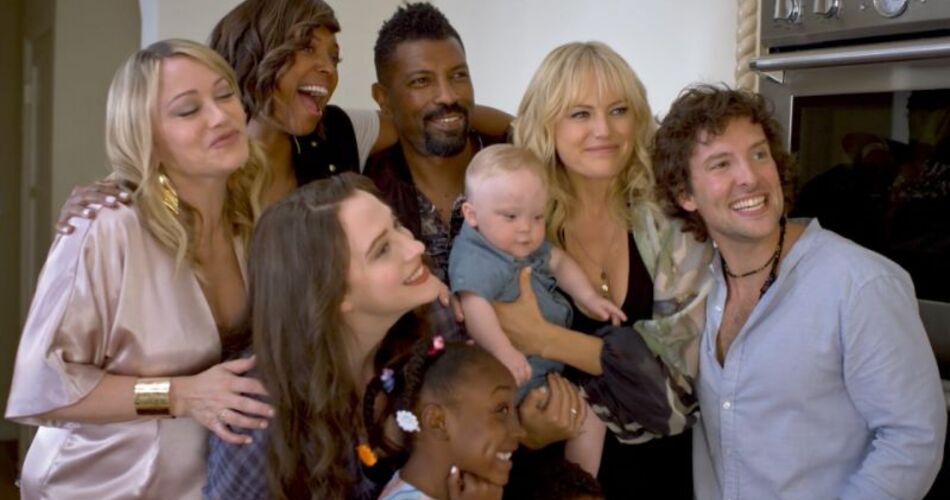 ‘Friendsgiving’ is a comedy film written and directed by Nicol Paone. It follows the story of Molly and Abby – childhood best friends and roommates recovering from bad breakups together – as they host a crazy, chaotic Thanksgiving dinner with a bunch of highly dysfunctional friends. The film stars a talented and star-studded ensemble cast including Malin Åkerman, Kat Dennings, Aisha Tyler, Chelsea Peretti, Christine Taylor, Jane Seymour, Jack Donnelly, and Ryan Hansen. The movie ‘Friendsgiving’ is moderately funny and lacks any serious depth at all, mostly populated by needlessly annoying, immature characters. It is entertaining though and would make a nice one-time watch for people who enjoy silly humor. Curious to know where you can stream ‘Friendsgiving’? You’ve come to the right place for info!

What is Friendsgiving About?

Recently divorced toddler momma Molly (who is a Hollywood star) and her best friend Abbey (still moping about being dumped by her girlfriend a year ago) wanted to have a quiet, wallowing Thanksgiving together. But things snowball into a full-blown dinner party for Molly’s wealthy (and whacky) show-biz friends when her mother gets involved. Ex-boyfriends show up, mothers act inappropriately, people get drunk and act silly, and nobody much cares that there is a baby inside the house. If these people thought family gatherings are chaotic at Thanksgiving, this ‘Friendsgiving’ is a whole other level of crazy.

Is Friendsgiving on Netflix?

‘Friendsgiving’ is not available to stream on Netflix. But fans of the festive comedy genre can watch ‘A Bad Moms Christmas‘ or ‘Hubie Halloween‘ instead.

Is Friendsgiving on Hulu?

While ‘Friendsgiving’ is not part of Hulu’s streaming content, interested viewers can alternatively watch ‘The Turkey Bowl‘ or ‘Home For The Holidays‘.

Is Friendsgiving on Amazon Prime?

‘Friendsgiving’ is currently not streaming on Amazon Prime. For alternate viewing options on Prime Videos, you can try watching ‘Tadpole‘ or ‘Lez Bomb‘, which are both really good comedy films.

Where To Watch Friendsgiving Online?

People can watch ‘Friendsgiving’ online by buying or renting it as video-on-demand on iTunes, FandangoNow or Vudu. Currently, this movie is only available as VOD but may get added to one of the streaming platforms in the future.

How To Stream Friendsgiving For Free?

As of right now, there is no way to stream ‘Friendsgiving’ for free as it’s not available on any of the streaming platforms that offer a free trial. We always recommend that our readers pay for the content they consume, anyway.

Read More: Where To See Clouds?