Where To Stream Hunter Hunter? 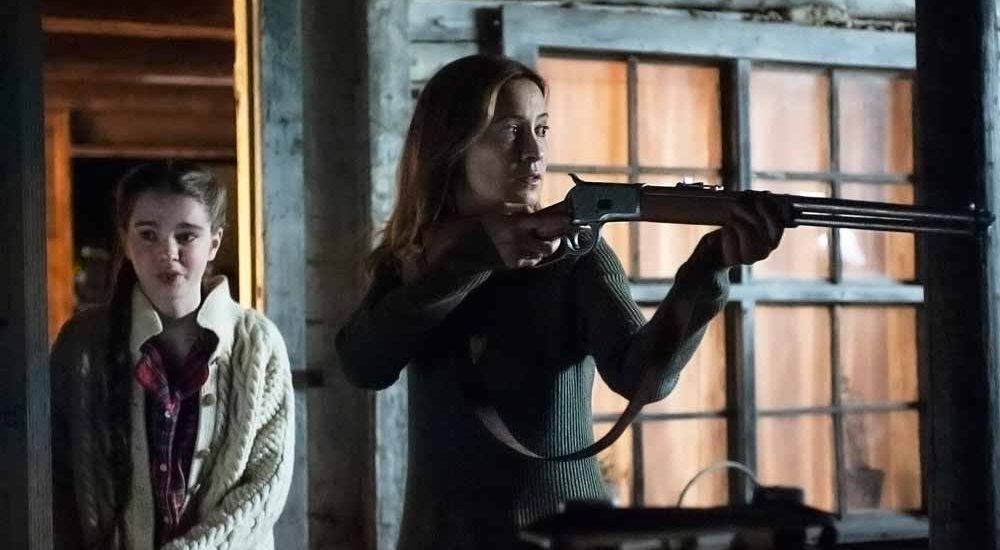 The repetitive use of the word hunter in Shawn Linden’s new thriller film ‘Hunter Hunter’ is deliberate. It indicates that there is more than one hunter in the disturbing yet gripping movie. ‘Hunter Hunter’ revolves around a fur trapper and his family who lives in the wilderness of Manitoba. When Joseph goes away to deal with the threat of a wolf he believes is stealing his catch, his wife Anne and daughter Renee get increasingly worried the longer he is gone. When a severely injured man stumbles upon their forest home, they take him in. The film favors a slow-burning narrative during the first half, with scenes bordering on tedious. But the pace picks up during the second half, with the story culminating in an unforgettably violent and shockingly gory end. Curious to know more about the plot of ‘Hunter Hunter’ and where you can stream it? We’ve got you covered.

What is Hunter Hunter About?

Joseph is a self-reliant and proud fur-trapper, immensely skilled at killing, gutting, and skinning his prey. But animal pelts hardly fetch the money they used to before and his wife Anne is tired of their bleak life in the wilderness. Their daughter Renee wants to follow in her father’s footsteps when she grows up and spends her time observing Joseph with watchful eyes. When Joseph’s prey starts vanishing from the traps, he assumes that a wolf is snapping up his prize and sets out to hunt down the beast. When Joseph doesn’t return for days, Anne and Renee start to worry. Things take a dark turn when Anne ill-advisably takes in an injured photographer and nurses him back to health. Unexpected circumstances and an unquenchable hunger for revenge propel Anne into becoming something she had never imagined she could be.

Is Hunter Hunter on Netflix?

‘Hunter Hunter’ is not on Netflix but fans of thriller movies can instead watch films such as ‘I’m Thinking of Ending Things‘, ‘Fractured‘, and ‘The Devil All the Time‘.

Is Hunter Hunter on Hulu?

‘Hunter Hunter’ is presently not streaming on Hulu. You can alternatively watch similar films such as ‘Parasite‘, ‘The Cabin in the Woods‘, and ‘Coherence‘.

Is Hunter Hunter on Amazon Prime?

‘Hunter Hunter’ is not available to stream on Amazon Prime Video but fans of tense thrillers can alternatively watch ‘The Vanishing‘, ‘The Devil in the Room‘, and ‘APT 17‘.

Where To Watch Hunter Hunter Online?

‘Hunter Hunter’ is available to stream online as video-on-demand on iTunes and Vudu. You can rent or purchase the film to watch it on either platform.

How To Stream Hunter Hunter For Free?

‘Hunter Hunter’ is not available on any streaming service that offers a free trial period so it’s not possible to watch this film without paying for it, as of now. It’s always best to support the arts and pay for the content you are consuming.