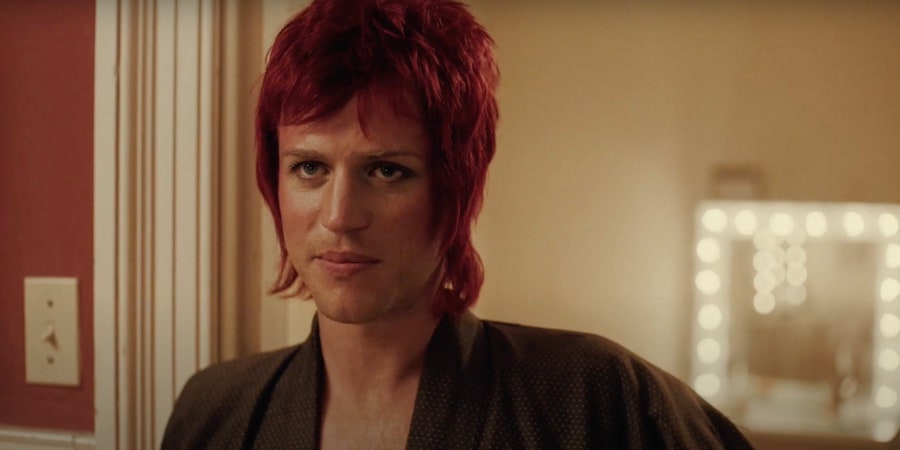 ‘Stardust’ is a biopic about the musical superstar David Bowie and how he created his alter-ego Ziggy Stardust. The film is loosely based on Bowie’s life but the music legend’s family is very outspoken about how they do not endorse or approve of the movie ‘Stardust’. It is for this reason that Gabriel Range’s film about David Bowie’s pre-Ziggy Stardust rise to fame does not contain any songs by the master himself. Even though it is strange to see a film about Bowie without any of Bowie’s songs featuring in it, ‘Stardust’ still makes for an interesting and mildly entertaining watch. But with a subject like Bowie, the film should have been explosive and not merely luke-warm like it is. If you’re wondering about the plot of ‘Stardust’ and where you can stream it, we have all the information for you right here.

What is Stardust About?

The movie ‘Stardust’ apparently chronicles musical legend David Bowie’s early years and rise to fame as he discovers himself and his popular alter-ego Ziggy Stardust. The film, which stars Johnny Flynn as the eccentric genius Bowie, is loosely based on and inspired by the life of Bowie and his creation of Ziggy Stardust. The plot of the film is mostly about Bowie’s 1971 USA tour, his relationship with his first wife Angie (Jena Malone), and how he fears that his brother’s schizophrenia might be a potentially inherited psychosis as he creates the persona of Ziggy Stardust.

Is Stardust on Netflix?

‘Stardust’ is not currently streaming on Netflix. However, Netflix is a treasure trove of great biopics that you can alternatively check out, like ‘The Social Network‘, ‘The Theory of Everything‘, and ‘I Am Woman‘.

Is Stardust on Hulu?

‘Stardust’ is not available to stream on Hulu as of now, but interested viewers can instead watch one of these other musical biopics that are streaming on Hulu – ‘Rocketman‘, ‘Judy‘, and ‘Amy‘.

Is Stardust on Amazon Prime?

‘Stardust’ is not yet available on Amazon Prime, but there are several documentary films about David Bowie that you could watch instead if you are looking to learn more about the man behind the legend. Some of these titles are ‘David Bowie: Stardust‘, ‘David Bowie: Ziggy Stardust‘, and ‘Bowie: The Man Who Changed The World‘.

Where To Watch Stardust Online?

As of right now, ‘Stardust’ is only available to stream as video-on-demand (buy or rent) on iTunes.

How To Stream Stardust For Free?

Currently, there is no way to stream ‘Stardust’ for free since it is not available on any streaming platform that offers a free trial period. If you want to watch this film, you will have to pay to rent or purchase it on iTunes.