Where To Stream The Father? 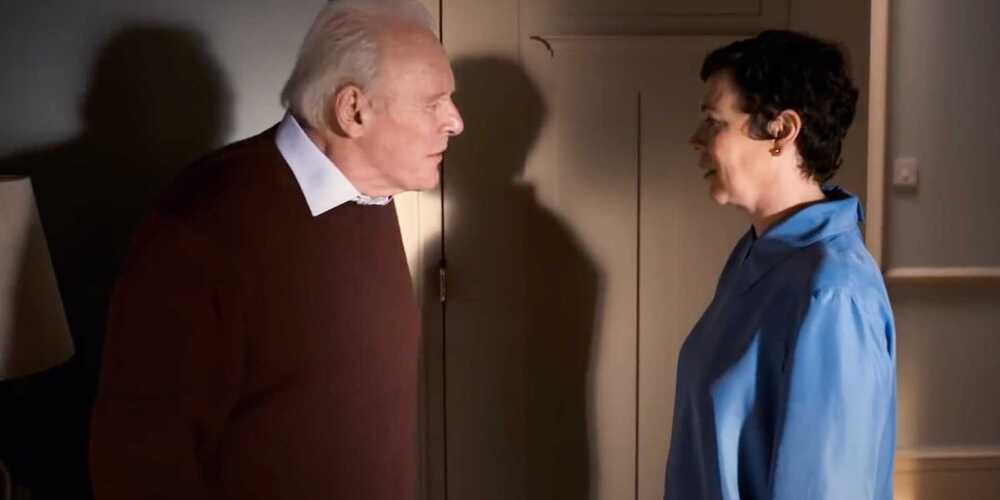 ‘The Father’ is a poignant and powerfully moving tale about a man slowly losing his bearings as he succumbs to old age and struggles to hold onto the disheveled fragments that are his memories now. The great Anthony Hopkins plays a man who suffers from a neurodegenerative condition and is losing his grip on reality as his daughter Anne (a very compelling Olivia Colman) watches helplessly, losing her father before he is even gone.

With clever filmmaking by first-time director Florian Zeller, ‘The Father’ puts the audience right in the crumbling mind of Anthony, the titular dad. The viewers are never sure what is fake and what is real in Anthony’s scrambled memories. We’re right alongside Anthony when he encounters a complete and utter stranger who insists she is his daughter Anne. The supremely expressive Hopkins commands the screen in his heartbreakingly unsure and anguished portrayal of a man who, at one point, screams at his daughter that he is intelligent. Curious to know more about the plot of ‘The Father’ and where to stream it? Here’s all you need to know.

What is The Father About?

Anthony is an 80-year-old man, defiant and proud, preferring to live by himself and rejecting the assistance of hired help that his daughter, Anne, keeps insisting on bringing into the house. But hiring carers is becoming something of a necessity for Anne, who witnesses her father’s slow spiral into dementia without being able to do anything about it. Some days, a total stranger insists she’s Anne, and other days his apartment looks completely different and unfamiliar. Soon, Anthony cannot tell the reality from the imagination as all his memories turn hazy and disorderly. Unsure of everything and wary of everyone, Anthony lashes out.

Is The Father on Netflix?

‘The Father’ is not streaming on Netflix, but interested viewers can alternatively check out similar films such as ‘Brain on Fire‘ and ‘The Theory of Everything‘.

Is The Father on Hulu?

‘The Father’ is not available to stream on Hulu, but people looking for something similar to watch should try streaming ‘Diane‘, ‘The Hero‘, and ‘Little Woods‘.

Is The Father on Amazon Prime?

‘The Father’ is not a part of Amazon Prime’s impressive collection of compelling drama films, but if you’re someone who appreciates heartfelt movies, you would enjoy the likes of ‘The Farewell‘ and ‘Edie‘.

Where To Watch The Father Online?

‘The Father’ is not available to watch online as of now, simply because it is yet to release. ‘The Father’ is slated to be released on February 26, 2021. We will update this space with more information as and when this movie releases on digital platforms.

How To Stream The Father For Free?

‘The Father’ cannot be streamed for free right now since it has not yet released. We will add the relevant links when the movie starts streaming digitally.